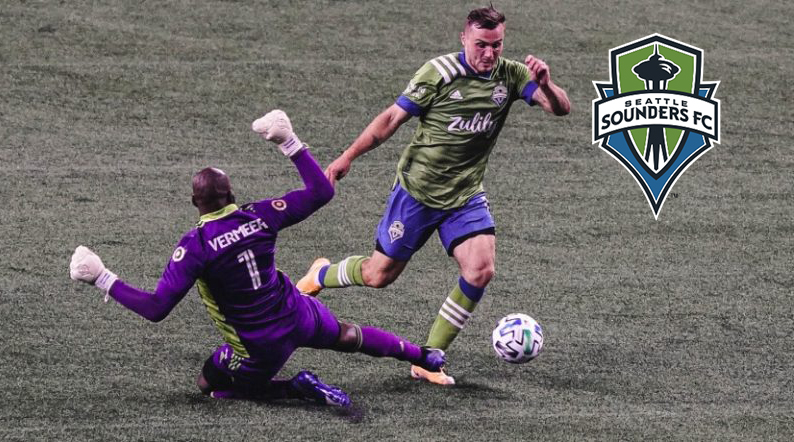 While it was only the Sounders’ second win against LAFC in all meetings, Seattle took all 3 points with 3 stunning goals at an eerie, empty CenturyLink Field on Sunday, August 30th.

Coming off a successful run at the MLS Is Back Tournament, but a surprising loss to cross-town rivals LA Galaxy the week prior, the Black-and-Gold came to Seattle missing two of their most vital playmakers – Carlos Vela (grade 2 MCL strain) and Eduard Atuesta (right foot injury).

Seattle, for only the second time all season, began the game with their first choice starting XI, the same lineup that gave the Portland Timbers a 3-0 stomping the previous week.

In the opening 10 minutes, the Sounders only completed 20 passes while LAFC maintained dominant possession. But in the 11th minute, Raul Ruidiaz continued his current hot streak with a thunderous strike from 25 yards out past a questionably positioned Kenneth Vermeer.

While the score would not change before halftime, the Sounders opened the second half with some of the most dominant soccer they’ve played all season. In the 48th minute, Nicolas Lodeiro slotted a ball over LAFC defenders Jakovic and Palacious with enough pace for an unleashed Jordan Morris to make the run and slot a shot swiftly into the back of the net.

A mere minute after the restart, João Paulo broke free on a counter-attack and played in a pin-point ball for Jordan Morris to grab his second goal of the game.

Diego Rossi would get LAFC on the scoreboard in the 60th minute, but that would be the final goal of the game. In his post-game presser, Bob Bradley had some choice words to describe the mental state of his players, the errors of his goalkeeper, and also the inefficiency of his front 3.