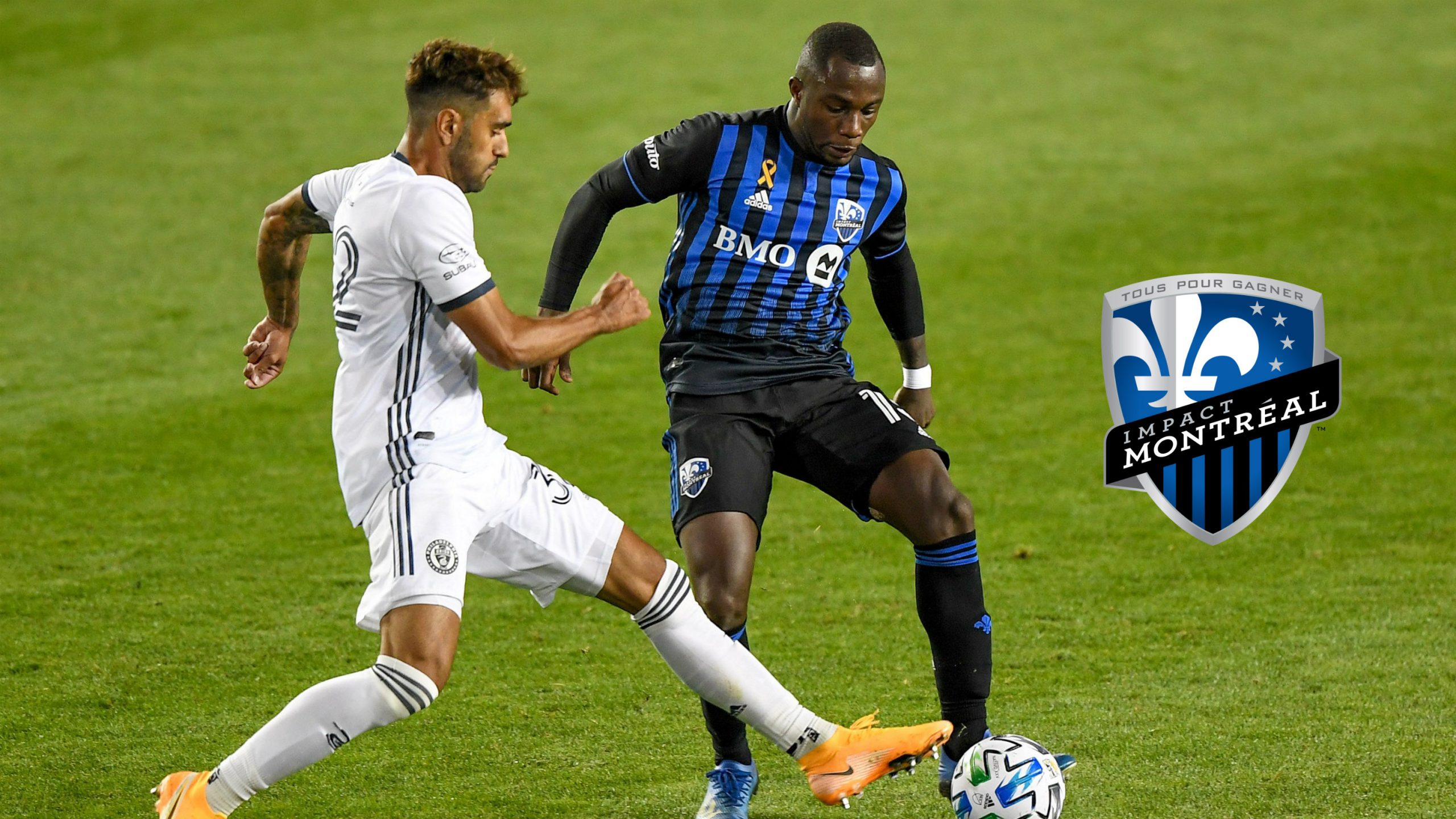 Phase 2 of the 2020 MLS season kicked off right where Phase 1 ended for the Montréal Impact, which is to say with a ridiculous expulsion and a defeat. The Impact have temporarily relocated to Red Bull Arena due to the pandemic, and “hosted” the Philadelphia Union on Sunday evening. Unfortunately for the Impact, the Union are in fine form this season, with Jim Curtin’s side reaping the rewards of a robust academy program.

With defender Rudy Camacho suspended for the Impact, Joel Waterman was given a start, and the enigmatic Bojan returned from an injury. The Union rotated several players, with the most notable being Warren Crevalle’s return to the midfield.

It was a quick start to the scoring for the Impact. Romell Quioto scored the Impact’s first goal from a free kick since 2018, and his sixth goal of the season, in the 5th minute.

Despite the bright start, Quioto’s night would come to an abrupt end when he picked up the Impact’s third red card in as many matches. As defender Mark McKenzie hampered Quioto’s progress upfield, the Impact striker lashed out and elbowed his opponent in the face. In the 16th minute, VAR confirmed that the gesture was intentional and the Impact were down to 10 men with an eternity to play.

Philadelphia would not need an eternity to smell blood in the water. In the 21st minute, captain Alejandro Bedoya was left unmarked to slot in a cross, which was cushioned by Andrew Wooten for the equalizer.

Kacper Przybylko notched a brace, scoring two goals on either side of halftime, first by sending in the Union’s first headed goal of the season and then by finishing off a Brenden Aaronson pass while the Impact’s high defensive line was exposed.

Anthony Fontana would make a substitute appearance to complete the rout, notching the Union’s fourth goal in yet another display of Philadelphia’s trademark homegrown talent.

The only silver lining in this match for Impact fans will be that Karifa Yao, a homegrown central defender, made his professional début and did not look out of place, despite the inevitability of the loss.

With little time before the next match, Impact players have a serious self-reflection to conduct. Selfish reactionary moves have cost the team two consecutive matches, and are leaving fans exasperated by the blatant lack of professionalism, despite the undoubtedly difficult circumstances of the 2020 season. Supporters will look to see eleven players remain on the pitch on Wednesday’s match against the New England Revolution.