Toronto FC Emerges Victorious in a Battle in New England 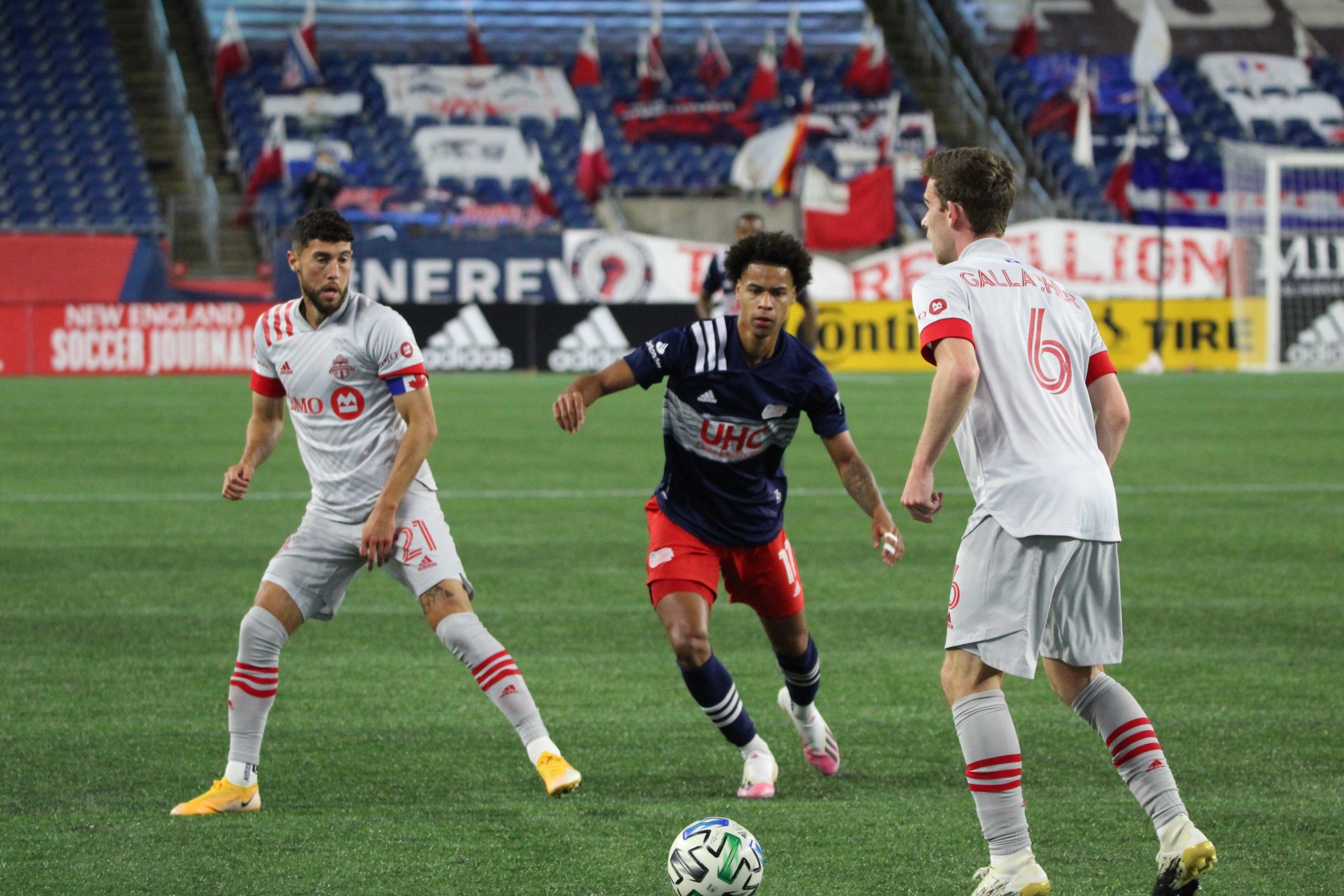 Wednesday evening saw a New England match-up (if you can call it that, as Toronto FC calls Connecticut home these days) between New England Revolution and Toronto FC. Both teams headed into the match looking to extend their unbeaten streaks. While Gillette Stadium has not historically been kind to Toronto FC, they took the lead first and held onto it for a 0-1 win.

Toronto FC saw a number of changes in their starting lineup due to both injury and squad rotation. Tony Gallacher, Laurent Ciman, and Alex Bono all secured spots in the starting lineup, with Bono making his 100th start for the Reds. Jonathan Osorio continues to wear the captain’s armband while Michael Bradley is out with a knee injury.

Both teams were forced to defend early on, with box-to-box play and chances for both sides. In the end, it was Ayo Akinola, playing as the lone striker while Jozy Altidore battles another injury, who opened up the scoring in the 29th minute, after shouldering his way past the defender. No foul was called on the play, despite some protest by New England, and the goal stood to give Toronto the lead.

The remainder of the first half was relatively unremarkable, except when tempers flared in the 39th minute after a collision between Tommy McNamara and Pablo Piatti. No cards were awarded and play resumed without incident. Toronto almost gave up their lead in the 45th minute when Bono was caught out of the net during a scramble in the box, but his teammates were able to clear the ball to keep the scoresheet clean.

The second half was a nail biter, full of physical play and chances on goal for both sides. Bono, for better or for worse, was forced to make some of the game-winning saves he’s known for throughout the second half, with a jaw-dropper in the 58th minute. A penalty kick was awarded to New England in the 67th minute, but Buksa sent it high over the crossbar.

In the end, Toronto was able to maintain their early lead to take all 3 points “home” to East Hartford and the sole spot at the top of the league standings. Catch them next on Sunday, October 11th at 7:30 pm EST as they try to extend their unbeaten streak against Cincinnati FC.