Montréal Impact Right the Ship with Win Over Crew 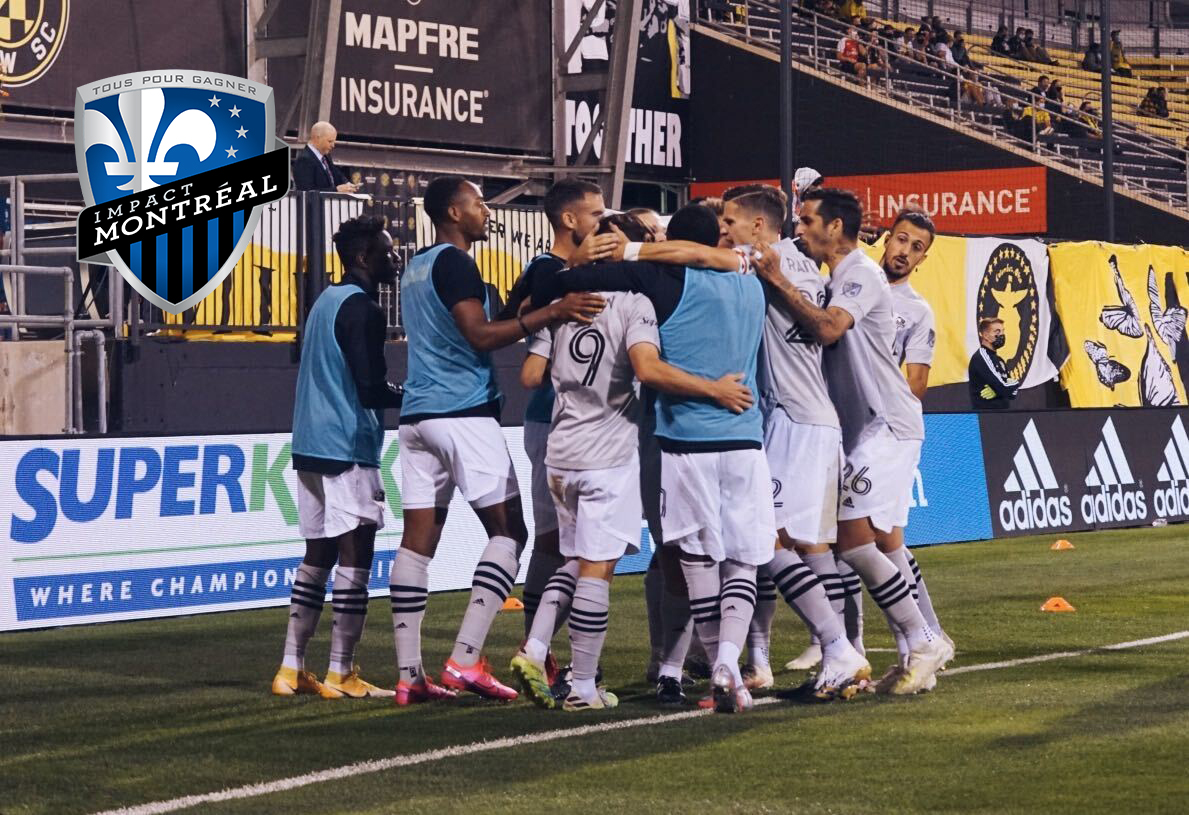 It’s been a long and dreary Phase 2 of the 2020 MLS season for the Impact. Exiled to Red Bull Arena due to border closures amidst the pandemic, the team was coming off 5 winless matches, having picked up just one point against the Chicago Fire on Saturday. With an injury list nearly as long as a gameday team sheet, traveling to Columbus to face a formidable Crew who were undefeated at home seemed like the tallest of orders for Thierry Henry’s troops.

Both teams were missing significant difference-makers in their squads. The Impact continued to do without Saphir Taïder and Emmanuel Maciel in midfield, as Orji Okwonkwo and Romell Quioto are also absent on the attacking front. Amar Sejdic was given a rare start in midfield as a result, while Bojan and Lassi Lappalainen were tasked with leading the attack. The home team was missing MVP candidate Lucas Zelarayan, Darlington Nagbe, and GK Eloy Room through injury, forcing Caleb Porter to shake up his team as well, notably inviting 18-year-old Aidan Morris to start.

The visitors got off to a strong start, with Sejdic nearly capitalizing off a poor giveaway by the Crew’s defense, denied only by the woodwork. The two teams would play a thoroughly watchable end-to-end opening 30 minutes, as Lappalainen was rewarded for nodding in a Bojan strike which rebounded off the crossbar to open the scoring in the 24th minute.

As has been the case many times this season, the Impact became more and more penned into their defensive third as the Crew pressed for an equalizer, and halftime couldn’t come quickly enough. In fact, halftime did not come quickly enough – Gyasi Zardes scored his 10th and likely easiest goal of the season as a botched clearance by Luis Binks bounced off him to equalize in the 45th minute.

Columbus came out on a mission to dominate possession and laid siege to the Impact’s half of the field in the second half. The familiar “bend but don’t break” mentality set in as the Impact repelled cross after cross and as Clement Diop made 4 saves to atone for his errors in the previous match. In a rare venture into the Columbus 18 yard box, Bojan earned and scored a penalty which was given by VAR in the 74th minute to seal the score at 2-1 for the visitors.

While this match was not representative of a true contest between these foes due to the absence of key players on both sides, the Impact will no doubt feel like they’ve committed highway robbery in handing Columbus their first home loss of the season. In a match which most pundits and fans had written off in advance, the Impact surpassed expectations and demonstrated a full 90 minutes of engagement and aggressiveness. The team won’t have long to rest on their laurels, another tall order looms with a visit to the Philadelphia Union on Sunday, October 14th.