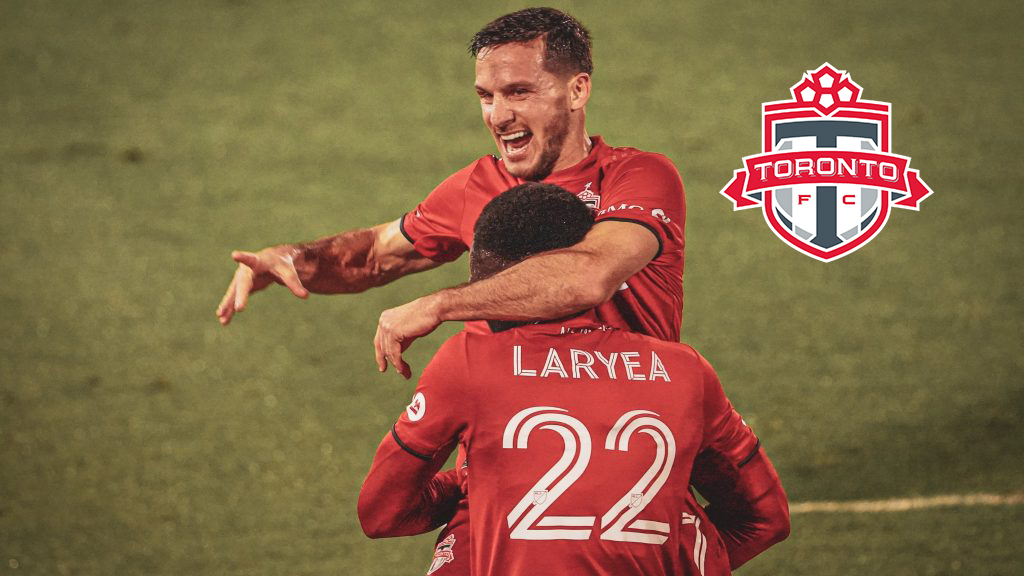 Toronto FC’s quest towards…well, not the Supporters’ Shield apparently, continued Sunday evening as they faced Atlanta United for the first time this season. Toronto was looking to extend their unbeaten streak to nine games while Atlanta was surely looking for some redemption after an upset loss to Toronto in last year’s Eastern Conference final.

After a busy stretch of matches, Toronto’s injury list was a lengthy one. Chris Mavinga, Eriq Zavaleta and Ayo Akinola were all out, to the surprise of many, with undisclosed injuries which were reported later to be minor muscle strains. Alex Bono was unavailable due to a dislocated finger that required surgery, while both Jozy Altidore (hamstring strain) and Justin Morrow (calf strain) continue their recoveries. Fortunately, captain Michael Bradley made his much-awaited return to the bench from a knee injury.

With so many changes to the starting lineup, Toronto struggled to find their rhythm at the start. As such, Atlanta dominated early possession, with three corner kicks in the first ten minutes alone. By effectively closing in on the midfield, Atlanta was able to limit the ability of Toronto’s playmakers in the center third to create opportunities and develop a rhythm.

Toronto was forced to make an early change, with Jonathan Osorio heading off injured and Bradley coming on in his place in the 20th minute. After a slower start, Toronto found its rhythm as the half went on. Tony Gallacher put in an impressive fight at left back in only his second start for Toronto FC. The goalkeepers were left largely to their own amusement and the first half ended scoreless for both sides.

Both teams made use of halftime substitutions; Toronto predictably brought on Richie Laryea for Tony Gallacher while Ezequiel Barco and Marcelino Moreno, their newest Designated Player, came on for Atlanta.

The pace was quick, right from the whistle, for a nail biter of a second half. The midfield battle continued, while both goalkeepers were finally put to the test. However, despite plenty of buildup play, it seemed like neither team would be able to break down the other’s defence.

Toronto’s Quentin Westberg made a crucial diving save in the 68th minute to deny Erick Torres a header and keep Atlanta scoreless. Jayden Nelson, the Canadian youngster who came on in the 66th minute, may not have been able to find the back of the net, but made much more of an impact than in his previous appearances, controlling the left wing.

The deadlock remained until the final minutes of the match when Richie Laryea proved once again that defenders should fear going one-on-one with him. Pablo Piatti was able to finish a cross from Laryea in the 89th minute to give Toronto the game winner.

While Toronto was able to grind through the match to pull off the win, their fatigue after five matches in 16 days was obvious. This week brings a well-deserved rest before they face Philadelphia Union on Saturday, October 24th at 7:30 pm EST — A crucial match in determining who will finish atop the regular season standings.