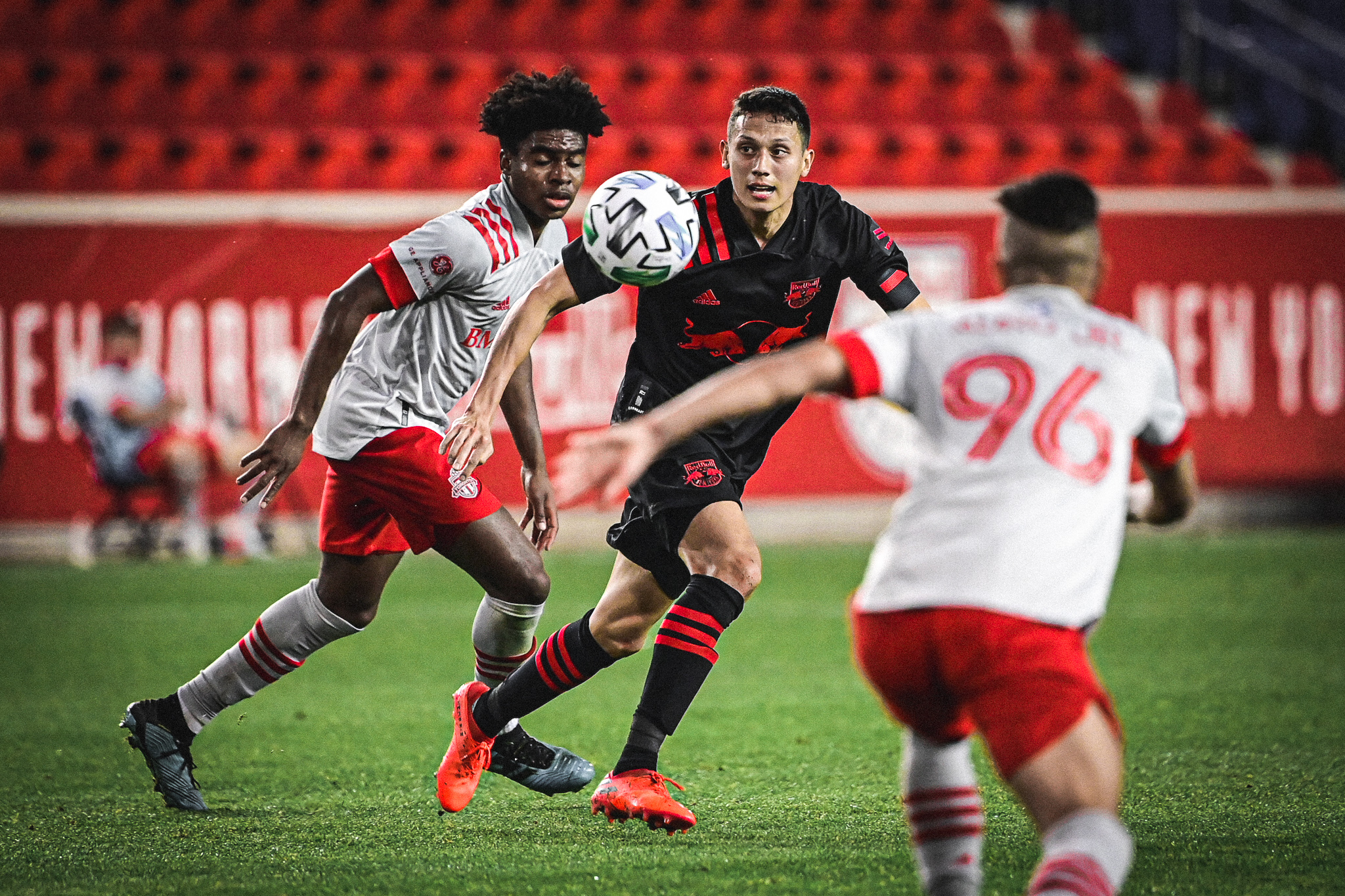 From the top of the standings to the bottom, MLS Decision Day 2020 was a big one for many teams. Tied by points but far behind in goal differential, Toronto FC had a difficult path to victory but wasn’t officially out of the Supporters’ Shield race when they faced New York Red Bulls on Sunday afternoon.

In the end, the 2-1 loss to New York Red Bulls combined with Philadelphia Union beating the New England Revolution meant that Philadelphia would take home the Supporters’ Shield for the 2020 season.

After a recent series of injuries, Toronto FC’s lineup was looking closer to full strength than it had been in a while. While Pablo Piatti was still unavailable, Jonathan Osorio returned to the starting lineup and Jozy Altidore began on the bench.

The first half of the match was one to forget for Toronto, finishing the half down by two goals and with few positive points to build on.

Toronto struggled to develop any sort of rhythm and lacked the fight of a team still in a spot to win the Supporters’ Shield. Turnovers and ball watching were the ways of the game, not helped by New York’s rough play which led to 12 fouls and two yellow cards for the home team in the first half alone.

The first real chance of the game came in the 11th minute when Alejandro Pozuelo fed a through ball to Ayo Akinola, but his shot went wide. Chris Mavinga’s failed attempt at an acrobatic bicycle kick off a corner in the 18th minute left fans chuckling and imagining what a spectacular first goal in a Toronto FC jersey that would have been for the beloved defender.

The wheels finally fell off the bus when poor defending lead to goals for New York from Tom Barlow in the 24th minute and Brian White in the 26th minute. Toronto was dealt another blow when Richie Laryea appeared to go off injured in the 37th minute. He decided to continue but was subbed off in the 41st minute with a groin injury.

The final moments of first-half stoppage time almost brought a goal but that flicker of hope was put out when Nick DeLeon failed to finish the cross from Pozuelo.

A much more energetic and organized Toronto FC took the field for the second half.  18-year old Ralph Priso came on as a substitution for Osorio, bringing much-needed energy to the attack. They finally broke through in the 50th minute when Tsubasa Endoh scored his first goal of the season off the rebound from DeLeon’s shot.

The strong start to the second half gradually lost its vigour, with plenty of chances for Toronto FC but no one able to find the back of the net again. Youngsters Priso and Jayden Nelson put in strong performances, making positive impacts and showing just how much promise lies ahead in their careers.

While the match and the shield race may not have ended as hoped, Toronto FC came back from a difficult first half to finish the game on a more positive note and earned a well-deserved trip home to Toronto for some family time. With the regular season behind them, they are now off to the playoffs. Their first opponent will be the highest seeded team remaining after the Eastern Conference play-in matches.