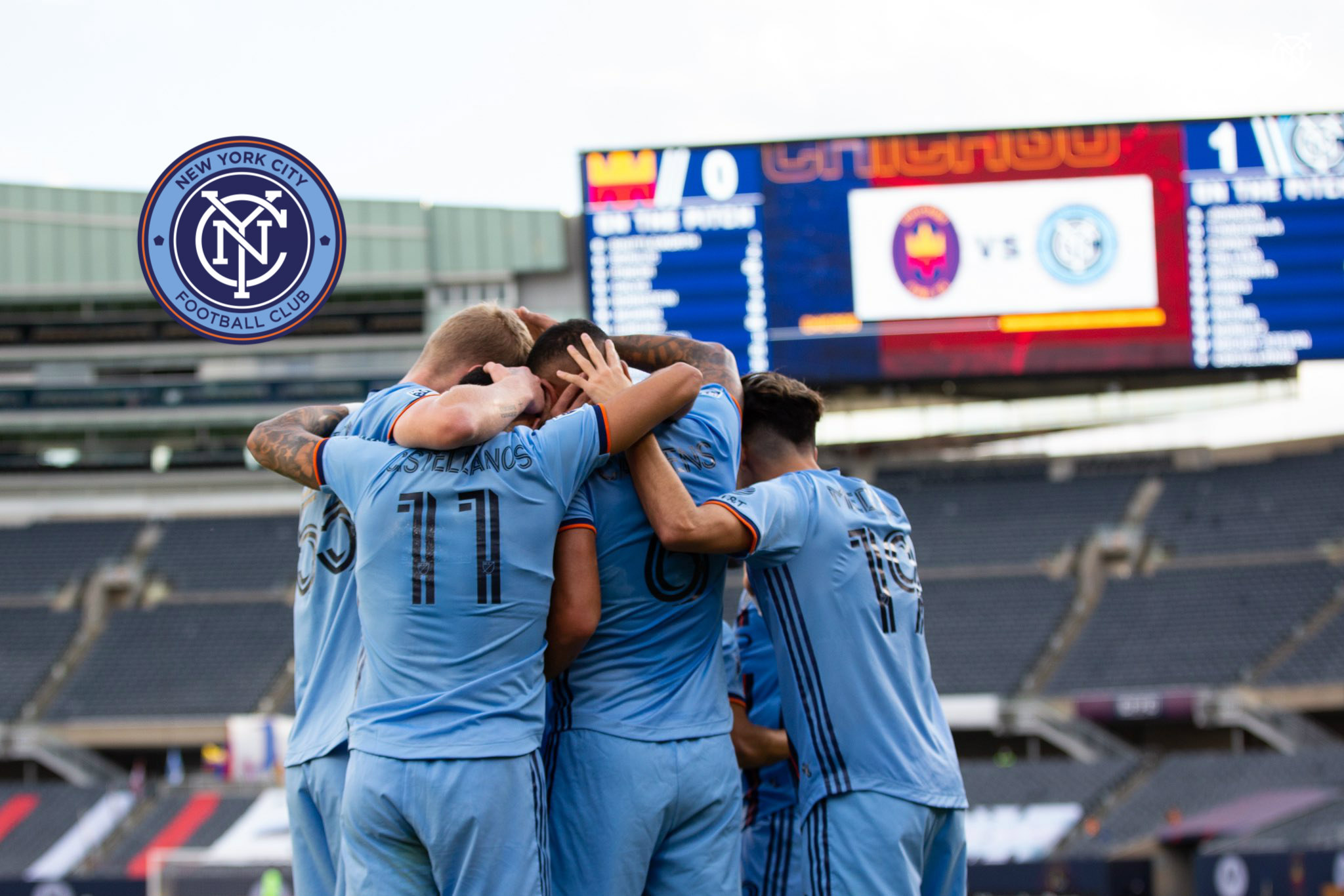 NYCFC Head Coach Ronny Deila continues to demonstrate his coaching philosophy before our very eyes. On MLS’s Decision Day 2020, in another impressive performance, New York City FC chalked up one more victory in the regular season against Chicago Fire FC. NYCFC finish the regular season (if you can really call this a regular season) in 5th place with 39 points, less than ten points behind Supporters’ Shield winners Philadelphia Union.

While City was the overall winner of Sunday’s match at Soldier Field, it was not without a fight. Chicago Fire opened the game with dominant possession and a shot within the first ninety seconds (thanks to an error from Alexander Callens). Chicago FC was performing under immense pressure. They needed a victory in order to clinch a berth in the playoffs. NYCFC had already punched a ticket to the postseason, but needed a victory (plus some help from Columbus and Atlanta) to land home field advantage.

Near the fifteen minute mark, NYCFC defender Alexander Callens was able to shrug off his jitters from his error early in the game, rise up to meet the ball in midair, and redirect it into the back of the net. It was Callens’ second goal this season.

In what proceeded to be the wildest fifteen minutes of NYCFC’s season this year, five goals were scored between the two teams. First, Gary Mackay-Steven scored to put City up 2-0. The jubilation was short-lived as Fire’s Robert Beric responded with his own goal less than one minute later. Jesus Medina continued his scoring streak by adding one more to NYCFC’s tally in the 37th minute. (Medina continues to improve his performance with each game. Ideally that form will continue into the playoffs.) Beaten down, but not out, Chicago roared back to life with two goals from Frankowski who chalked up the brace in two minutes. The firestorm of a half came to an end with the teams tied 3-3.

In a strange turn of events, Deila subbed off Alexander Callens for Sebastien Ibeagha at the start of the second half. As the teams fought for possession back and forth, neither was able to find a goal. NYCFC had several crucial counter-attacks off of sloppy Fire plays, but Chicago goalkeeper Bobby Shuttleworth was able to stifle most of the shots that were on target.

Finally, in the 77th minute, NYCFC forward Valentin Castellanos found himself making an excellent read of a poor pass and was able to intercept the ball and send it past Shuttleworth to put NYCFC up 4-3. In the dying embers of regular time, Chicago pressed hard to find their equalizer and their playoff hopes, but ultimately was unable to seal the deal. Chicago Fire’s season is over.

NYCFC are now 12-0-0 when scoring first in games. They will hope to continue that hot streak when they visit Orlando for the first round.