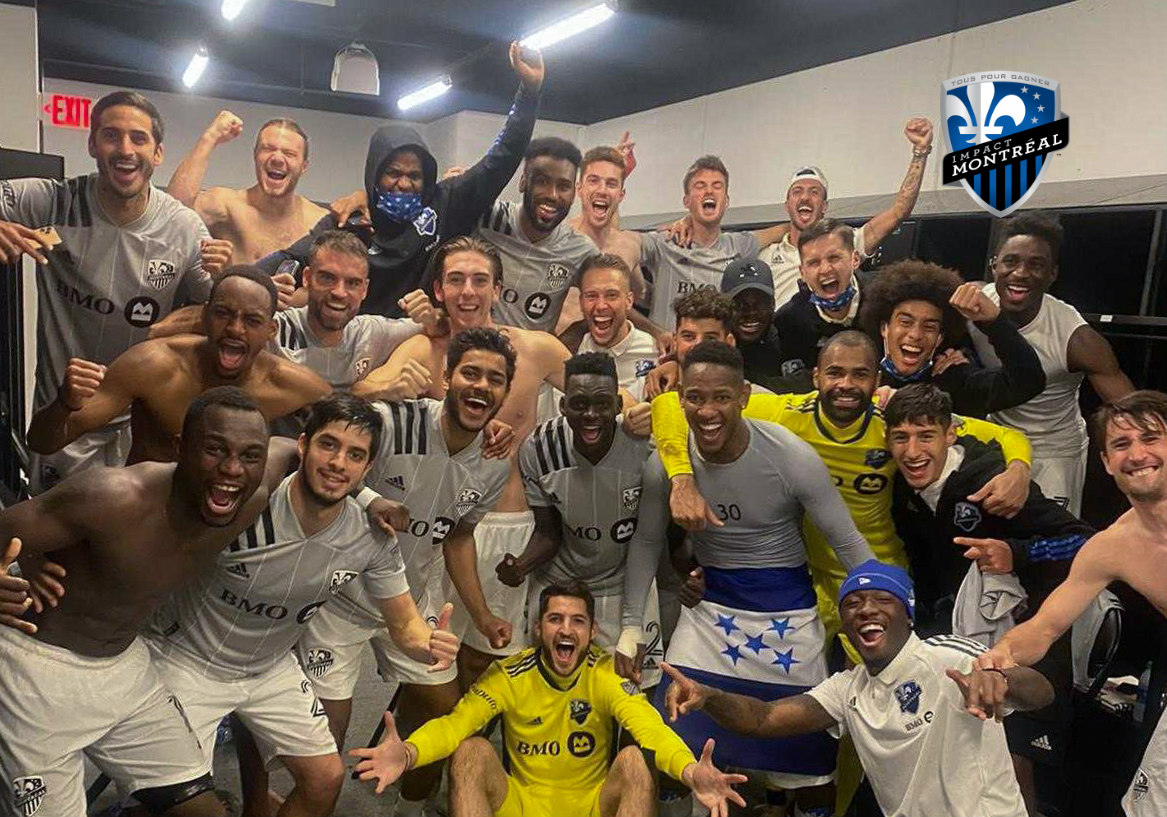 Leave it to the Montréal Impact to do it the hard way. As always, the Impact kept fans on the edge of their seats as the team catapulted down in the Eastern Conference standings week after week. The Impact entered Decision Day in 9th place, and were faced with a virtual do-or-die scenario as other teams vying for the same playoff spots faced off at the same time.

The Impact had been in an abysmal run of form since beginning their exile to Red Bull Arena due to border closures, going 2-8-1 in the last phase of regular season play. Individual errors continued to cost the team vital goals as morale appeared to dip to an all-time low. That can be understood to a degree, with the team living in a hotel and far away from their loved ones, unable to train due to quarantine rules on their few visits home. It can be said that how Impact found themselves in a playoff spot at all was something of a miracle.

Entering Audi Field to face DC United for the climax of the season, Thierry Henry shook things up – granting homegrown striker Anthony Jackson-Hamel his first start of the season while withdrawing Luis Binks from the defense in favour of Rod Fanni. Most notable for the hosts was the return of Paul Arriola after an ACL injury. He began on interim coach Chad Ashton’s bench.

The Impact promptly got off to their usual chaotic start, conceding an umpteenth set-piece goal in the ninth minute as DC defender Chris Pines headed in a ball from a corner. The Impact quickly equalized when Bojan tapped in a low pass from Romell Quioto in the 13th minute. Ola Kamara came off the bench due to Gelmin Rivas’ injury to put DC United ahead 2-1 by halftime, again scoring off a set-piece.

Between the scores elsewhere and a very poor record running against the Impact, they began the second half temporarily in 12th place in the conference. Despite dominating possession and launching a variety of fruitless crosses, it appeared the Impact would not be able to come back from the brink. However, for as poorly as they defended set pieces, the Impact managed to use a corner to their own advantage as Victor Wanyama sent a thunderous header past DC keeper Bill Hamid following a failed clearance.

Debutante substitute Mustafa Kizza and midseason acquisition Mason Toye would go on to combine on an assist for the game-winning goal, scored by Romell Quioto in the 88th minute. Despite a late red card for Samuel Piette, the Impact came back from a losing position at halftime for the first time this season to win and advance to a play-in versus New England Revolution.

Given that the play-in match will take place directly following an international break in a pandemic, the Impact risk playing without several important players, including captain Jukka Raitala and Victor Wanyama. Additionally, Piette will be suspended. Nevertheless, given the incredibly difficult circumstances in which the team had to live and play this season, supporters should not look forward with dread but instead reflect on the Herculean effort Henry’s men demonstrated at the most crucial moment to return to the playoffs after a three-year absence.

The Impact will visit Gillette Stadium on Friday, November 20th at 6:30 PM to face New England Revolution in a knockout match. The winner will face Philadelphia Union.