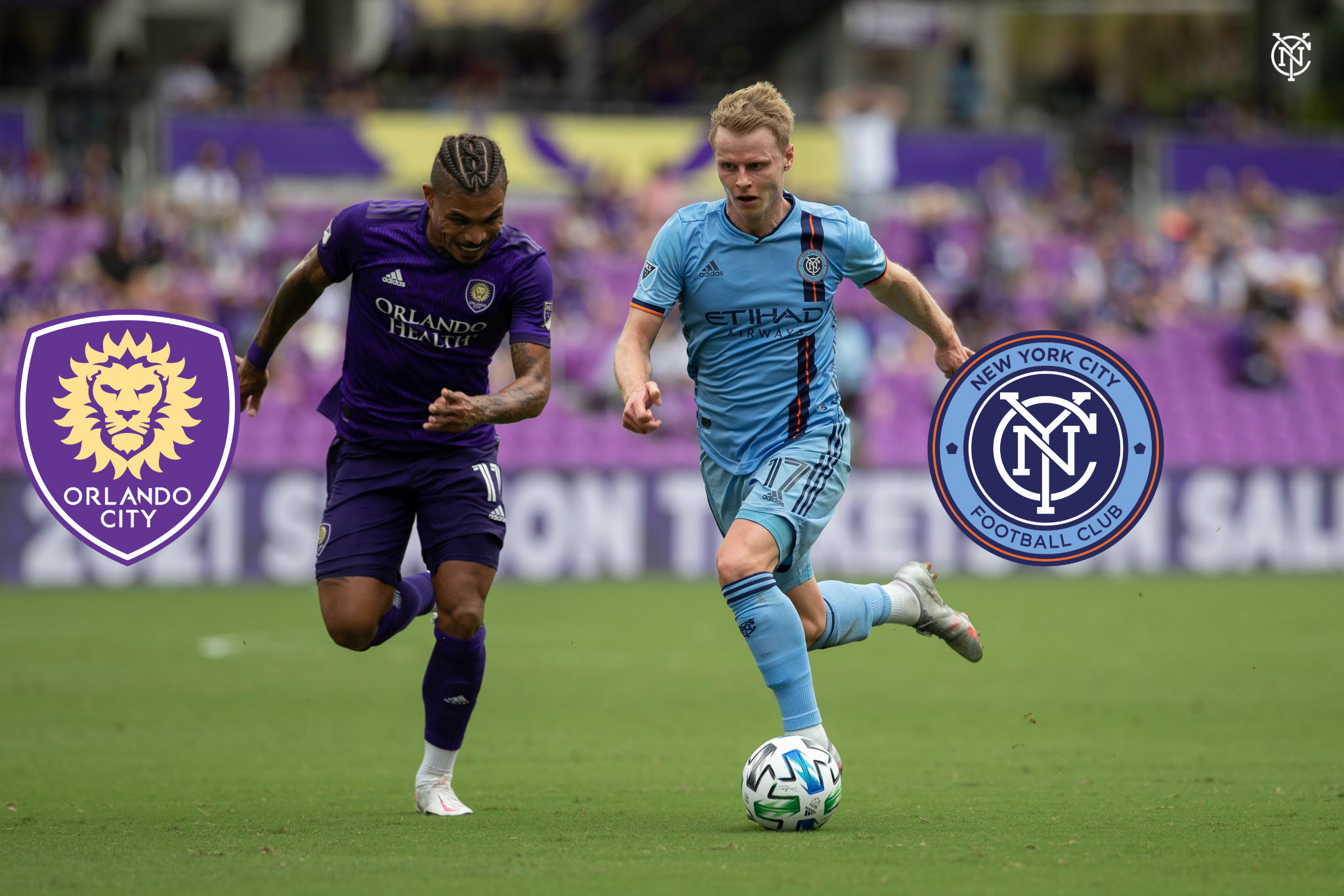 In what was perhaps one of the most chaotic MLS matches in recent memory, Orlando City SC emerged the victor after a slew of confusing events and calls in their playoff opener against New York City FC on Saturday afternoon. Orlando started the game hot by converting a PK in the 5th minutes, awarded after the ball bounced off of Anton Tinnerholm’s arm in the box, but NYCFC equalized just a few short minutes later when Maxime Chanot redirected a corner kick into the net.

What followed for the remainder of the first half and into the second was a even match where both teams maintained possession of the ball for reasonable periods and took advantage of it to fire shots. NYCFC excelled in almost every category including shots, shots on target, completed passes and possession, but the lack of finishers on the field was painfully obvious. Even as an NYCFC fan, I have to give credit where credit is due: Orlando’s goalkeeper Pedro Gallese was arguably the best player on the pitch, saving shot after shot and even cleaning up rebounds when he couldn’t hang onto the ball.

Deep, deep into the second half, the drama started to unfold. As the forced rivalry between the two expansion teams from 2015 continued to show itself through aggression and heated confrontations, first official Alan Chapman rapidly lost control of the game. In the 70th minute, NYCFC’s Taty Castellanos was the first player to receive a yellow card. Tempers flared in the 78th minute when Orlando’s Ruan completely leveled Anton Tinnerholm in an aerial collision. With no eyes on the ball, Ruan shouldered Tinnerholm directly to the face and commentators and supporters alike were appalled that Ruan walked away with only a yellow card. Tinnerholm was cleared to play on, but then pulled from the field in extra time after video review deemed him unfit to play due to concussion protocol.

Not ten minutes later, Ruan received a straight red card after he kicked Gary Mackay-Steven’s thigh in retaliation for the midfielder shoving down onto his rib cage after they both fell to the ground chasing a ball. Ruan earned himself an Oscar for writhing on the ground as if his rib was broken until he was dramatically dragged (by his own teammates, not medical staff) off the pitch. He then hobbled to a wheelchair and was wheeled away in apparent agony.

Despite ten minutes of stoppage time added for the theatrics, the second half came to an end in a 1-1 deadlock. In the single elimination playoff format, that meant 15 minute periods of added time. An already gassed NYCFC put on another frustrating display of their inability to finish a run. Thirty minutes were not enough for the Boys in Blue to get past a ten-man Orlando defense and the game, once again, finished in a draw.

Third Rail Bronx supporters watching the game via a zoom call all feared the worst going into the penalty kicks. New York City FC has not had a good record in PK shootouts and Orlando had the home-field advantage. Seeing Maxi Moralez approach the penalty spot only added to the anxiety. Sure enough, Maxi’s shot pinged off the crossbar, which set the expectations for the remainder of the shootout.

Supporters began pacing around the room and praying to any deity that would listen (I pleaded, I want to get off Mr. Chapman’s wild ride.), but their prayers fell on deaf ears. Arguably NYCFC’s best striker left on the active roster, Taty Castellanos stepped up the spot, shot, and watched as Pedro Gallese saved the shot and Orlando began celebrating their first playoffs victory. Coach Oscar Pareja was seen sprinting down the hallway to the locker room in glee.

Excitement from the Lions’ players, coaches and supporters turned to confusion as a group gathered on the field. VAR had determined that Gallese had stepped off his line prematurely and the PK was ruled invalid. Gallese was also already sitting on one yellow card from earlier in the match, so his second was followed by a red and a premature exit from the shoot out.

Now, while a small group of supporters watching the match online was able to figure out that a player from the outfield had to move into the box and no substitutions were allowed before actual PRO referees will forever be a mystery. When Orlando’s backup goalkeeper first geared up and stood on the line, TRBX supporters were already discussing if it was legal. Not a few seconds later, the goalkeeper was escorted back off the line and laughter erupted over the complete mess of officiating that was this game. Defender Schlegal stepped forward to become the impromptu goalkeeper and, after probably five minutes, Taty finally retook his shot, which slipped over the line. Now 4-4, the game was still on.

NYCFC keeper Sean Johnson faced off against star striker Nani and made an incredible save, reigniting hope in NYCFC supporters everywhere. Both teams converted their next (sixth) shots, bringing the tally to 5-5. Sadly for the Pigeons, that hope quickly diminished when Gudi Thorarinsson chipped the softest shot right at Schlegal who easily blocked it. Chapman then signaled that the game was over, another incorrect call. Orlando still needed to convert their final PK. They did so and were finally able to officially celebrate their first-ever playoff win.

Orlando City SC will have to watch Philadelphia Union and New England Revolution on Tuesday, November 24 at 8PM EST to see who their next opponent will be. NYCFC return home to recuperate from a stressful season – during a worldwide pandemic that has left many exhausted – and will prepare to look ahead to 2021.