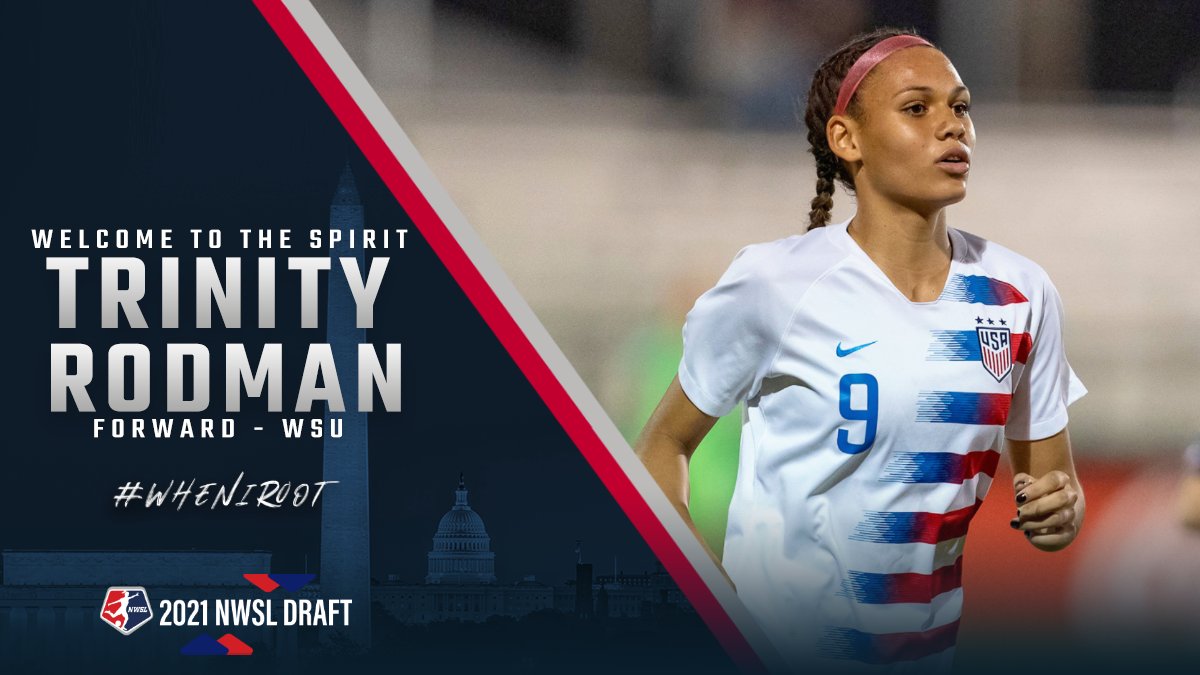 The 2021 NWSL Draft occurred on Wednesday, January 13th. Lasting a little over four hours, it is one of the most successful drafts yet, sending players with great potential to teams all across the league. Let’s break down the top 10 picks!

1- Emily Fox (UNC) to Racing Louisville: With the first pick in the 2021 Draft, Racing Louisville chose defender, Emily Fox. Fox notably attended the USWNT’s January camp. Check out this video of the team reacting to her selection:

2 -Trinity Rodman (Washington State) to Washington Spirit: The 18-year-old US Youth International never played a game with her collegiate team, Washington State, and instead opted to go professional directly out of high school. Despite her young age, she is no stranger to the sports spotlight. Her father is former NBA star, Dennis Rodman.

3- Brianna Pinto (UNC) to Sky Blue FC: UNC Midfielder Brianna Pinto joins SBFC. Pinto was awarded the 2019 US Soccer Federation young player of the year. As a North Carolina native, she grew up playing in the NCFC youth system.

4-Kiki Pickett (Stanford) to KC WoSo:  In one of the biggest storylines of this draft, KC WoSo (the relocated Utah Royals franchise) traded up with $175,000 to Sky Blue to secure the fourth draft pick. This worked out well in their favor because Stanford forward, Kiki Pickett, was still available for selection. The two-time national champion and USWNT prospect will be a great addition to her new team.

5- Emina Ekic (Louisville) to Racing Louisville. The reigning ACC Offensive Player of the Year will be joining her college town team, Racing Louisville. Ekic had 29 goals in 66 appearances for the Cardinals and will bring an offensive spark to the new NWSL franchise.

7- Madison Haley (Stanford) to Chicago Red Stars: Much like Pickett, Chicago drafted a two-time national champion and a USWNT prospect in Haley.

8- Tara McKeown (USC) to Washington Spirit: The 2019 PAC-12 Forward of the Year will join the Washington Spirit. She was also a semifinalist for the 2019 Heisman award, which is given to the best player in college soccer.

9- Viviana Villacorta (UCLA) to Orlando Pride: USWNT Youth International, Villacorta, will be an exciting offensive player to watch. Heading to Orlando, and having the opportunity to learn from the likes of superstars Alex Morgan and Marta, will benefit Villacorta immensely as she bolsters Orlando’s offens.

In breaking USWNT news, Brazilian-born dual national Catarina Macario has been a highly anticipated player for U.S. fans. The two-time Heisman Stanford forward’s application for the one-time nationality affiliation switch was confirmed Wednesday morning. Although she signed with European giants Lyon for the next 2.5 years, we will definitely see her on the pitch for the USWNT. She attended January camp with the team and is set to make her debut later this month as the USWNT play two friendlies.