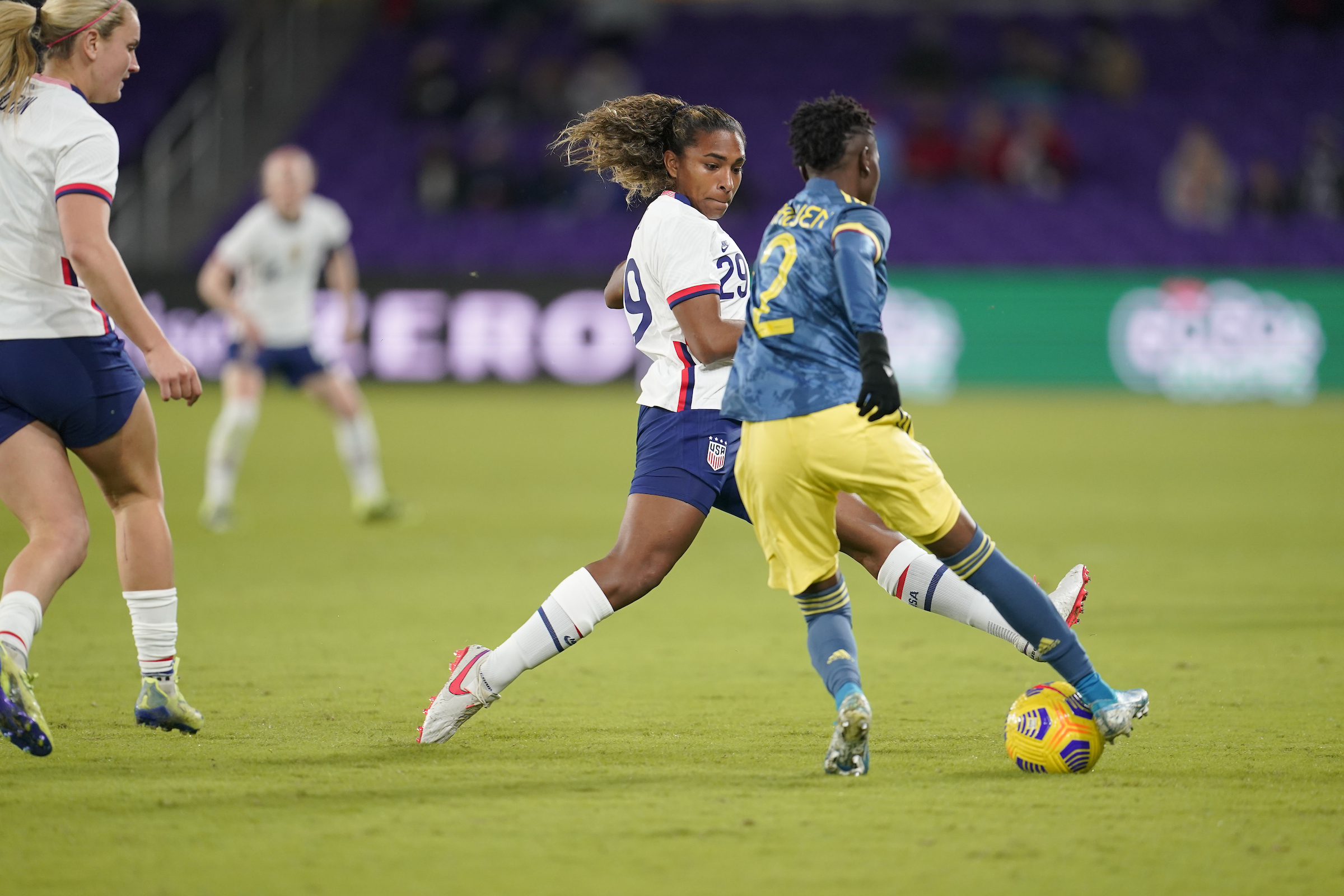 The United States Women’s National Team played two friendlies against Colombia as a part of their January Camp. The match on January 18th resulted in a 4-0 win with a hat trick by Samantha Mewis and a goal from her older sister, Kristie Mewis. The second friendly on January 22nd ended in a dominating 6-0 win with Macario, Rapinoe, Williams, Horan, and Purce all contributing.

The Colombian team had only 9 players on their roster with 20 or more caps. Even though the competition was not as strenuous as the U.S. is used to, there were multiple things fans can take away from the first two matches of 2021.

The USWNT will next play in the 2021 SheBelieves Cup, with the first game kicking off on February 18th. They will play Canada, Brazil, and Japan in a round-robin style tournament. As always, stay tuned for more women’s soccer coverage!