SheBelieves Cup Kicks Off in Orlando 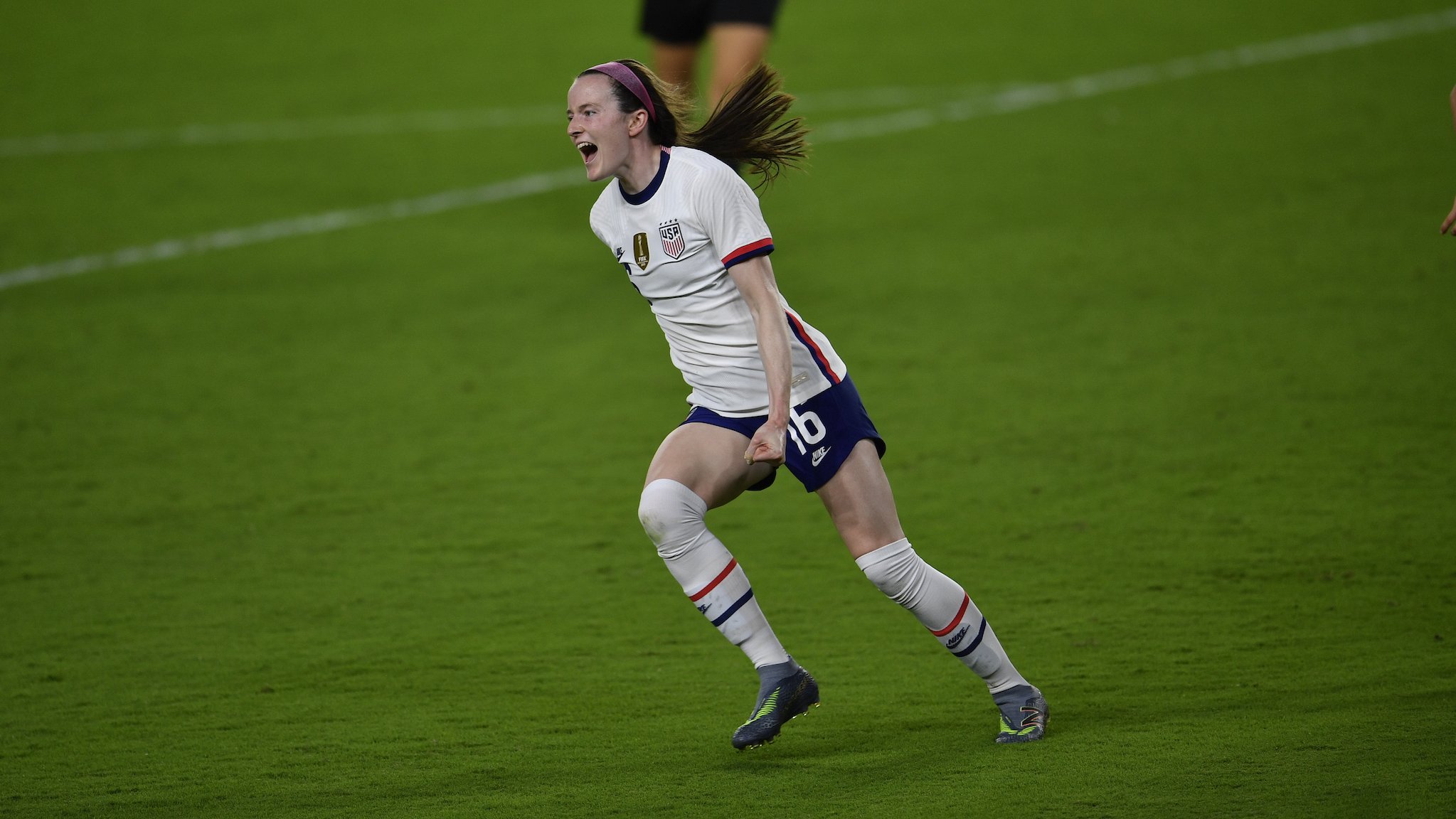 In the opening round of the 2021 SheBelieves Cup the USWNT took on their northern rivals, Canada. With a plethora of NWSL and FA WSL players filling the roster, this match was set up as the biggest test either team has faced this year.

Canada matched the United States with a 4-3-3 formation which applied adamant pressure in the midfield to disrupt the USA’s usual dominant style of play. However, the USWNT combatted this by pinning all of their field players in Canada’s defensive half. The USWNT offense shined in their high press in the 18, creating multiple scoring opportunities as they took advantage of goalkeeper mistakes.

The breakthrough did not come until head coach Vlatko Andonovski subbed in almost a full forward line. Rose Lavelle, Alex Morgan, and Christen Press came in for Catarina Macario, Carli Lloyd, and Megan Rapinoe. In the 79th minute, Rose Lavelle found the back of the net after a failed clearance by the Canadian defense. The rest of the match remained scoreless.

The best chance for Canada came in the 53rd minute with Nichelle Prince unselfishly passing to Janine Beckie in a 2v1 on goal. However, Beckie could not convert.

Brazil beat Argentina in the first match of the 2021 SheBelieves Cup. Argentina were missing three players due to COVID-19 protocols. Marta opened up the match in the 30th minute by converting a penalty. After halftime, goals by Debinha and Adriana secured the lead. In the 60th minute, KC WOSO player Mariana Larroquette put Argentina on the board. Geyse scored in the 82nd minute to bring Brazil to four goals.

On Sunday, February 21, the second round begins. The USWNT takes on Brazil at 3 pm EST on FS1. Then, Canada and Argentina meet at 6 pm EST on FS2.