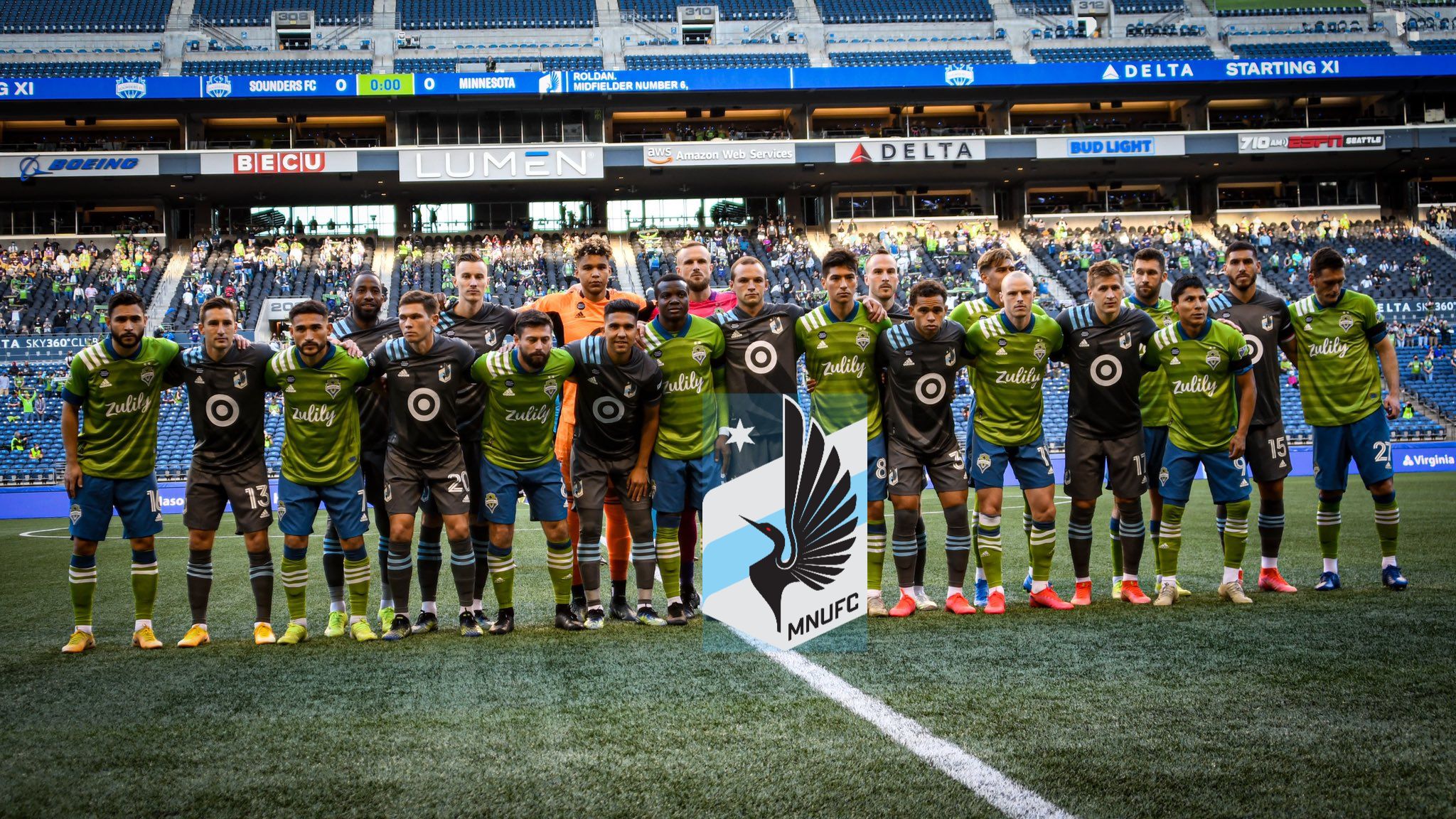 With every new season, there is hope. With every rematch, there are flashbacks. Minnesota United FC went into the season opener in Seattle with a tested attack and new tactics, but all signs of improvement were tempered by the same old tricks.

With Emanuel Reynoso and Robin Lod leading the attack, the Loons came out of the gate in an aggressive high press, crowding the Seattle defense and planting a flag in the final third early. Even without getting a single shot off, the visitors clearly dominated the opening 15 minutes. With Hassani Dotson filling the left wing role vacated by Lod, Minnesota’s attack was heavy on the right wing, Reynoso’s ankles drawing a lot of attention while Romain Metanire and Ethan Finlay pushed down the right flank. Though he hardly ever found himself in front of the net as fans have come to expect, Reynoso’s footwork was a clear highlight of the side’s first half effort. While Minnesota’s lineup was nearly identical to the one that faced a much different Seattle side in December, the tactical switch was striking.

Though there’s no sign of it on the scoresheet, Minnesota spent a lot of time making short, quick passes into the final third on Friday (left image). This is a promising sign for a rejuvenated frontline which was leaned heavily on the midfielders for opportunities in 2020. Last season, Minnesota’s tendency to play out of the back without a short passing game often resulted in the efforts stalled in midfield. The addition of Reynoso’s speed and vision opened up the central third and allowed the squad to press forward in the team’s last visit to Seattle (right image), but few passes were made in the final third.

Balancing the defense with that high press proved to be the issue. Few would argue that João Paulo didn’t earn Seattle’s first goal, a ball picked off from Wil Trapp’s short clearance and finished with a quick flick and strong volley by Paulo. Dayne St. Clair had no hope of stopping that one. The next two goals were more troubling, the Loons’ back four fooled, not once, but twice by the fearsome trio of Will Bruin, Cristian Roldan, and Raúl Ruidíaz.

Head coach Adrian Heath cited the emphasis on aggressive pressing in his summary of the defensive lapse:

“I’m sure that if anybody sees the score line, they would think it must have been a one-sided game. But, it was far from that. BK [Brent Kallman] has a great opportunity to make it 1-1 and we have another chance from Robin [Lod]. Brent [Kallman] tries to pinch one and he eggs the box and the guy turns him and then all of a sudden, it’s all fell fast because you’re changing the game.”

Trapp cited the same deficits, saying, “I mean, think about how many times Cristian Roldan ran out of midfield and overloaded our center backs and when they had an extra number in the midfield.” Centerback, and captain, Michael Boxall came up as a brick wall on multiple occasions, but the man can only cover so much ground or make himself so wide. The defense’s success comes down to reaction time, as Trapp explained. “It makes it difficult and they were smart about their tactics in that regard, but ultimately I think if we’re a little more compact, immediately lose the ball and getting into a good shape, we can counteract a lot of it,” he reflected.

Much of the fans’ frustrations were directed at Boxall’s partner, Kallman:

Of course, Minnesota fans are no stranger to second half darkness and disappointment.

But what is darkness without light? Ramón “Wanchope” Ábila’s first touch as a second half sub was a shot. The same for Justin McMaster. And then there is the inter-squad unity. Following a week of unrest in the Twin Cities over the murder of Daunte Wright during a traffic stop by Brooklyn Center Police; amidst the ongoing murder trial of former Minneapolis police officer Derek Chauvin, responsible for the death of George Floyd last spring; the national protests over horrifyingly similar incidents across the country; and the effects of the Covid-19 pandemic…

A group of Loons players approached the front office this week requesting to honor in some way those who have struggled this past year. The Sounders enthusiastically agreed to join the cause. The result was a black armband worn by each player and a black jersey patch with the words, “Equality. Acceptance. Diversity.” For fans who watched last season’s matches between protests, mutual aid efforts, and neighborhood protection patrols, the tribute was a welcome recognition of all that is happening beyond stadium walls. But it was also a reminder of how far our communities have to go in an effort to effect real change.

While armbands and BLM banners are a sign are a positive sign of community consciousness, one has to wonder just how much of that is performative. MNUFC Supporters have a long memory. They will recall that in 2017 a banner bearing the words “His Name Was Philando,” meant to mark the one year anniversary of Philando Castille’s murder, resulted in the ejection of the fans who displayed it. They will also remember that following the MLS Is Back tournament, Loons centerback Brent Kallman cited an out of context statement by the Black Lives Matter movement as his motivation to wear an “End Racism” t-shirt rather than the league-issued “Black Lives Matter” sideline gear. (That and his continued appearance in the Starting XI certainly fueled some of the frustration over his performance Friday night.)

Soccer is but a 90-minute interruption of a global reckoning of the value we place on human life. We may not deserve it, but it brought us together to argue whether Hassani Dotson is a left winger and question if Reynoso should only lead from the front. One respondent’s eight word reaction was, “The more things change, the more they stay.” Both Minnesota United FC and the state of Minnesota (and the nation) would do well to prove that wrong in 2021.

While Seattle heads to LAFC next weekend, MNUFC returns home to a quarter-filled Allianz Field to host Real Salt Lake in the prime time spot, kicking off at 7 PM CST Saturday night.

Editor’s note: MNUFC’s lineup has been corrected since this story was originally published. The editor regrets the error.