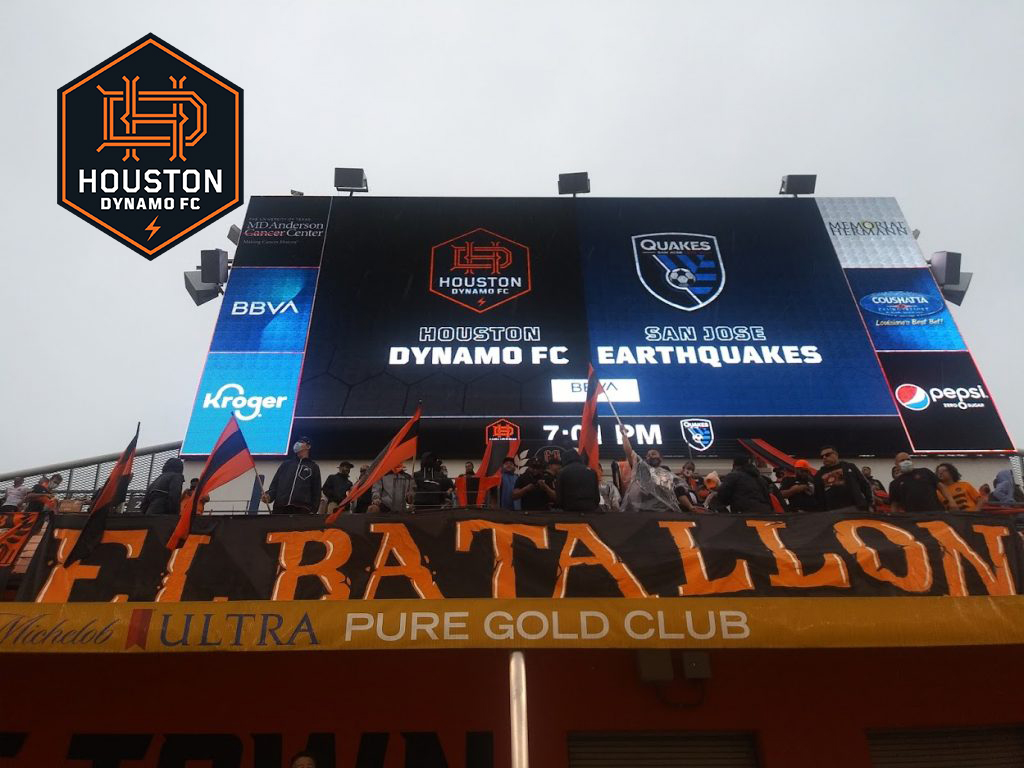 On an unseasonably cool and rainy day, Houston Dynamo FC kicked off the MLS season at BBVA Stadium with a lot to prove to the ownership, the fans, and to themselves. After finishing at the bottom of the Western Conference last year, head coach Tab Ramos made some big roster changes in 2020 that needed to gel quickly. New signings Fafa Picault, Maxi Urruti, and Tyler Pasher made up a front line of experienced goal scorers. Tim Parker at center back has already helped shore up a leaky defense in preseason.

The Dynamo started the match on the front foot and held the majority of possession as well as chances, while San Jose was playing deep to ward off their efforts. After colliding with Adam Lundkvist in the box off a set piece, Tommy Thompson had to be subbed out after suffering a dislocated shoulder. While no injury is preferred, I was pleased to hear about the shoulder being the issue, as his response to the collision appeared more like a head injury from my lower-bowl seat. Players from both teams stood by with genuine concern while he was being treated and helped off the pitch.

Houston’s high press paid off in the 39th minute when Memo Rodriguez scored a sneaky drive right up the middle and put the ball past Marcinkowski. While so much fanfare has been made about the new forwards, I was quite pleased that our opening goal came from the Homegrown Player from the middle. Houston’s struggles have never been from a lack of talent – the team simply needed a system and strategy that made the best use of the players.

Maxi Urruti doubled the lead fifteen minutes into the second half with an assist from Pasher, balancing the offensive effort between the newcomers and Houston’s hometown hero. The Dynamo needed the breathing room, as San Jose seemed to dial it in for the second half and had a much better run of possession and chances. Their efforts paid off as Paul Marie found the back of the net at 74′, less than ten minutes after coming off the bench.

The Earthquakes’ late efforts were not enough to pull even, however, and the match wrapped with a 2-1 scoreline. Houston Dynamo FC desperately needed a league win after a 7 match streak without a win in MLS. The squad travels to Portland next Sunday to try to do it again.