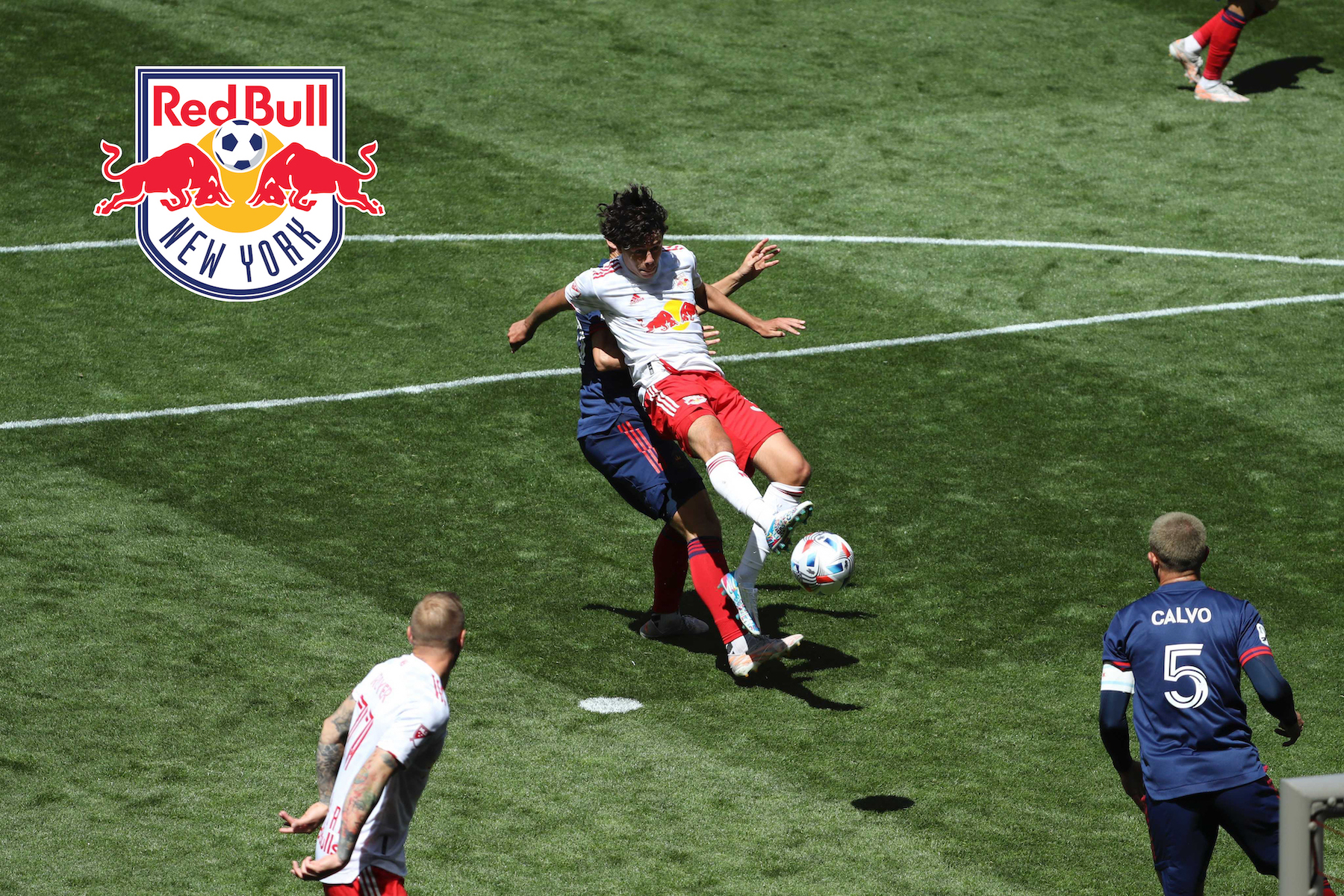 It seems like only yesterday I was lamenting a loss…

The New York Red Bulls returned to Harrison to welcome the Chicago Fire. Coming off two losses, New York needed to turn things around. The Fire could have used the points as well, so this was set to be a real battle.

I know a whoopee spot

The New York Red Bulls love their fortress, Red Bull Arena. Their website refers to it as “the benchmark in the North American soccer stadium landscape.” They have yet to miss a playoff season since the arena opened in 2010. But the place wasn’t feeling very fortress-y of late. Dropping points at home is particularly rough, especially now that fans have returned. Fans are happy to be home, and they want celebrate when they’re in the stadium.

Well… maybe not really. I’m sacrificing accuracy for the sake of the music. The first half overall was ho-hum. Red Bull defender Aaron Long mixed it up with Robert Berić and that made for some exciting 1v1s. Most of the action occurred in the middle of the park throughout the first half. Interaction intensified near the end, resulting in the first yellow card of the match (RBNY captain Sean Davis, 42′). Davis faced criticism the last two seasons for not always making an impact while on the field, he was almost too nice. That doesn’t seem to be an issue now.

In the post-match interviews, Long said that there were no specific tactical changes from manager Gerhard Struber, “the halftime talk was more just ‘stay at it.’” It seems this confidence in their play was exactly what they needed to break through right out of the gate in the second half:

Cristian Casseres, Jr. opened the scoring with his second goal of the season (46′). The tide turned in favor of the home team, who spent more and more time in the attacking third. Then Caden Clark, the 17-year-old who is poised to take the soccer world by storm, also tallied his second of the season (64′). I’m not the kind of reporter who uses too much soccer-specific terminology, but when everyone calls Clark’s goals ‘bangers,’ well… who am I to argue?

A brand new start to do that jazz

Having to give a rundown of back-to-back losses made it feel as if the season hadn’t actually begun. Usually, by now there have been CONCACAF Champions League matches (the Red Bulls did not qualify this year) and several matches for the regular season (we’re only in Week 3 because of the pandemic) with the US Open Cup on the horizon (there are no plans for the tournament to happen for the second year in a row). It reminds me of when I would attend basketball games at my alma mater and we wouldn’t sit down until the first basket was scored– it’s a sigh of relief to get those points. There is a freshness around the team that could mean big things are on the way. Fans are ready to paint the town.