Houston Dynamo FC Battle to a Draw Against LAFC 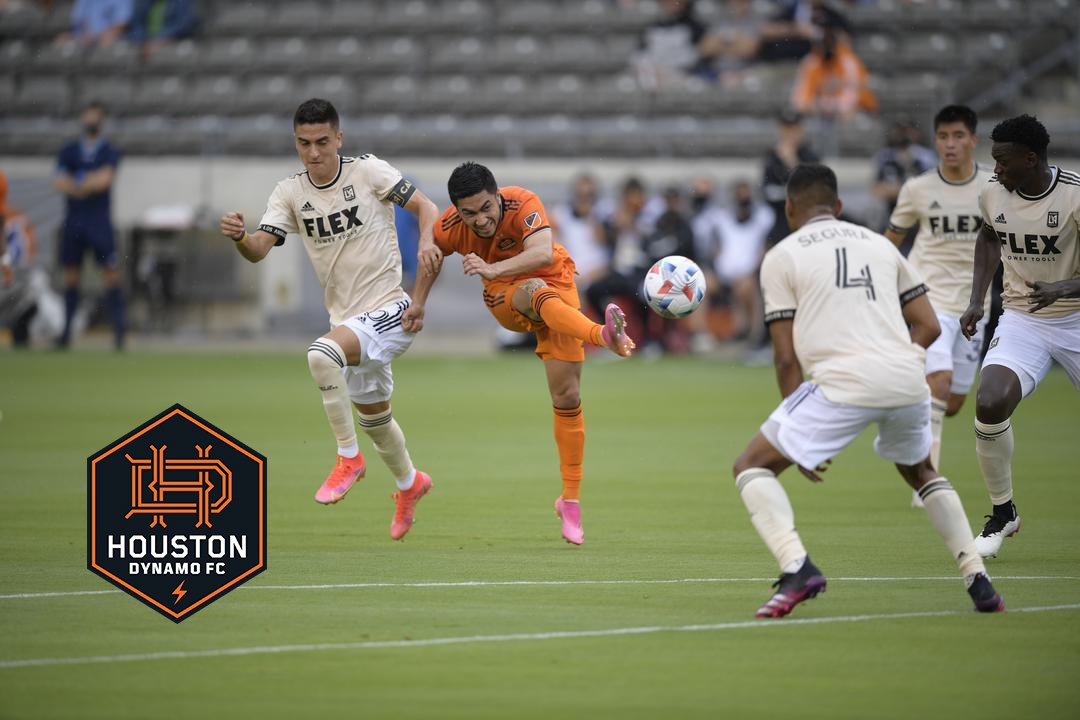 The rain and wind at BBVA Stadium didn’t do any favors for Houston Dynamo FC on Saturday afternoon as they hosted LAFC – at least, that’s what fans may want to look to when searching for a reason behind the team’s failure to earn three points.

If there was ever a chance for Houston to find their first league win against LAFC at home, meeting the team trying to find footing without their captain and goal scorer Carlos Vela couldn’t have been a better opportunity. The Dynamo seemed to recognize this chance and came out strong, earning their first corner within two minutes of the starting whistle. They maintained a steady offensive pressure and were smart on the counter attack, but Houston was simply unable to capitalize. LAFC had their moments as well, with Houston’s goalkeeper Marko Marić being called on early with a big save at 13 minutes against Diego Rossi’s attempt.

The match was a very physical one, but referee Robert Sibiga seemed content to let play continue with little intervention on tough challenges. Only one yellow card was issued to Jesús Murillo in the first half for a foul against Fafa Picault. Both teams seemed to recognize the freedom they were being given and gave fans a real show of tactical fouls and risk management. The brand new grass on the pitch in Houston added an extra element for both teams as it seemed particularly slippery as the light rain continued to collect over the course of the match, causing slips and slides from both sides.

The first half concluded with no goals from either side, but as both teams turned up the intensity in the second half, the match escalated. At 55′ LA’s Latif Blessing passed the ball out of a crowd in the box to Corey Baird, bringing the visitors into the lead. Just two minutes later, Houston tied the match again with a nearly mirrored effort as Fafa Picault sent one into the box, past the defenders to Tyler Pasher. The hour mark of the match found the two teams level again as both teams sent a steady stream of fresh legs into the match to try to break the tie.

Neither team was able to find the net again, and the match concluded with split points in Houston. The home team’s captain, Boniek Garcia, celebrated his 250th appearance with the club while continuing to keep his career fresh with a new spot on Houston’s back line this season. The respect that the veteran commands as well as his tenacity have made him a surprising commodity in a defensive position.

Both teams face their big rivals next weekend as Houston faces FC Dallas in Frisco and LAFC heads to Dignity Health Sports Park, home of the LA Galaxy.