Philadelphia Union School Chicago Fire In Their Own House 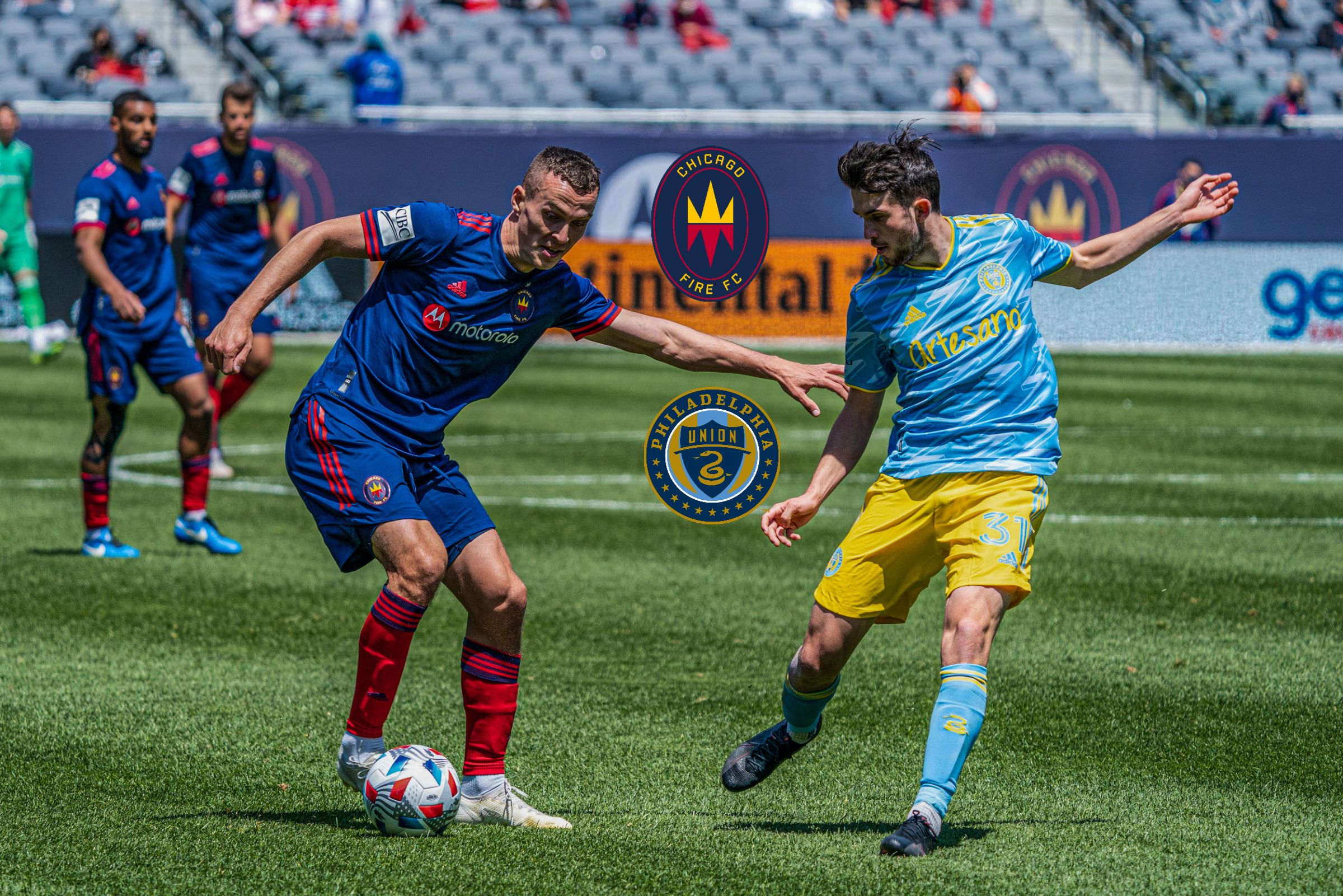 After advancing to the semi-finals in CONCACAF Champions League, the Philadelphia Union returned to league play on Saturday looking for their first MLS win of the 2021 season against the Chicago Fire at Soldier Field.

The Union took their performance to an entirely different level, however, as they put on a master class for Chicago on how to build out of the back to produce offensive chances. Chicago maintained a very physical midfield challenge, but their efforts were not enough to stop the clinical Philadelphia press that repeatedly capitalized up the right side and knocked on the Fire’s door consistently through the first half.

Chicago attempted to change the game at halftime with a midfield substitution, sending in Mauricio Pineda for Johan Kappelhof. Without making any changes to the lineup, Jim Curtin tweaked Philadelphia’s tactics just enough to dial in their offensive efforts for a goal at 51’. Jamiro Monteiro sent the ball into the box where Cory Burke’s left foot stood waiting to send one into the bottom right corner. The Fire had their best chance of the match so far just after that goal to let Philadelphia know that they weren’t out of the match just yet.

Chicago continued to try to find the right combination for success with a slew of substitutions in the 57th minute, replacing that right-side lane that had been the key to the Union’s success up until that point. The effort backfired though, as the reorganization resulted in a sloppy defensive move that earned Philadelphia a corner kick at the hour mark. They took advantage of the setpiece and defender Jakob Glesnes scored the second goal of his career to bring the scoreline to 0-2.

With defeat looming, Chicago settled into their updated system and began to put together a number of decent chances around the 75th minute, seeming to take the lesson that the Union provided earlier in the match. Desperation got in the way, however, and the final fifteen was peppered with some rough fouls from both teams. The choppy play culminated with a stoppage time scuffle between Philadelphia’s Santos and Chicago’s Sekulic, where a VAR review was generous enough to only result in yellows for each. The referee finally blew the whistle at 97’, after two more yellows were shown to Philadelphia’s Bedoya and Glesnes, and the match wrapped up with the Union shutting out Chicago at home.

Philadelphia head home to host New England on Wednesday, May 12, and Chicago travel to DC for a weeknight fixture on Thursday.