The Boys-in-Blue Dig Deep for A Point in Orlando 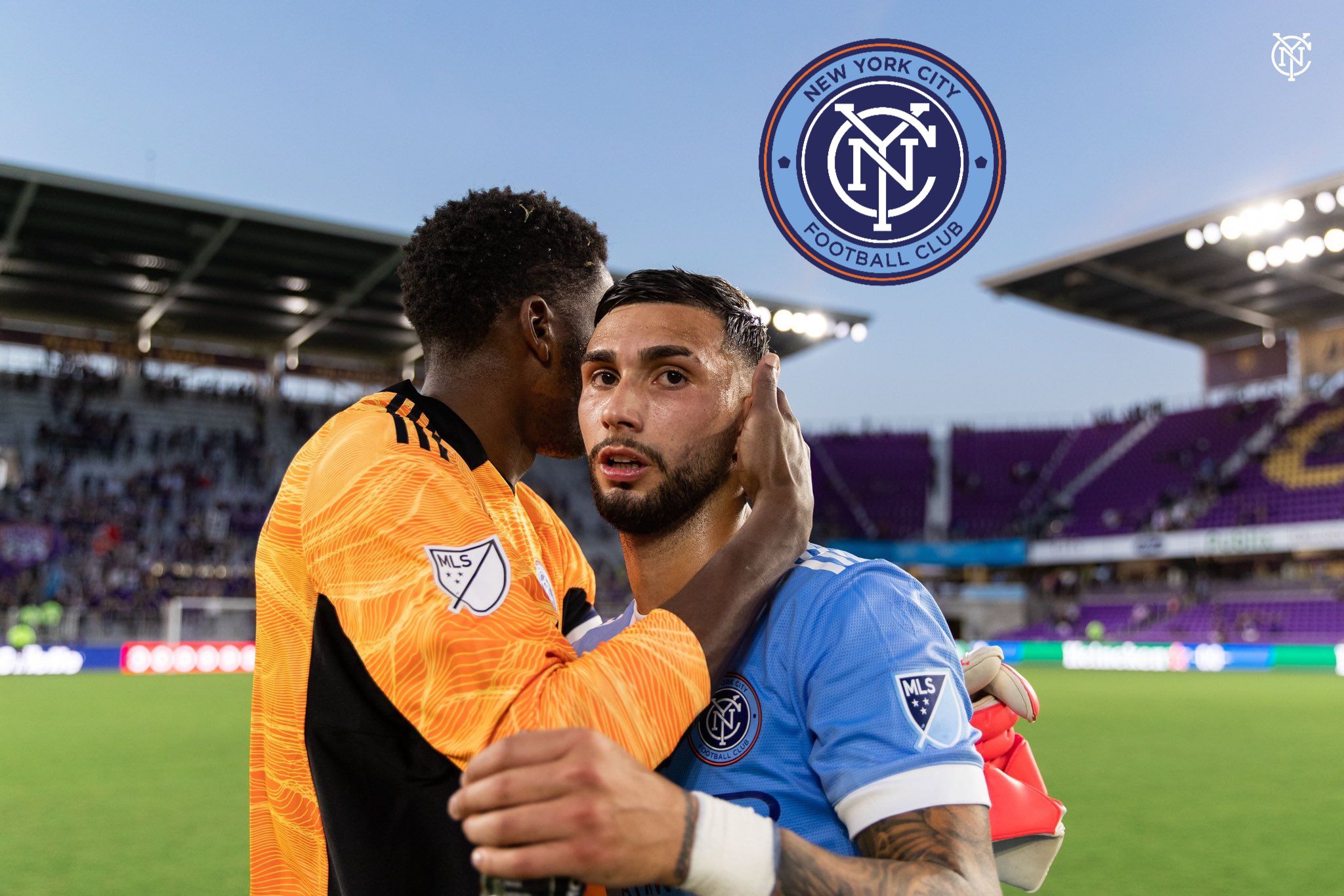 Ah yes, Exploria Stadium. Never a dull game when New York City FC plays at Orlando City SC. Saturday night’s game might have been the first time NYCFC was a real contender if not for the second half. New York City FC started the game already hindered with Maxi Moralez and Alfredo Morales both picking up injuries. Neither are considered serious and will not see the players out for a long period of time. Ideally, they will both be ready for next week’s game against Toronto. Maxi’s presence in the midfield was greatly missed on Saturday.

The first 45 minutes saw Orlando controlling most of the possession. NYCFC had very little time with the ball and it was quickly reversed when they did. Orlando City nearly capitalized on most plays by threatening the box and often coming close to scoring. NYCFC’s defense and goalkeeper Sean Johnson saw that each shot was blocked or deflected. The first half ended with the teams nil-nil.

Orlando City SC defender Ruan took a harsh hit just before the end of the half and was subbed out during halftime. The extent of his injury is unknown at the time of writing. At the 52nd minute mark, just minutes after ESPN’s commentator had mentioned that there had never been a 0-0 draw between the two teams, Nani opened up the goal scoring for Orlando City. With no New York City FC defenders marking him, he was left open outside the box and sent a rocket past an outstretched Johnson. Barely ten minutes later, defender Maxime Chanot made a huge save, keeping the score 1-0. NYCFC could not find a response to Orlando City SC’s aggressive playing style. In the 70th minute, NYCFC were crushed to see Anton Tinnerholm come off the field with a potential injury to his hamstring. We anticipate hearing more about this injury in the next few days.

Finally, in the 75th minute, Ismael Tajouri-Shradi (who had replaced Andres Jasson ten minutes earlier), drew a penalty kick after João Moutinho charged the attack with a poorly placed foot, deserving of a foul. Valentin “Taty” Castellanos confidently stepped up to the spot to take the penalty. In every previous penalty attempt against Orlando, Taty had shot toward the right of the goalkeeper. Traumatizing flashbacks to last season’s playoff penalty kicks against Orlando plagued NYCFC supporters. With a quick stutter step, Taty sent Orlando’s Gallese to the left as his shot again went to the right, equalizing the game 1-1. With that goal, Taty became the 5th player in MLS history to score a goal in the first four games of a season.

Seconds before the final whistle, NYCFC saw Medina finally make a breakaway with the ball, but he was unable to chip it past the goalkeeper. The game ended in a 1-1 draw.. It was a well earned point for the Boys-in-Blue. With several key players missing and Tinnerholm subbing off earlier than usual, the defense and midfield worked endlessly to stop Orlando players. Nani’s goal was a moment of brilliance and a one-off goal that few defenses would prevent. The story could’ve been much different had Medina been able to finish his opportunity in the dying moments of the match.

New York City FC currently sit at the top of the Eastern Conference with 7 points. They return home to Yankee Stadium next weekend to play Toronto FC on May 15, 2021 at 1:00PM EST.