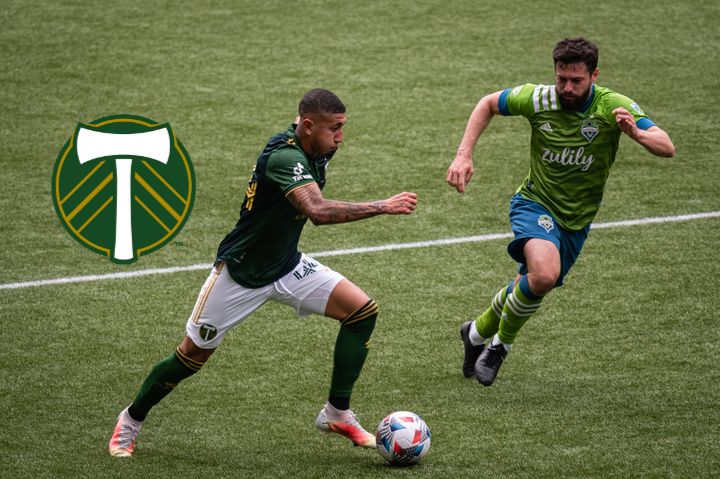 In their second Cascadia matchup of the regular season, the Portland Timbers dropped three points at home on Sunday, losing to the Seattle Sounders 1-2 in front of a limited attendance crowd.

The Sounders started with the same lineup they had used to great effect in their 3-0 win against LA Galaxy the previous Sunday. The Timbers also started in their familiar 4-2-3-1 formation, this time with Jeremey Ebobisse starting at the top. Although Seattle had the stronger record coming into the match, Portland had a solid first half performance with just as many chances as Seattle and with the bulk of the possession.

In the second half, the Timbers had a chance to break the tie at 55,’ when Jeremy Ebobisse caught O’Neill wrong-footed in the box and drew the penalty. Portland’s captain Diego Valeri stepped up to take the kick, but it was saved by Stefan Frei. Valeri got a chance at redemption when the play was called back (encroachment by Nouhou, and/or Frei might have been off his line). Unfortunately for Portland, the normally unflappable Valeri missed his second chance, hitting the post, and the game remained scoreless.

After the double miss, the tenor of the game changed rapidly. A few moments after his penalty kick hit the post, Diego Valeri subbed out, along with Jeremy Ebobisse. Shortly thereafter, at 63′, Seattle’s Raul Ruidiaz drew a foul in the penalty area. Unlike Valeri, Ruidiaz found the back of the net on his penalty kick, catching Jeff Attinella going the wrong way as he slotted it to the right. In less than ten minutes, the game had shifted from a likely Portland lead to a firm Seattle lead, with the Timbers captain watching dejectedly from the bench.

Things went from bad to worse for the Timbers. Goalkeeper Attinella subbed out with an injury, replaced by 19 year old keeper Hunter Sulte. On the other side, Fredy Montero subbed in for Will Bruin. Montero, who recently returned to the Sounders after more than 5 years away, was a familiar foe to the Timbers. Within six minutes of taking the field, Montero scored a crushing header off a setpiece with Sulte off his line, giving Seattle a 0-2 lead. Bill Tuiloma pulled one back in stoppage time for the Timbers, with a pretty right-footed shot over the wall on a freekick into the left corner, but it was too little to late for Portland, who fell to Seattle at home 1-2.

Both Seattle and Portland face San Jose for their next matchup, with the Sounders playing the Earthquakes on Wednesday, May 12, and the Timbers traveling to PayPal Park for a match on Saturday, May 15.