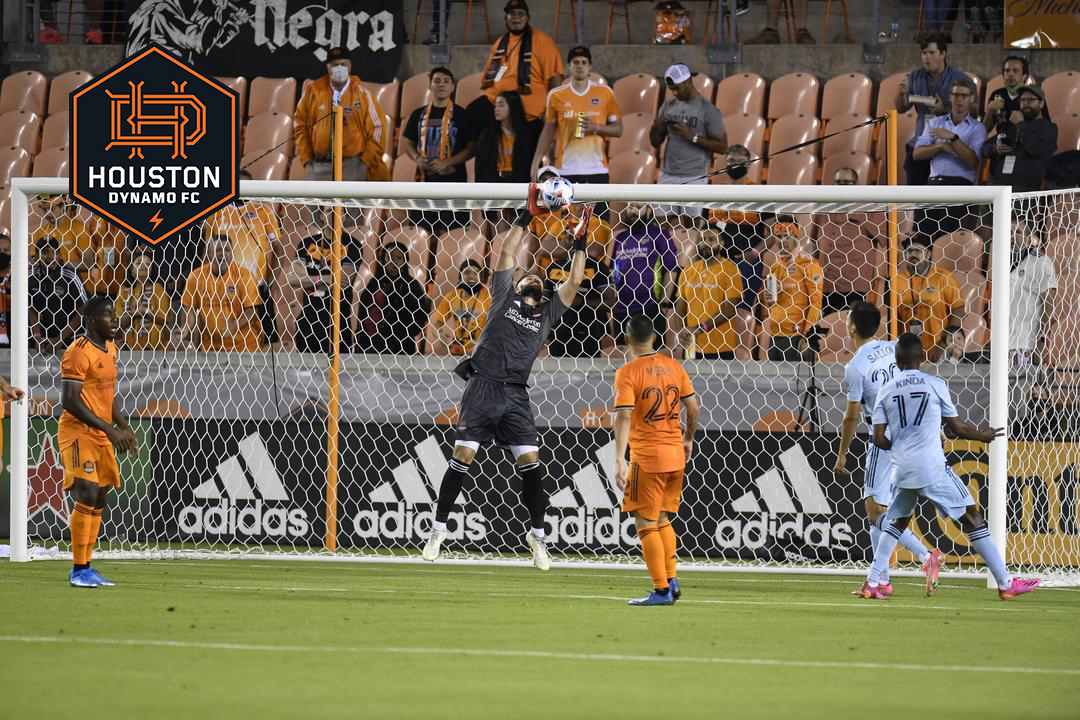 Houston Dynamo FC had a rough match at home against Sporting Kansas City on Wednesday night. The home team came out in the first half with the lion’s share of the offensive chances but were unable to find the back of the net. Sporting’s offside trap was fierce, and Fafa Picault was found repeatedly rushing the break and turning over the ball. On the other side of the pitch, Houston’s defense was far from tactical but managed to get lucky, often winning balls from a cluster of feet in and near their box.

In the second half, things really started to fall into place for SKC, and they simply dominated the offense for the remainder of the match. Houston proved that it only takes a single chance to turn the tide, as a midfield turnover led to the match’s sole goal from Maxi Urruti in the 56th minute. The Dynamo defense managed to hold off the constant Kansas City press, and Marko Marić made some Clutch City-inspired saves to maintain the slim lead for his team.

As is so often the case for me, the best parts of this match happened outside of the boundaries of the pitch. As stadium capacity and attendance continue to increase in the late-pandemic world, soccer is starting to feel like soccer again in Houston. In this reporter’s opinion, the officiating was highly questionable, and the crowds made sure it was clear that we were back, watching, and willing to offer feedback on the calls.

The fans were not the only ones frustrated by the green team’s performance, as Head Coach Tab Ramos was shown a red card in the 90th minute for protesting the near-side AR’s lack of involvement in a missed call. In the post-match interview, Ramos reported that he was told his ejection was due to his being outside of the technical area and gesturing with his hands. He looks forward to seeing many other red cards through the season as this policy is fairly and equitably enforced throughout the league – or awaits an apology.

The real feel of the gameday experience culminated after the final whistle when an exuberant fan hopped the barrier and ran onto the pitch with a supporters’ flag to celebrate with the team. The fan was eventually caught and removed but not before making it to the middle of the pitch where Joe Corona took up the flag and waved it for the fans.

Houston heads to Colorado to face the Rapids this Saturday, with Omid Namizi coaching the team while Tab Ramos serves his suspension. Sporting KC will host Vancouver on Sunday.