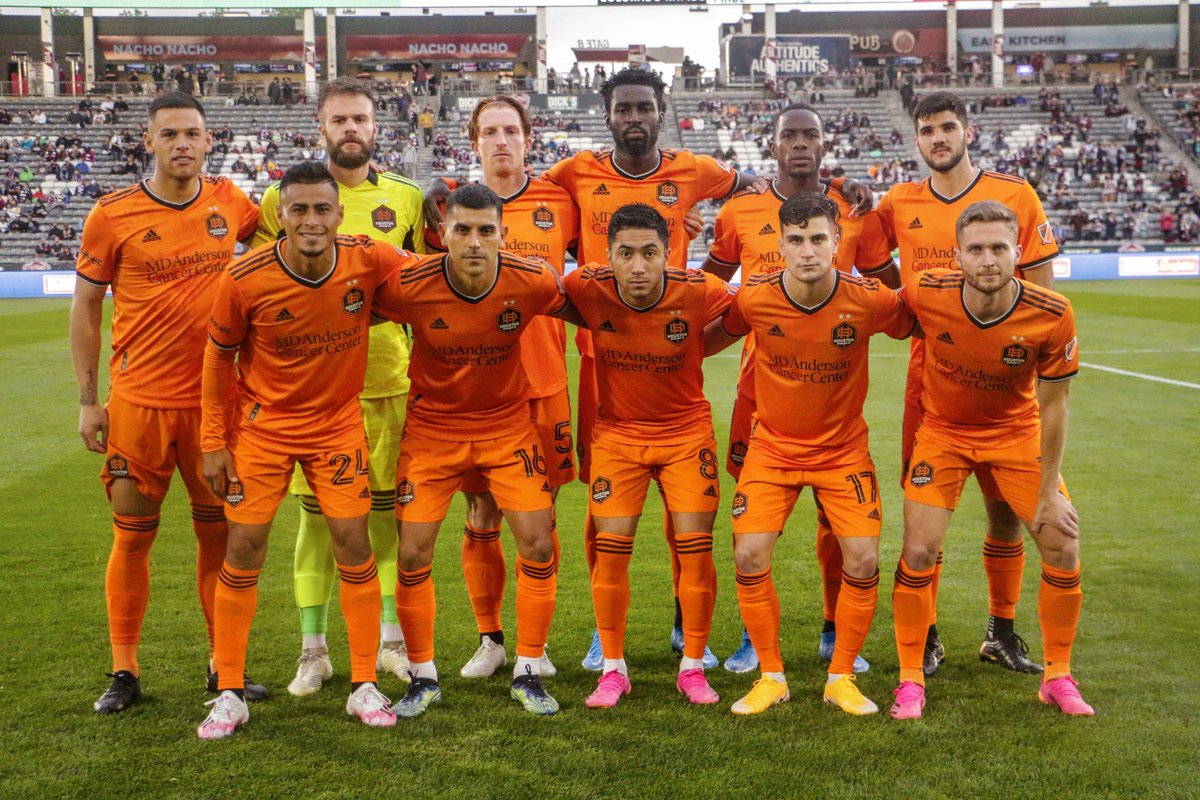 In their third match in seven days, with their head coach serving a post-red card suspension, and fighting for oxygen over 5,000 feet in the air, Houston Dynamo FC had some serious strategic considerations to make before Saturday night’s match against the Colorado Rapids. The team opted to lean into the unusual, rest many of their standard starters, and play some jazz with the lineup.

Alejandro Fuenmayor and José Bizama made their season debuts with the squad, Nico Lemoine made his club and league starting debut, and Darwin Cerén and Christian Ramirez got their first starts of the season. As a bonafide soccer parent and being old enough to be a parent to many of the squad, the lineup was disorienting. Whether I am watching a match in person or on TV, I tend to encourage, remonstrate, or cheer for players by name. So many times through the first hour of this match, however, I found myself yelling, “Come on….what’s-your-name!”

That is not to say that the Starting XI regulars didn’t get a lot of my negative attention. The back line was fairly standard, but exhaustion, unfamiliarity with the midfield rhythm, or both, had them way off their game. Colorado was up by two thanks to goals from Vines at 29,’ and Rubio at 36’ before Houston rallied and answered just before the half. Christian Ramirez capitalized on defensive errors from both Auston Trusty and Sam Vines and netted his first goal of the season at 39’.

Houston’s worst mistake of the match came from last week’s Man of the Match at 42’ when Marko Marić fumbled the distribution on a passback and sent a low volley directly into a pressing Cole Basset, who easily diverted the ball into the back of the net. Houston Dynamo FC headed to the locker room to try to regroup at the half down by 2.

Dynamo FC managed to hold off the Rapids for the remainder of the match. Substitute coach Omid Namazi sent in three offensive standards – Picault, Urruti, and Corona – as well as highly-anticipated, high-dollar winger Mateo Bajamich at the hour mark. Veteran stabilizer Boniek Garcia came in near the 80th minute as well. The A-team was unable to turn the tide of the match, however, and the final whistle blew with the same 3-1 scoreline from the halfway point.

Houston will hopefully regroup this week before hosting Vancouver, and Colorado makes the long trek to the West Coast to take on LAFC on Saturday.