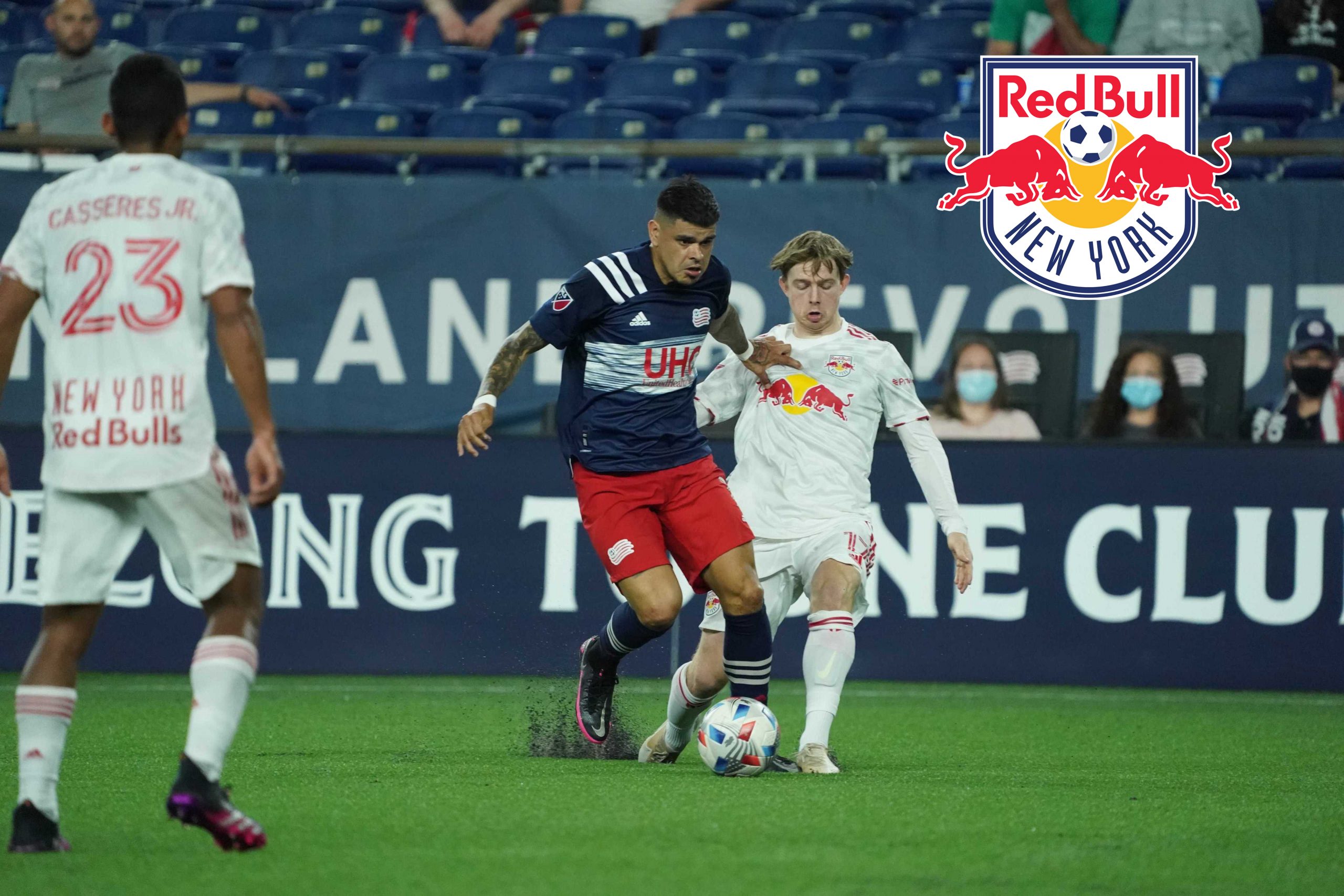 The New York Red Bulls took a trip north to face the New England Revolution at Gillette Stadium. Hostile territory, to say the least: artificial turf, a vast open seating area, and a history of losses for New York. Although, while there was a brief span where it looked like the Red Bulls would turn things around.

I thought I saw a man brought to life

At the very end of the match against the Union, defender Aaron Long injured his Achilles tendon. One surgery later, he is home and hopefully enjoying life with his fiancée and daughter. Great for him, but a loss for the Red Bulls as well as the US Men’s National Team, participating in the Gold Cup this summer. The ‘next man up’ mentality is a core element of the RBNY system, and in this case that meant Colombian international Andres Reyes. Recently transferred from Inter Miami, Reyes was indeed the best option unless another center back is acquired in the current transfer window. And indeed he looked like the perfect fit. Just seven minutes into the game, he found the net with a header off a corner kick by Frankie Amaya. It looked like the Red Bulls were going to run the show.

You couldn’t be that man I adored

The trouble started at about the half-hour mark. Soccer is a physical game, but Reyes went in hard and earned a yellow card for it. Not long after, a second yellow meant the hero had become the villain.

With that, the Revs had the chance to break the game wide open. And they took it. Gustavo Bou leveled in the 36th minute, then went ahead just before halftime with a goal from Tajon Buchanan. A final dagger from Adam Buksa in the 82nd minute sewed up the game for the Revs.

My inspiration has run dry

If you’re reading this, you most likely know all about how substitutions work in professional soccer. Even with five subs, it can be difficult to manage tactics with ten players on the field. But replacing a sub with a sub is by and largely unheard of. For Cameron Harper to enter the match nearly an hour in only to leave in the 85th minute is… disappointing. Manager Gerhard Struber explained that all the players needed to stretch themselves in a 10-man situation, and “this was a challenge that Cameron maybe couldn’t manage.” A rough assessment, but exactly the kind of experience a player like Harper needs.

I’m all out of faith

Well… maybe not *all* out of faith. The team is still pushing and firing on all cylinders. They held the field throughout most of the second half. Goalkeeper Carlos Coronel tallied eight saves on the night, making a 3-1 scoreline a little easier to handle.

The all-elusive ‘they’ say the season is a marathon, not a sprint. Some teams can come out swinging in Match Week 1 and still not make the playoffs. Others find their stride at just the right time. That scenario is not new to RBNY. But that doesn’t make individual losses that much more palatable. The Red Bulls return to Harrison to welcome Orlando City, who will be missing their star striker Nani. Will returning home help the team return to the win column? That’s what’s going on.