It’s All Coming Back to the Red Bulls 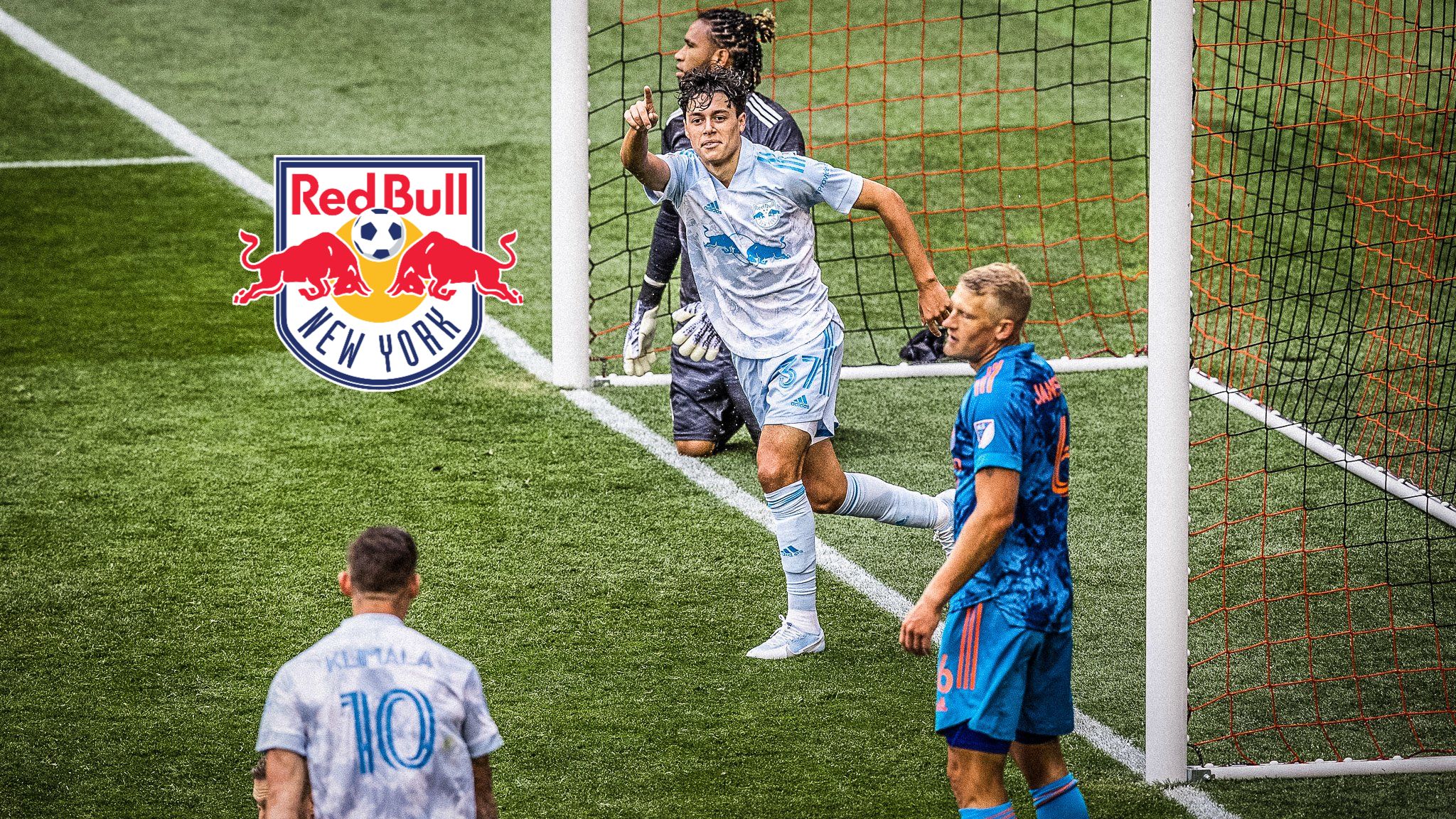 The wind was so cold

The unofficial start of summer came with winds, rain, and a hefty slate of MLS matches. To kick off the first block of matches on Saturday, the New York Red Bulls hosted Orlando City at Red Bull Arena. While a little rain never really hurt anyone, it did put a damper on the excitement over the new normal. Despite New Jersey lifting the mask mandate and crowd restrictions, the announcement came too soon to change the matchday logistics so there was still a limited audience. I settled into the press box once again to see what the boys in red* could do.

*This is also the weekend for the Primeblue kits across the league, made from recycled ocean plastic. So the boys were in a brushed white and pale blue jersey.

Orlando City, undefeated so far this season, were primed to keep that streak going. Their main target was to hold back new RBNY forward Patryk Klimala in his first home match. The Lions seemed to be content to contain the ball, just as the Red Bulls were happy to permit them. That’s generally how RBNY rolls. Eventually, one team was bound to weaken so the other could capitalize.

There were moments of gold

At the 35-minute mark, it turned out to be Orlando’s slip-up that allowed the breakthrough. An unmarked Caden Clark got a foot on Klimala’s cross to slot the ball home.

Despite the need for an early substitution — Dru Yearwood for Frankie Amaya, 43′– the Red Bulls held their lead for the remainder of the first half.

There were flashes of light

New York did not waste time as the second half began. Within moments, the team had a shot, a free kick in a good position and two corner kicks. With Orlando having only let in their third goal for the season in the first half, they were feeling the pressure. As a result, Orlando grew more physical and soon had two yellow cards to show for it.

At the hour mark Cristian Casseres, Jr. doubled the lead in dramatic fashion. His free kick from just outside the 18-yard box sailed into the top left corner of the box. Orlando goalkeeper Pedro Gallese couldn’t react quickly enough.

Late subs helped renew the match, with Fabio, Omir Fernandez, and Brian White coming onto the pitch. But Orlando was able to roar with a goal from Silvester van der Water (84′). Even as stoppage time ticked away, both teams made a push, to win or to level. When the final whistle blew, the Red Bulls emerged victorious, having defended their fortress once again. And with that, the team gets themselves some time to relax. The Red Bulls host former teammates Dax McCarty and Alex Muyl when Nashville SC comes to Harrison on June 18th. When I see them like this, it makes me smile.