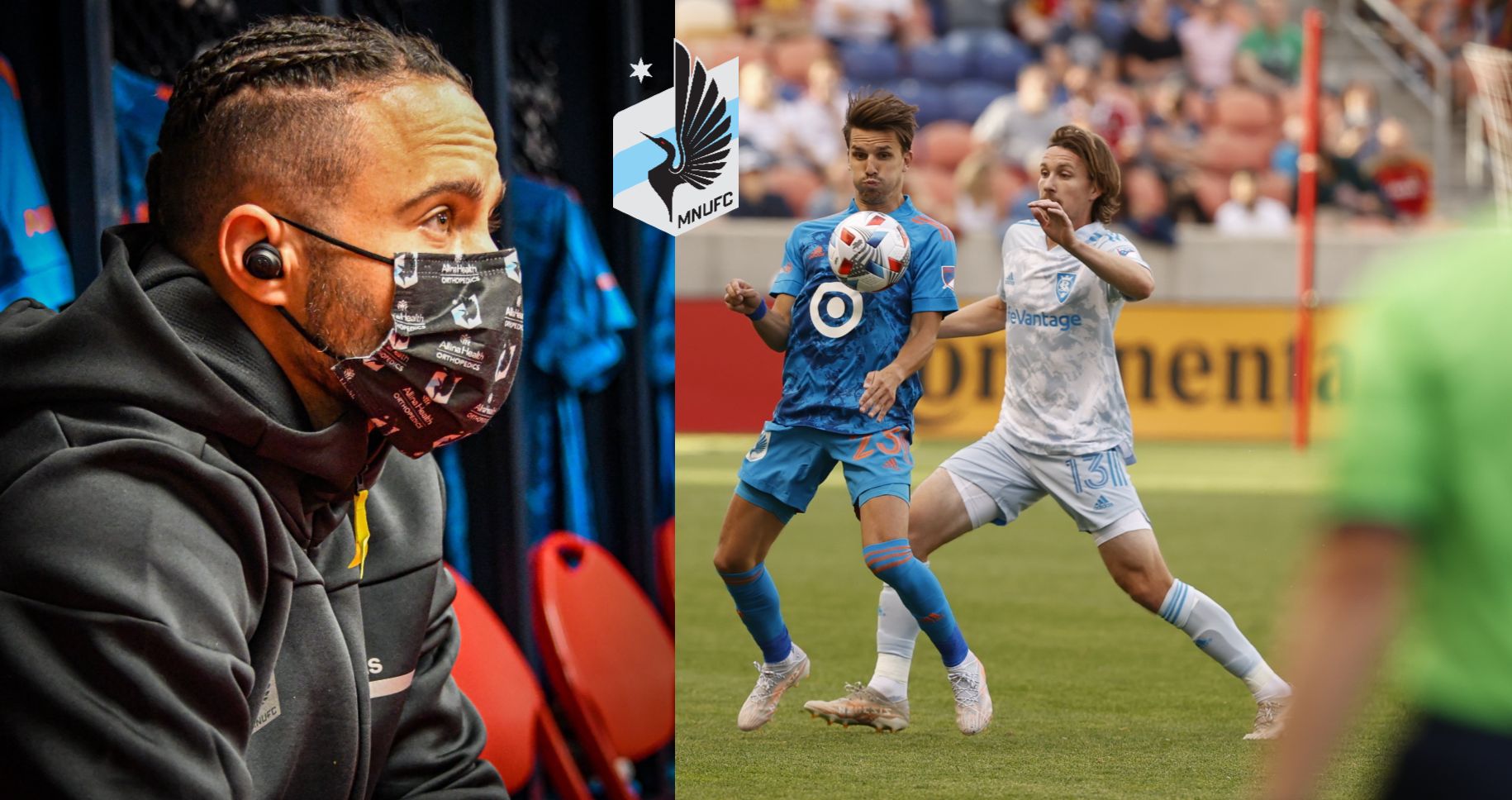 Say what you will about the Loons’ track record with a 4-3-3, it really paid off in Salt Lake on Saturday. Well – Okay, that’s not really what paid off, but the result stands. The prime time rematch pitting Minnesota against an Ochoa-less RSL squad that stole the Loons’ home opener glory last month was ripe for drama, particularly with two key pieces making their debuts.

Centerback Bakaye Dibassy featured in the XI for the first time this season after spending preseason and the first five weeks of MLS play rehabbing a thigh injury. With his return, the backline returned to its pre-pandemic, early 2020 look, though its performance this night proved something is still missing. At the center of the front three was the long awaiting new striker, Adrien Hunou. His first test was a tough one with the absence of Emanuel Reynoso, but Hassani Dotson and Robin Lod were poised to find him an opportunity. Unfortunately, the home side seemed to know precisely what to expect.

A series of probing plays through a discombobulated Loons’ midfield – with Rusnak, as always, leading the charge – led to a Salt Lake freekick in the 13′ that exploited a chronic blind spot on Minnesota’s left side. Damir Kreilach’s goal sparked even stronger pressing, but did little to wake up their visitors.

Hunou proved to be quick, finding space and taking up threatening positions that kept Justen Glad and Co on their toes. But a striker is only as good as his service — of which there was none. When short passes didn’t find their targets, the Loons resorted to long crosses and booted shots, a la Alexi Gomez or Blair Walsh. Minnesota entered halftime with 8 crosses and 6 shots, none on target. This trend continued well into the second half. At the final whistle, Minnesota had 15 crosses, 12 shots, and 1 on target.

That one shot on target was a bit of a happy accident, deflecting off of Niko Hansen’s goal-crashing hip after a poor block by RSL goalkeeper Zac MacMath in the 78′. It was a strange debut for Hansen, who replaced midfielder Jacori Hayes in the 65′, but the stats will show an equalizing goal from a committed forward, not a strange happenstance of a ball trickling over the goal line. At least now we have evidence that a striker can do something with a ball, if only it comes near him. The equalizer earned rousing reviews from supporters:

For most clubs, such a draw would be seen as 2 lost points, but for Minnesota this season a single point is many times better than 3 lost. And conceding only 1 goal to a team that knows exactly where your weak spot is is a positive in itself. For a club that once had more leftwingers than it did bench spots, the current state of the Loons’ left channel, from box to box, is puzzling.

Also puzzling is Heath’s insistence on leaving leftback Chase Gasper out to dry week after week. The bench may be a blow to his confidence but repeatedly being turned in circles by a well-studied opponent can’t be good for the psyche either. The upcoming absence of midfielders Lod and Jan Gregus may finally be the push Heath needs to change up his tactics and wake up the squad. We will find out either way when the Loons fly to Dallas on June 19 for another evening rematch.