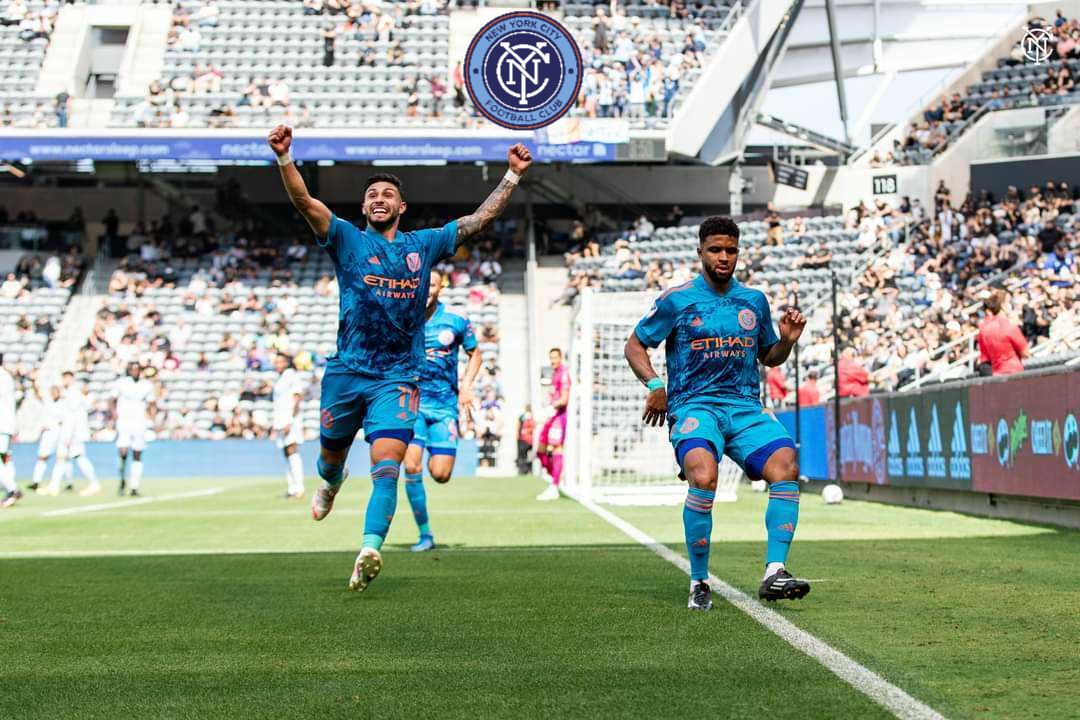 New York City FC made their longest trip of the season on Saturday to Banc of America Stadium in Los Angeles. Coach Ronny Deila was seen sporting a blazer during warmups. “He has a blazer, it’s in the bag,” David Pfeil of the Third Rail Bronx proclaimed.

NYCFC faced a newly rejuvenated LAFC with Carlos Vela recently making his return from injury. Vela played his first full match of 2021 against NYC, but it was obvious that he needs more time to fully recover. There were very few moments where he had an attacking opportunity. New York City FC’s Malte Amundsen spoke about keeping Vela from producing any attacks for LAFC: “We talked about him always coming in with his left and it was my job to stop that. In the end, I was very happy.”

While NYCFC’s Malte was able to keep Vela subdued, the rest of the team struggled to show any promise during the first half. With only three shots taken toward goal, none posed any real threat to LAFC’s goalkeeper Pablo Sisniega. With LAFC taking about the same number of shots, the first half ended with very little action from both squads.

The second half started quickly with LA’s Corey Baird charging behind NYCFC’s goalkeeper Sean Johnson and slotting a crossed ball into the back of the net. Now down a goal, coach Deila made four substitutions rapidly. In the 66th minute, New York City’s depth was really showcased as a slew of players replaced those on the field. Big names like Anton Tinnerholm, Ismael Tajouri-Shradi, Alfredo Morales and debutant Talles Magno all stepped on at the same time.

With the changes on the field complete, NYCFC’s play style also took a complete turn. Within minutes, Anton Tinnerholm assisted Jesús Medina to equalize the game in the 70th minute with yet another screeching bender of a shot. Unfortunately, a few minutes after the goal, NYC midfielder Nicolas Acevedo made a poor tackle on an LAFC player and received a red card. Supporters, players, and coaching staff were all confused by the red card. It was later revealed that Acevedo had received a yellow card earlier in the game that mostly went unnoticed. With Acevedo ejected, Deila was forced to make some tactical changes to preserve the 1-1 tie. Unfortunately, that meant taking Talles Magno off in the 90th minute. Defender Sebastian Ibeagha replaced Magno to shore up the backline and adjust for the missing Acevedo.

His substitution was not for nothing. No sooner had Ibeagha taken the field than a corner kick was awarded to NYCFC. Medina crossed the ball to Alfredo Morales who headed it further across the goal than LAFC’s goalkeeper anticipated. Ismael Tajouri-Shradi was in the right place at the right time and was able to smack the ball into the net, stunning LAFC supporters into silence and sending NYCFC supporters into a frenzy. For the first time since LAFC joined MLS, an Eastern Conference team had come into Banc of America and won. New York City FC sit in 3rd place in the Eastern Conference while LAFC are 9th in the west.