At Long Last, Canada Returns to Final Round of World Cup Qualifiers 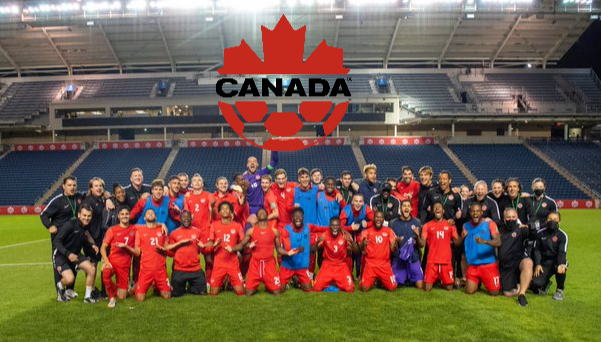 It’s been a long, dark journey since 1997. the last time the Canadian Men’s soccer team reached the final round of World Cup qualifiers, known until this year as the Hex. In the 24 years since, the team won a Gold Cup in 2000, but then fell into a solid decade of dismal mismanagement at the organizational level and suffered from a lack of properly developing players.

Fast forward through those painful years and Canada now has its own professional soccer league, players who are champions of some of Europe’s top leagues, and a solid case to plead to dual nationals. Led by the motivating presence of John Herdman, Canada has clawed its way through the first two qualifying rounds for the 2022 World Cup after a year apart due to the pandemic. With Alphonso Davies, Jonathan David and Cyle Larin leading the line, Canada stopped behaving like an underdog and took the presence its committed players deserve.

To reach the stage now known as the Octagon (with eight teams, instead of six, vying for three Concacaf slots), Canada bested Cayman Islands, Suriname, Bermuda and Aruba with a +26 goal differential. The second round left the team facing an old ghost – the Haitian side that had come from behind to knock Canada out of the 2019 Gold Cup. Travel restrictions meant that one leg of the round was played in Haiti while the second was played in Chicago.

In the first leg, Cyle Larin notched the lone goal in the 15th minute as Canada struggled to move the ball on the artificial turf, and players were left bruised by a very physical contest. Despite being at “home” for the second leg, Canada was not out of the woods; however Haiti was not at full strength as three players were not permitted to travel due to pandemic restrictions.

Though the first half ended scoreless, Canada kept knocking on the door, most notably with Jonathan David being denied three times, point-blank, by stand-in goalkeeper Josue Duverge. Almost immediately after kickoff of the second half, Duverge committed a catastrophic error leading to him opening the scoring via an own goal. This turn of events forced Haiti in to desperation, and allowed the Canadians greater freedom, with Larin and Junior Hoilett adding their own names to the score sheet by the end of the night.

At long last, Canada returns to compete with the strongest teams of CONCACAF for a spot at the 2022 World Cup, a competition it has not participated in since 1986. It’s still a very long road to Qatar, but there’s a certain magic around this generation of players that you can’t help but get behind.