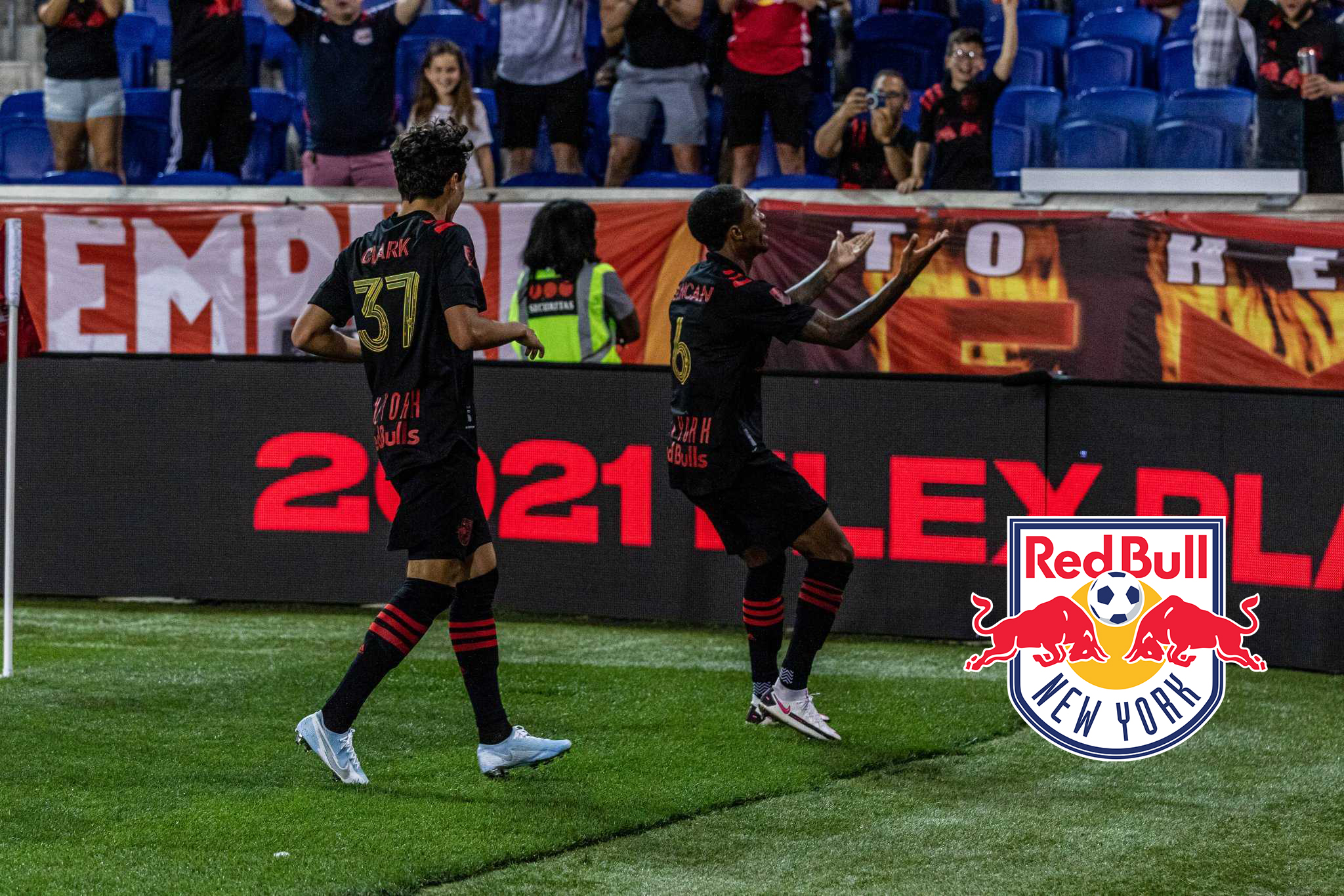 On the eve of Juneteenth, the New York Red Bulls welcomed Nashville SC. With the likes of Walker Zimmerman and CJ Sapong, not to mention former Red Bulls Dax McCarty and Alex Muyl, there is a healthy amount of history despite this being the teams’ first meeting.

Really?? Their first time ever? We got through a whole season last year without seeing these two clash at all? The MLS schedule is a thing of wonderment.

There is no avoiding taking note of the slow but steady re-opening of the Metro area and its effect on the game. There was no forced hype, no quietly huddled fans. Voices from the South Ward rang across the pitch. A baseline din rumbled through the arena. Undoubtedly, the team felt the energy. Rookie John Tolkin held his ground up the left channel, and Polish International Patryk Klimala was a threat up top.

Now that I’ve found you

It was something fans had been waiting for all season. While he had done very well for the team on assists to this point, Fabio was brought in to be a goalscorer. Thirty-seven minutes in, he did just that. An amazing shot that clanked on the far post and into the back of the net, Fabio’s joy was visible as teammates crowded around to celebrate. The Red Bulls extended Fabio’s loan from Brazilian club Oeste F.C. for the rest of this MLS season, and perhaps that assurance was the boost he needed.

Spent my time so foolishly

Early in the second half, Nashville tried to pull one back. But someone yelled “Offside much?” and the goal was disallowed. And then I realized I was the one who yelled, but behind this required face mask, it wasn’t like anyone heard me. Nashville didn’t let up, but shots went wide and RBNY keeper Carlos Coronel blocked anything that came too close.

If that’s what it takes

Kyle Duncan, the first goalscorer of the 2020 season, opened his account just shy of the hour mark. His shot found the tiniest of spaces between keeper Joe Willis and the far post. This season, the team has really had to rely on their defenders to… well… defend, while last year they were a scoring force. Still, it was great to see Duncan score from just outside the 18-yard box. Nashville was not about to let RBNY dribble the ball in, and the boys in Red adapted. Even Tolkin, who had factored less into the second half, attempted a banger.

Caden Clark, the Wunderkind known for his nearly impossible shots, and who is getting a look for the USMNT’s Gold Cup roster, put on a show despite not appearing on the scoresheet. His out-maneuvering of both former Red Bulls Muyl and McCarty was poetic, really. It’s been obvious for a while that Clark is going places– likely places where he’ll need to know German. But for now, it’s best to just enjoy what he is doing.

Nashville was the last team in the league to be undefeated, and the Red Bulls accepted the challenge. There was a spark throughout the squad that seemed to be missing at the start of the season. They head up I-95 to face the New England Revolution again in a midweek match. Can they take what they’ve learned and get a better result in a notoriously difficult destination? I know I can’t help myself, but I have to believe.