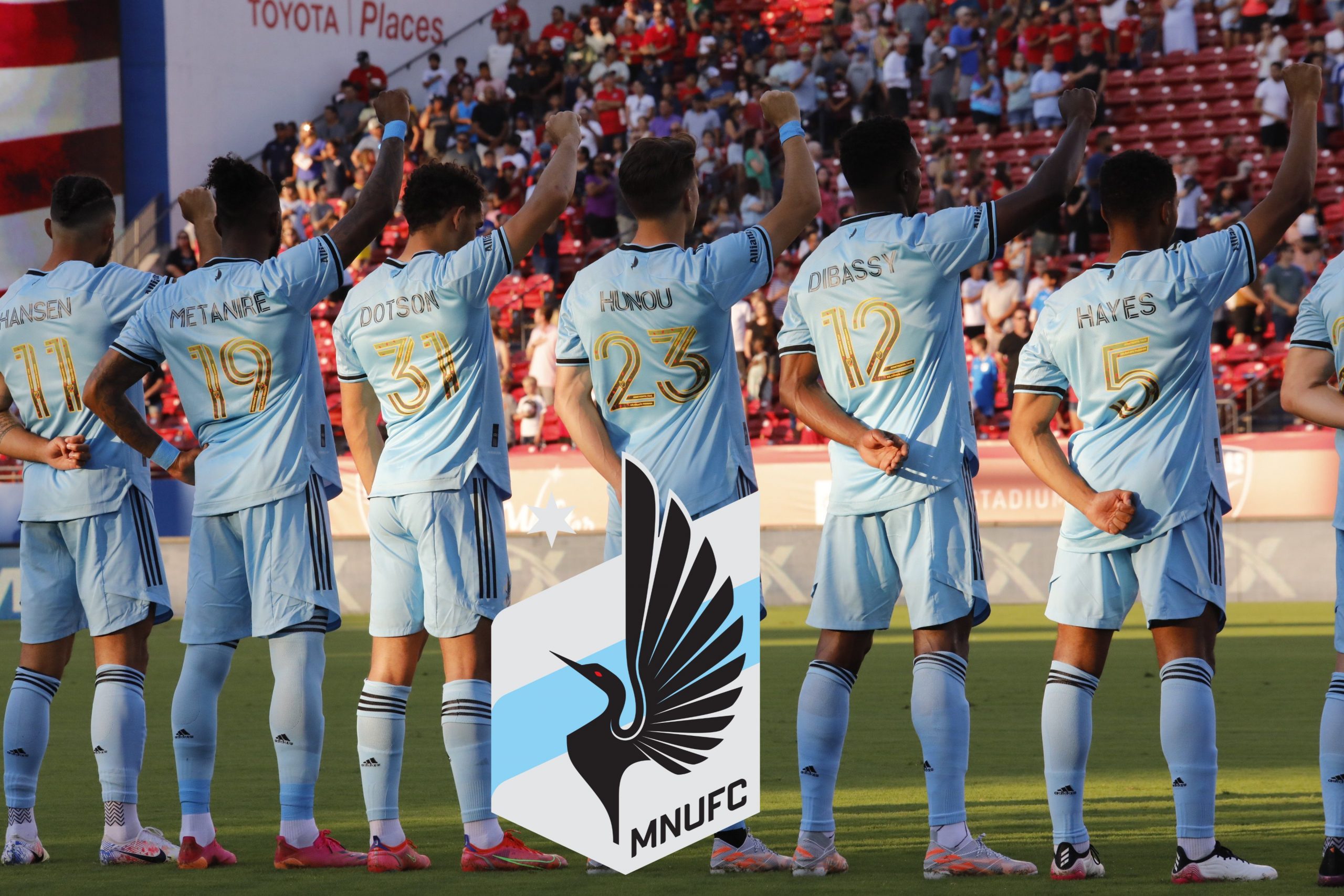 FC Dallas has proven to be a tough road trip for the Loons who had never earned even a point at Toyota Stadium since joining the league. Add to that a 100 degree temp and a bench depleted by international absences, this trip to Frisco threw the Loons out of the frying pan and into the fire. The only truly predictable thing about this game and this team was that it was once again a story of two halves.

Minnesota had Dallas on their back foot from the whistle, but the first sign of what was to come came early – a second minute yellow card to centerback Bakaye Dibassy. It was a rare error for the stalwart defender who, alongside Michael Boxall, was a key fixture in the 2020 defense, but perhaps a sign that even a player of his caliber needs a little time to readjust after missing the first five weeks of the season with an injury. Thankfully, the duo’s goal line services were not required much in the first half. In fact, aside from the yellow, a brand new front three drew the most attention.

Franco Fragapane, Adrien Hunou, and Niko Hansen, made their Starting XI debuts, lining up in that order at the top of the 4-3-3. This was an exciting look despite the absence of playmaker Emanuel Reynoso (on the bench for injury management) and 2021 leading scorer Robin Lod (representing Finland, with Jukka Raitala, at Euro 2020) behind them. The front three, along with left winger Jacori Hayes, proved effective, creating and taking opportunities from quick counter attacks. Fragapane’s goal in the 36′ was one for the 2021 highlight reel, and a fantastic illustration of what a team can do with a little focus on chemistry.

Asked to describe how it came together, Fragapane said, “It was a fast play where Jacori [Hayes] passed the ball to Adrien [Hunou] and Adrien took a shot and well, the goalkeeper rebounded it to where I was and it was just right and I scored it.” The only thing that could have been better about this goal? If it had been his second of the night. His shot in the 9th minute proved that the striker was worth the wait.

And the attack will only get better from here. Said Fragapane, “The truth is that they’re very good players. The truth is we need, a little bit more time to adjust to each other, but anyways, I think that game by game we’re getting better and we’re going to start playing better together.”

Unfortunately, Dallas started playing better together in the second half and beat Minnesota United at their own game. A team goal in the 68′ was the equalizer and showed just how easily the Loons can be carved apart after an hour of observation.

Hayes, who came to Minnesota from FC Dallas in 2020, had some insight on the mid-game shift:

It was one of those, it’s tough, they probably got ripped out at halftime, I know that coaching staff, they were yelling at them at halftime. They came out with a little bite, so we’ll learn from this. It’s nice to learn from lessons when we still get the points, or, a point in hand. So it’s not like we’re learning and have zero points to go home with. This whole season we’ll keep learning, so that come playoff time, we’re peaking.

As for the fans, frustration runs deep.

Like Hayes said, the Loons return home with a point and shift their focus to their first match in a nearly full Allianz Field since 2019. Minnesota United will host Austin FC (again) on Wednesday, June 23. With approximately 19,000 fans in attendance and Pride Night festivities, it is sure to be a party.