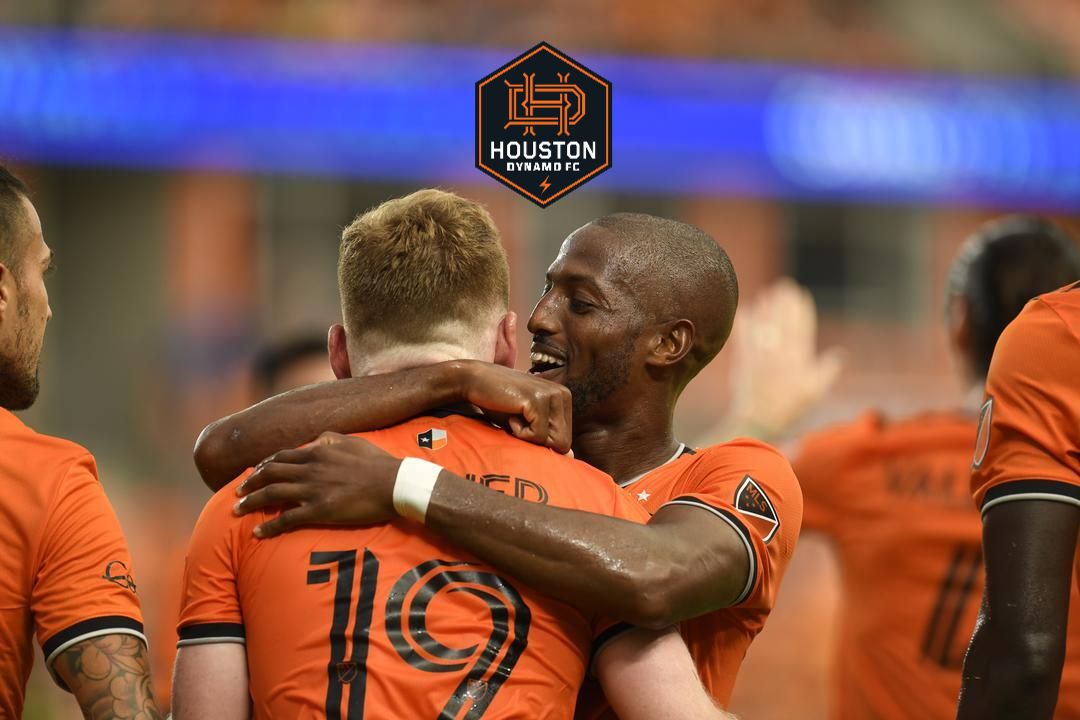 It’s been a long minute since I’ve dropped a Houston Dynamo FC update! The end of a school year/start of the summer schedule has been hectic, and surviving the one-two punch of Mental Health Awareness Month and Pride Month in the systematically oppressing soccer-sphere has taken a pretty big toll on me. Let’s continue to show up for ourselves, work for legitimate change, and keep fighting against ignorance.

Speaking of the need to keep fighting, the Houston Dynamo FC put in a solid 40 minute performance against the Portland Timbers at home on Wednesday night. Unfortunately for the Dynamo, the Timbers came to play a full 90+ and came back too easily from a two-point deficit to take a road point back to Portland.

Houston dominated the offense from the starting whistle and converted a corner kick just 15 minutes in. Both Fafà Picault and defender Maynor Figueroa seemed to have a bit of a head on the ball as it hit the back of the net, but ultimately Fafà was credited with the goal. The Dynamo continued the first half on the front foot with Figueroa getting a second chance for a headed goal at 28’ but was denied by the crossbar. Tyler Pasher found the net to double the score in the 33rd minute, and Houston had a comfortable lead that should have been easy to cradle in their home stadium.

Just as the Dynamo took their foot off the gas far too early, Portland was shifting gears. Even before the wrapping of the first half, the Timber’s Williamson did his own crossbar check in the 42’. Savarese made some halftime changes, including putting Diego Valeri in the attack.

Portland continued their press in the second half and trimmed the deficit in the 50’ with an easily defendable counter-attack and goal by Asprilla. Houston never seemed to find any offensive rhythm in the second half and were constantly defending against a hungry Portland. Ebobisse finally closed the gap in the 91st, and Houston dropped a really disappointing two points at home.

This was Houston’s first match since formally welcoming new majority owner Ted Segal. The Brener-Out Bunch has finally been satisfied, and we’ll see what some fresh funding might bring to the future of the team. This result certainly wasn’t the warm welcome the team wanted to provide, but perhaps it’s the most authentic orientation into the struggles of the organization.

Personally, I don’t believe it’s a big cash injection that the Houston Dynamo FC and Dash need but, as with so many organizations, a culture alignment. Wednesday’s match was the team’s annual “Soccer For All” night – the milquetoast effort designed to couch Pride activities in with other inclusive efforts so as not to be too off-putting to more culturally conservative fans. It’s authenticity that breeds passion, however, and the Houston pro-soccer organization won’t find real success until they can find a way to put team culture ahead of revenue optics. But nobody asked me.