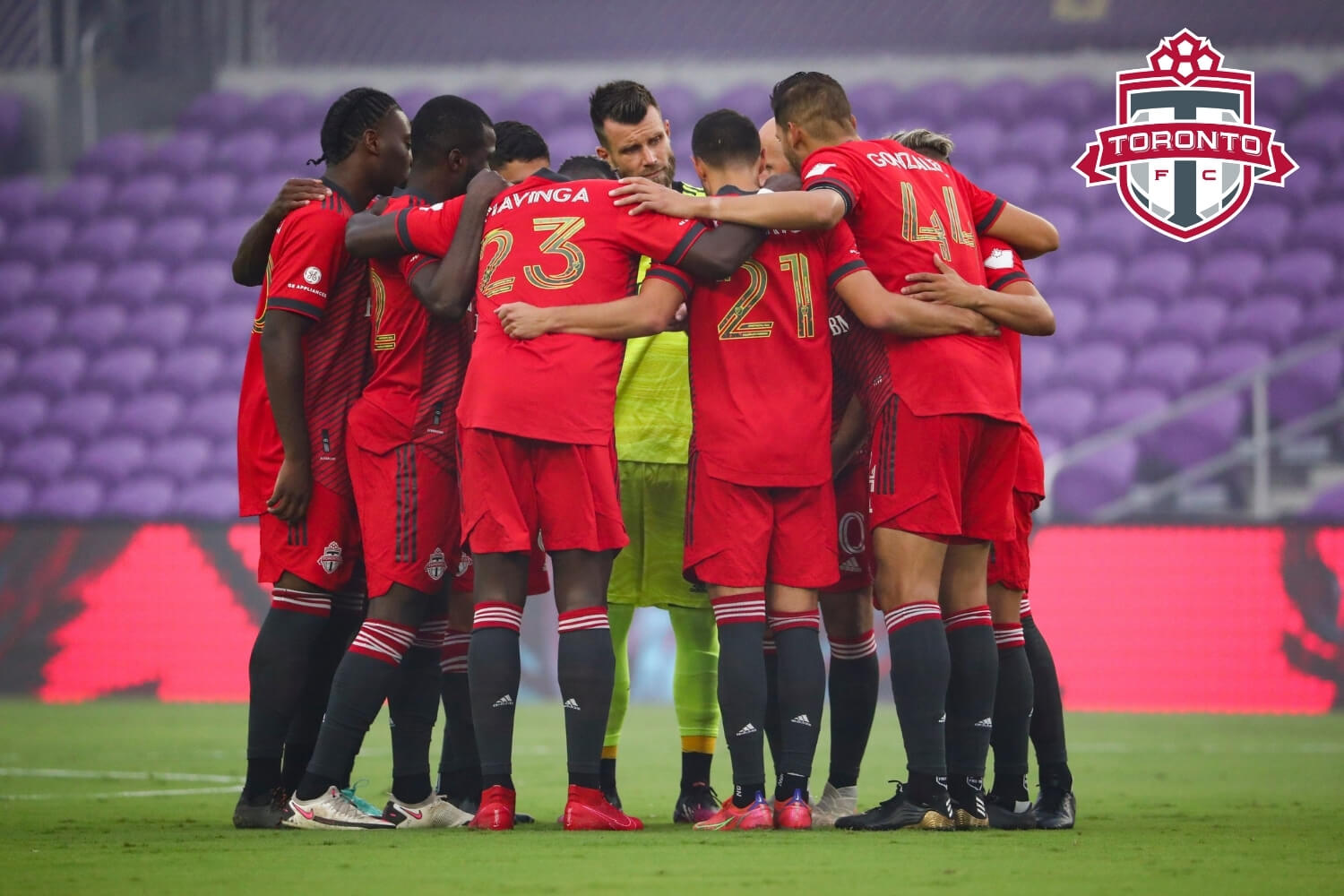 Toronto FC and Orlando City SC’s return to MLS action started as a goal-fest and ended on a scrappy note with a late goal by Orlando being the match-winner. Amidst concerns over their performance under new head coach Chris Armas, Toronto FC’s performance was a notable improvement from recent matches, but Orlando was able to capitalize on several individual mistakes to earn a 3-2 victory.

While Saturday’s match was held at Orlando’s Exploria Stadium, Toronto was technically the home team while they set up shop in Orlando for the foreseeable future. As a result, the match was closed to all fans.

Toronto keeper Quentin Westberg started for the first time this season, while Jonathon Osorio and Alejandro Pozuelo both made their return from injuries. Jozy Altidore was missing from the lineup while he trains on his own amidst a reported conflict with Armas and discussions with management over his future with the club.

Orlando City also had changes to their lineup as they welcomed back two familiar faces; Nani made his return to the starting lineup following a two-game suspension, and Daryl Dike returned to Orlando’s bench (and came on in the 64th minute) following his four-month loan to Barnsley FC and three weeks of international duty.

Tesho Akindele wasted no time, dashing right past Toronto’s defense for a goal in the first minute. Westberg, normally known for his excellent footwork and distribution, lost the ball at his feet in the box leading to a goal off a header from Nani in the eighth minute to double the lead. Determined to get in on the early goal-fest, Ayo Akinola headed in a cross from Richie Laryea in the tenth minute to prevent Orlando from getting too far ahead.

After a chaotic opening ten minutes, both teams found their rhythm, and the match shifted from shooting practice to battling it out more in the midfield. The return of Pozuelo and Osorio led to notable improvements in Toronto’s organization and decisiveness in the attack, although many opportunities were left unfinished. The pair truly made their return known in the 39th minute, when Pozuelo connected with Osorio in the box to tie the match at 2-2.

The second half was filled with box-to-box play and plenty of chances for both teams. It looked like the match was headed for a draw until the 84th minute, when Toronto gave Orlando space, and the “visitors” punished them for it with a goal by Júnior Urso.

The match ended on a scrappy note — Dike and Omar Gonzalez both received treatment on the field following a head-to-head clash in the air during stoppage time, and a skirmish ensued moments after play resumed. While Nani received a yellow card in the 98th minute, Orlando held on to their late goal and finished with a 3-2 victory.

Individual mistakes ended up being the storyline for this match, despite Toronto’s performance as a team being much stronger and more cohesive than recent matches. Against another team, they may have gotten away with it, but Orlando was quick to take advantage and their reward was taking all three points. The Reds return to action on Wednesday evening as they travel to face Nashville SC at 8:30 pm EST.