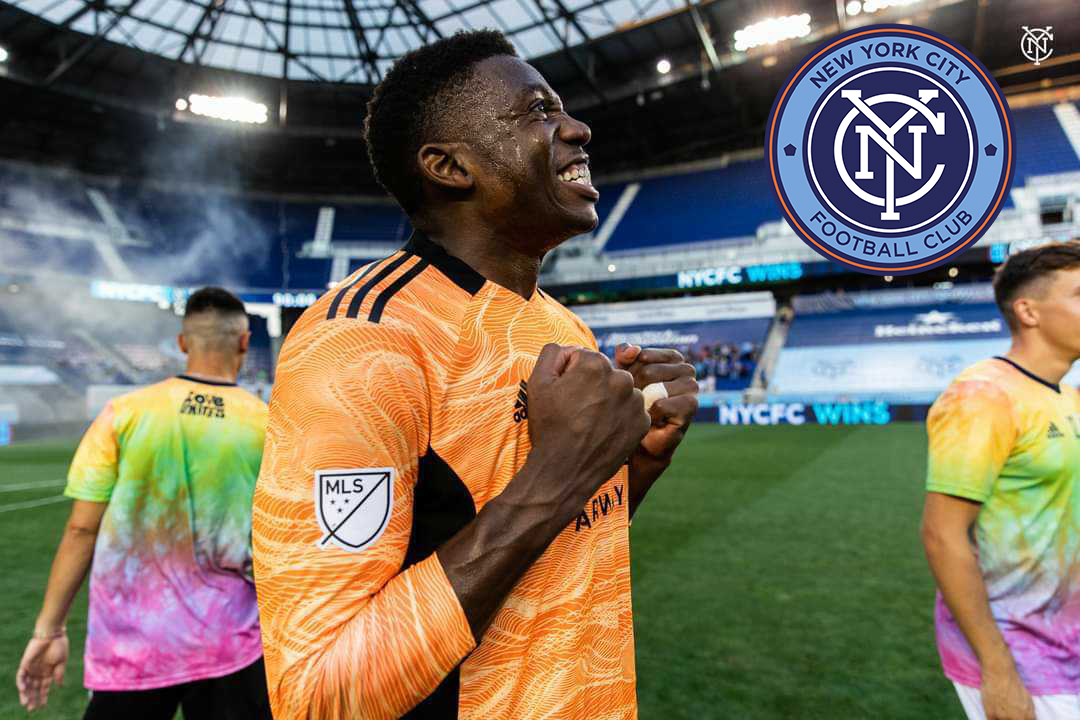 If you would’ve told me that New York City FC would score two goals within ten minutes (one being in the dying seconds of the game) to come back and snatch three points from the jaws of defeat against DC United, I would’ve called you a liar. Before we get to the good part, let’s review the beginning of the game.

DC United entered the game with no goals given up in the last 315 minutes of play. In an all-too-familiar-fashion, NYCFC started the first half hot out the gate, but then fizzled out like a 4th of July firecracker within five minutes. City logged two shots within the first four minutes of the game. In the 9th minute, NYCFC forward Valentin “Taty” Castellanos awkwardly dribbled the ball into the box only to encounter a DC United defender who deflected the ball to United’s goalkeeper Bill Hamid.

Hamid distributed the ball to midfielder Moses Nyeman who beautifully sent the ball forward to find striker Nigel Robertha in New York’s half. With some flashy footwork and a quick dart to the left of NYCFC defender Maxime Chanot, Robertha was easily able to bury the ball in the back of the net, earning him his first MLS goal. What followed was 35 minutes of back-and-forth squabbling from both teams on the pitch.

When New York City FC gives up a goal early in game, we often see the team completely lose sight of their playstyle and scramble to make up for the mistake. NYCFC logged nearly 70% of possession in the first half, but passes were not methodic and players panicked each time a DC United player pressed their space. NYCFC saw their fair share of opportunities to score, but none came to pass. Supporters grew frustrated with the indecisiveness in the final third as key players like Castellanos and Jesus Medina struggled to break down DC United’s defense. DC United also made several shots, but they were either missed or saved.

Near the end of the first half, both NYCFC and DCU made early substitutions. DC United replaced Nyeman with Felipe while NYCFC saw Thiago Andrade enter for Medina. Nyeman left the field with a possible injury while Medina’s substitution may have been more tactical. Medina has been lackluster in the last few games after starting the season strong with five goals. The half ended with DC United up 1-0.

The second half began with changes from both teams. Keaton Parks replaced Alfredo Morales for NYCFC and Andy Najar took the place of Hines-Ike for DCU. The few fans that ventured to Red Bull Arena expressed their discontent with the officiating when NYCFC began attacking DC United’s half of the field but were repeatedly called offside or fouled before a play could pan out. YES Network commentators Ian Paul Joy and Joe Tolleson both remarked that despite what looked like incorrect calls, most were appropriately made. (Joy did express his frustration with the rule change that has linesmen allow an offside play to end before raising their flag, rather than raising it when they see the player offside.)

NYCFC continued to dominate possession in the second half, but also continued to falter in the final third. Hope for an equalizer had dwindled when the game reached the 80th minute. With little gas left in the tank, NYCFC DP Maxi Moralez approached a cornerkick after DC’s Adrien Pérez cleared the ball over the endline. With a deep breath, Maxi sent the ball in off his right foot and found Keaton Park toward the near post. Keaton used his physicality and height to direct the ball past Hamid, giving NYCFC supporters an ounce of hope. Most, if not all, were delighted to have a draw on the table after watching NYCFC struggle to score for nearly ninety minutes.

With bated breath, supporters on both sides watched to see how the remaining minutes of the game would play out. NYCFC is notorious for giving up late-minute goals and DC United had been playing in a high press, waiting to punish the slightest of errors by NYCFC. NYCFC had been attacking DCU for a majority of the second half, but struggled to find the back of the net.

The assistant referee raised the board signaling for four minutes of stoppage time. In the 94th minute, NYCFC’s Gudmundur Thórarinsson conceded one last corner kick to DC United. DCU pressed most of their players near the box, risking it all on the line in one last attempt to snatch the three points. The corner was sent in and Paul Arriola’s right footed shot from the left side of the six yard box bounced off the chest of NYC goalkeeper Sean Johnson. Noting that United’s defense was all resetting, Johnson lurched forward, sending the ball to Thiago and falling forward on his chest from the momentum.

WIth a pace never seen before from a NYCFC player, Thiago sped forward, beating DC United defender Donovan Pines. Pines sprinted forward to close the gap between himself and Thiago, but a cheeky right-footed redirection from Thiago saw the ball go behind the defender and more central toward goal. With Sebastian Rodriguez available on the other wing, Thiago sized-up the goal and took the shot himself. The ball bounced over Hamid’s leg and into the corner of the net, sending the NYCFC supporters and players alike into a frenzy.

DC United players collapsed on the field while NYCFC players surrounded Thiago in elation. Coaching staff jumped in jubilation on the sideline. NYCFC supporters around the nation screamed at their TV sets. Ian Paul Joy passionately called the play’s pace and quality “next level”. Thiago’s last second goal can arguably be one of the best goals in NYCFC’s short history. It was certainly refreshing to see a player be selfish and go for goal rather than dribble at the top of the box.

With six points earned in a week long span, New York City FC now have the luxury of a ten day break before returning to action on July 7, 2021 at 7:30 PM EST against CF Montreal. The teams will play in Exploria Stadium in Orlando, Florida, as the Canadian teams continue to wait for COVID restrictions to lift. Until then, let’s all enjoy this feeling of victory and watch replays every time we see them come across our timelines.