New York Red Bulls and a Devil of a Time 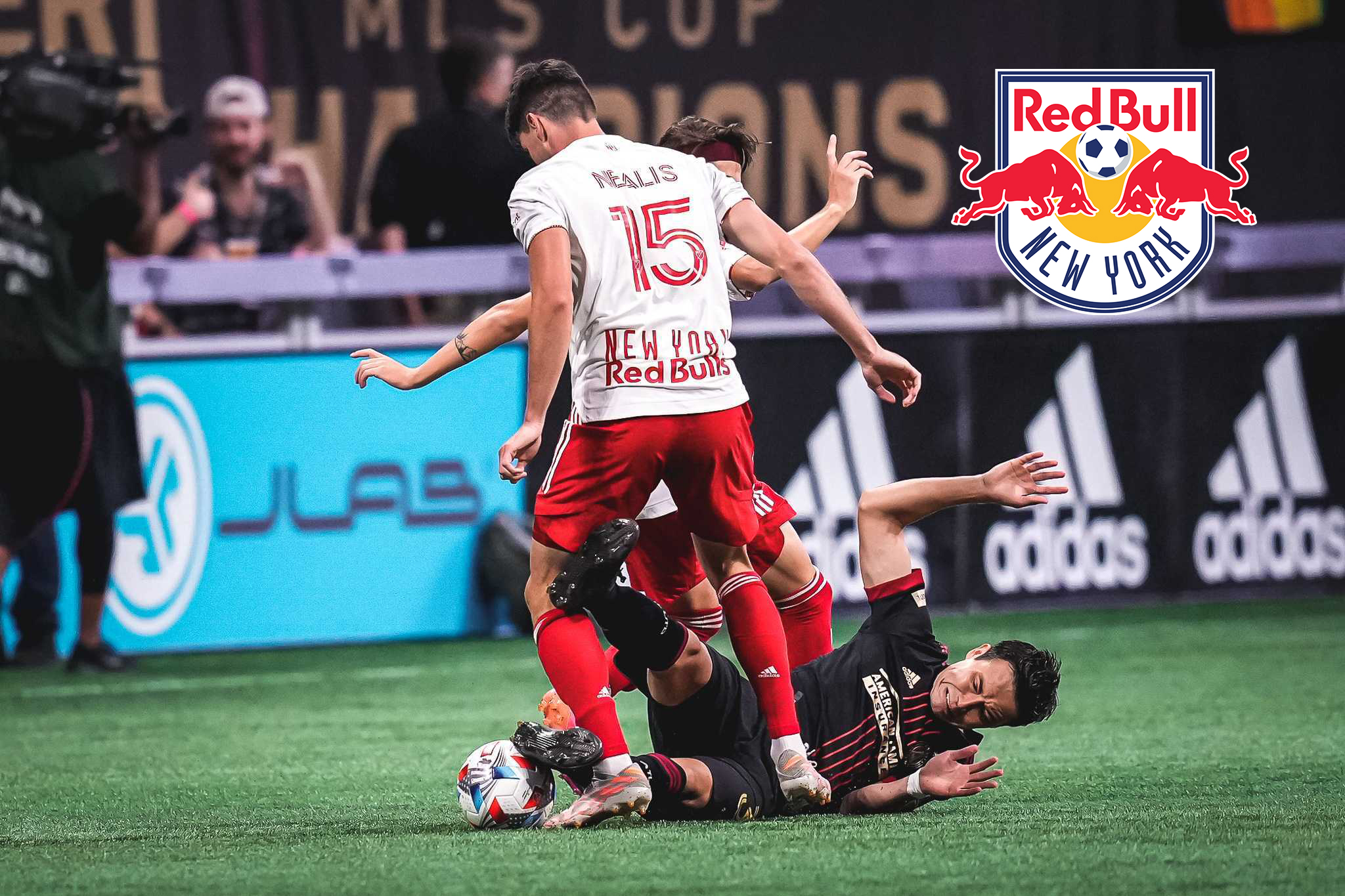 Just four days after a disappointing road loss, the New York Red Bulls made their way to Mercedes-Benz Stadium. Ten games into the 2021 campaign, RBNY were in search of some road points. At the same time, Atlanta United were looking for any points, as draws dominate their records this campaign.

Between injuries, international duty, and a really short turnaround, RBNY looked a little short-staffed. The striker partnership between Patryk Klimala and Fabio, which had yielded two goals in the last two games, was split up to bring in Tom Barlow. While Barlow had scored on Atlanta in the past, he went to the full 90 with no such success.

Despite the lack of goals, the visitors put up a real fight… and have the fouls (23) and yellow cards (4) to prove it. But I have another theory:

The argument about soccer on turf is worn out and a moot point when it comes to Atlanta. But it was clear that the surface was giving all the players on the field grief. Manager Gerhard Struber was forced to use all five substitutions, which he does not always do.

Let me show you how it’s done

The game was not without its bright spots. Defender John Tolkin did a great job bringing the ball up, and Kyle Duncan created some exciting chances. Fabio also made an impact when he came on for the second half. But Atlanta got their bearings as well and threatened the goal as the match wore on. RBNY keeper Carlos Coronel kept his clean sheet, despite a very scary hit to the post late in the game.

Just come on back if you ever wanna try again

The Red Bulls will host Atlanta near the end of the season; for now, they return home to rest and prepare for their game against Orlando City at Exploria Stadium. At least RBNY can finally say they have a road point now. Can they make it three points next time? I’ll take your bet.