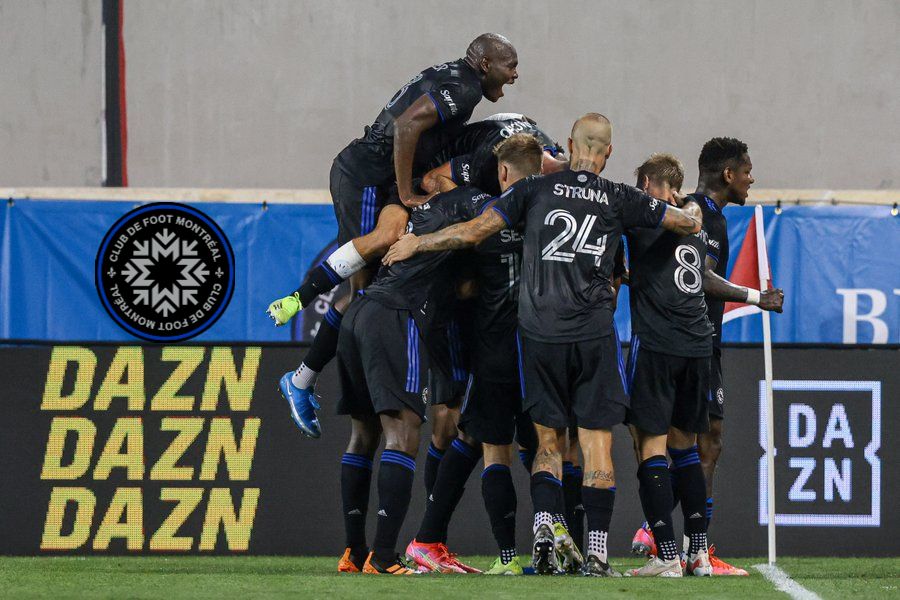 In the spirit of the the Canadian MLS clubs’ collective trials this season, CF Montreal set up shop at DRV PNK Stadium — normally home to Saturday’s adversary, Inter Miami CF — due to border closures with the US. As travel restrictions drag on, Gold Cup matches are now clashing with the teams’ home matches. Thus, the two teams faced off at Red Bull Arena while a Gold Cup qualifier was played on July 3rd at the Fort Lauderdale stadium. The league will call it a CF Montreal home match, but let’s call a spade a spade – both teams were on the road.

As they showed up to the previous season’s home-away-from-home, CF Montreal were boasting a three-match unbeaten run, conceding only one goal across those matches, with one win and two draws. That does not tell the full story of the team’s play in those matches as their opponents had largely dominated possession and scoring opportunities. Normal starting GK Clément Diop has picked up a long-term injury in one of said matches, and the team is looking at a congested July calendar with key players Kamal Miller, Romell Quioto and Sam Piette due to depart for the Gold Cup.

Wilfried Nancy elected to start Lassi Lappalainen and Mathieu Choinière at the critical wingback posts in his 3-5-2 formation, while Victor Wanyama returned from suspension to start alongside Amar Sejdic. Mason Toye and Romell Quioto were paired as strikers for the first time since the latter’s injury in May. James Pantemis had his third start of the season in goal. For Phil Neville’s side, big-money DPs Gonzalo Higuain and Rodolfo Pizarro continued to languish on the bench as the skidding team sought to break a four-match losing streak.

Following three lacklustre matches in which CF Montreal was outshot by opponents, the players started the match with fire in their bellies. Whether it was a tactic on Inter Miami’s part or added desire on the part of the “home” team, Djordje Mihailovic was given full liberty to orchestrate the offense as he linked up with players and distributed pass upon pass into spaces allowing for CF Montreal players to enter the attacking third with greater conviction than had been shown in recent performances.

A golden opportunity was squandered in the 11th minute as Mihailovic and Quioto combined to put three shots on target in rapid succession, of which one was saved by John McCarthy and two were cleared off the line by defenders. Montreal’s hunger was rewarded in the 41st minute. Following a defensive recovery, Miller launched the ball to Lappalainen on the left wing, his pass found Quioto who was stuck back to goal as a defender pressed him. Quioto passed to Mihailovic who pivoted to find David Choinière who had made his way into the box. The homegrown player struck a composed first-time side-footer to claim his very first MLS goal.

One goal would prove to be sufficient for CF Montreal, despite Miami throwing everything but the kitchen sink at them in the second half. Although the “visitors” were granted more possession, they were limited to three shots on target, all of which were well-marshalled by James Pantemis who notched his second clean sheet of the season.

CF Montreal will play another “home” match on Wednesday, July 7th. This time the team will be based out of Orlando’s Exploria Stadium to welcome NYCFC. There is hope for a true match, as the team will be granted the ability to return to Montreal to train following this match, and are in discussions to host matches as early as July 17th in Montreal.