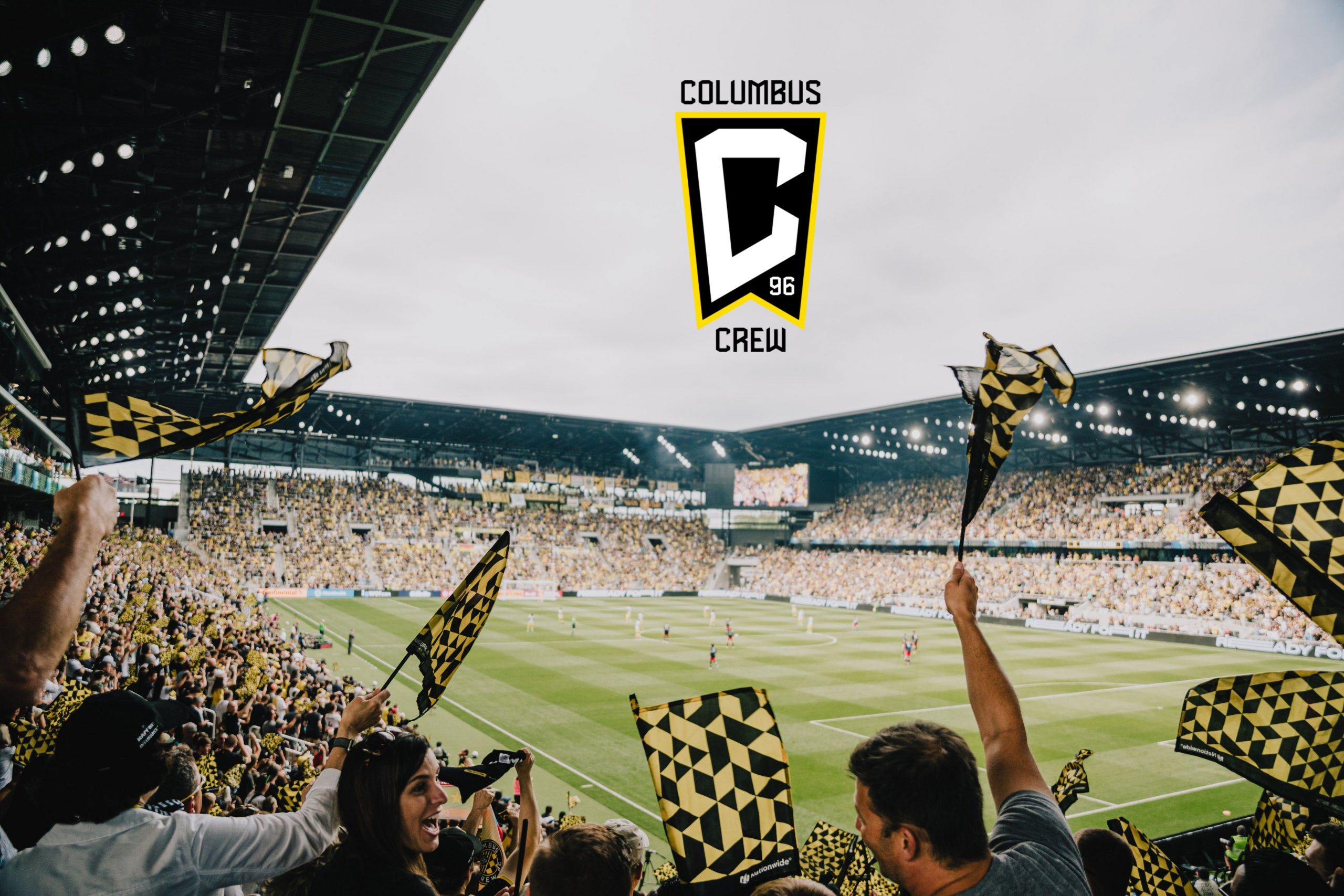 The Columbus Crew welcomed the New England Revolution to the opening of Lower.com Field – a repeat of history as the Revs were the Crew’s opponent for the opening of Historic Crew Stadium back in 1999. Playing in front of a sold-out crowd of 20,407, the Crew and its fans were also hoping for a repeat of the 2-0 win they earned in 1999. Instead, they found themselves with a 2-2 draw.

While the Crew came out at the whistle with a few dangerous shots by Luis Diaz and Harrison Afful before the 2′ mark, New England had the honor of scoring the first goal in the Crew’s new home.

In the 13′, DeJuan Jones sent the ball across the field to an unmarked Tajon Buchanan who headed the ball over Crew defender Milton Valenzuela who didn’t seem to realize that Buchanan was rushing in behind him.

In the 30′, New England struck again. Buchanan was given a lot of room to run down the wing and cut inside feeding the ball across the field where a streaking unmarked Gustavo Bou finished off the play with a goal.

But Gyasi Zardes wouldn’t let the Crew go into halftime scoreless. In the 39′, centerback Vito Wormgoor sent a long ball across the field to Harrison Afful. Afful passed the ball to Zardes who had his back to the net. With a quick turn, Zardes shot a diagonal ball into the bottom corner of the net making it 2-1.

In the second half, the Revs scored again but on themselves. In the 69′, the Crew’s Liam Fraser sent a long ball towards the Revs’ net that bounced off the head of Andrew Farrell who was running with his back to the ball to cut off the run of Zardes. Farrell’s head redirected the ball past goalkeeper Matt Turner who had been running out of the net to get to the ball. While both Turner and Farrell scrambled to stop the ball, followed by Zardes who wanted to make sure the ball got into the net, the three collided at the goal line as the ball rolled into the goal. The visitors’ own goal was the equalizer.

The Crew looked like they may pull out the win in stoppage time. Pedro Santos took a shot from the wing that Revs keeper Matt Turner punched out. It bounced to Alexandru Matan who took a shot with Turner out of goal, but Farrell was able to redeem himself and clear Matan’s shot off the line. Then Afful took a shot off that rebound that was blocked. Finally, Nagbe had a shot from the top of the box. This all took place in less than one minute. Despite the flurry of shots, the Crew were unable to score another and ended the game 2-2.

Thoughts on the Match:

First, Lower.com Field is amazing. It doesn’t quite feel real or like home yet. It’s like when you move to a new house, and it takes awhile for it to feel like yours. But it is a beautiful new house, and the crowd was invested and loud to support the team.

I thought the Crew were dangerous, but they HAVE to figure out how to finish more of their chances if they want to climb up the table and make a postseason run. We can’t depend on on goals by our opponents to save us as it has in multiple games.

Injuries and International call-ups are really hurting this team, and we still held our own with a team on the top of the table. However, the injury count is alarming to me and reminds me of Caleb Porter’s first year as the Crew coach. Not having Artur and Josh Williams is definitely impacting this team.

With Gyasi leaving for USMNT duty and Bradley Wright-Phillips hurt, who will we have at the forward spot? Hopefully, the Crew can figure it out before their game next Friday against FC Cincinnati.