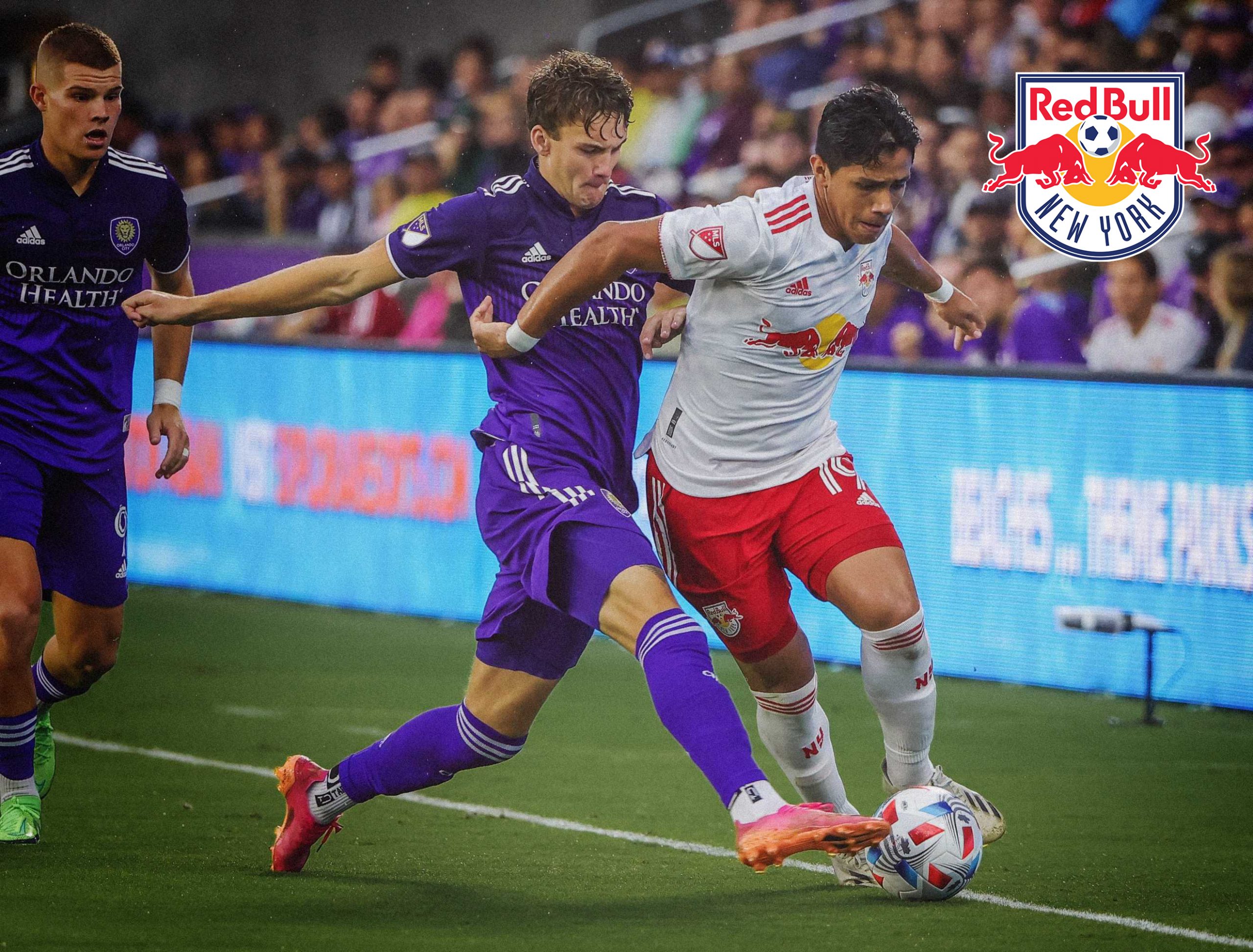 The New York Red Bulls end their road trip with a flight to Orlando and Exploria Stadium– and yes, technically kickoff was a little after 7:30 pm, but Sir Elton didn’t sing that. The home leg* of this matchup saw Orlando City to their first loss of the season. The Lions were determined to prevent a repeat on their field. While their international superstar Nani was able to take the field this time around, Orlando was missing some other key players, such as starting goalkeeper Pedro Gallese. So while it was hot and humid and rather brutal despite an evening kickoff, both teams were ready to fight for goals and points.

*home leg= a term previously reserved for MLS Playoffs only. Some teams play each other only once in a season; others as much as three times. For example, the matchup between Orlando and RBNY was set twice this season– one in Harrison, the other in Orlando. If you dig European leagues, this totally makes sense to you.

We had it with your discipline

The game was a physical challenge from the starting whistle. Referee Joe Dickerson had quite a time keeping things in hand. A referee will often hold off on yellow cards until the 2nd half, and sometimes that can be too late. Dickerson’s first yellow card– to Orlando’s Junior Urso– came just two minutes into the match. Heat and adrenaline shorten tempers: one need not be a professional athlete to know this. Late in the game, Dickerson physically kept some players apart when the situation warranted. While there were a total of six yellow cards over the course of the match, I am hard-pressed to argue any of them.

Get a little action in

His first game back from International Duty, Christian Casseres, Jr. reminded fans why he’d earned the spot on the Copa America squad. Just six minutes into the match, he nailed a shot from outside the box to open the scoring.

And indeed, the Red Bulls held out for the rest of the first half. They pressed and held possession, and threatened the net multiple times, most notably with Dru Yearwood and Patryk Klimala. But Orlando was able to level just at the hour mark, with Chris Mueller finding his second goal of the season. Since RBNY had only just earned their first road point in their previous match, perhaps it was too big of an ask to get three points… or was it?

In the 79th minute, Fabio settled a ball and shot it low and hard into the net to put the Red Bulls back on top. His elation was evident, the celebration of someone on whom the team can depend as the season wears on. If he can increase his consistency and Klimala can join him, they will prove a lot of naysayers wrong. Something I will enjoy.

Red Bull New York welcome Philadelphia Union Thursday for a rematch. If you recall, I made my way to Subaru Park for their last meeting. Even though Saturday night’s the night I like, I think I’ll be able to see my way to Red Bull Arena once again.