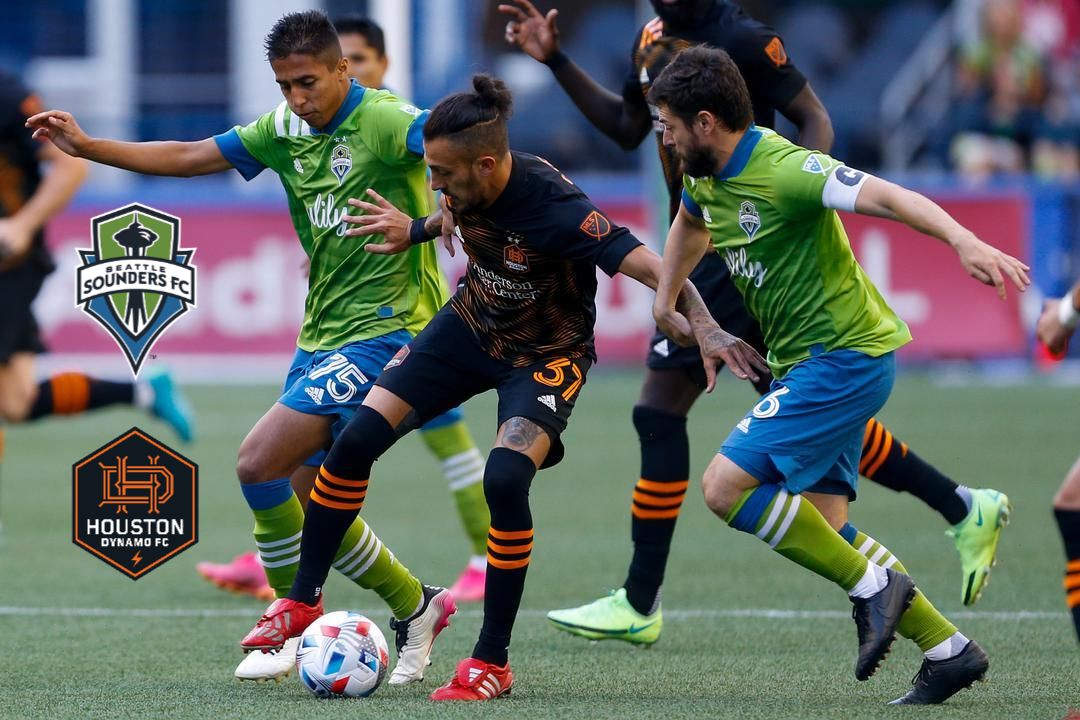 If ever there was a time for the Houston Dynamo FC to get their first win against the Seattle Sounders on their home pitch, this would have been the night. Seattle had a number of their standard stars out with injuries, but Houston matched those absences with a number of their own starters out for international duty. The resulting matchup was a wild mixture of starters on both ends that was a real test for depth and overall cohesion of the squads. Seattle was clearly the more prepared of the two squads and shut out Houston handily.

While the stats showed a fairly even match between the two squads, the play itself showed a Houston team that was consistently chasing the game – always a step or two behind the Sounders. The Dynamo spent a significant amount of time bunched up in Seattle’s box in the first half, but Seattle’s defense was always ready for the crosses and denied goals time and again. Houston was visibly frustrated with players appearing to argue as much with their teammates as the opposing Sounders. Despite having not played one another since 2019, a rivalry-level animosity seemed to exist between the teams.

Houston held on in the first half, but the second half brought the inevitable defensive breakdown that comes from chasing a match for so long. Kelyn Rowe netted his first Sounders goal at 62’, and Raul Ruidíaz finally got one in the 94th. Both goals resulted from textbook defensive breakdowns; Houston truly missed its Honduran options, Maynor Figueroa and Boniek Garcia in the center back position. Sam Junqua filling in showed that he is much more adept on the attacking end where he has played brilliantly recently. New signing, Zimbabwean Teenage Hadebe, can not get up to speed quickly enough to provide some depth in that space.

Ultimately, Seattle’s cohesion won over a Houston lineup that seemed to be strangers. The Sounders backup players seemed to come in seamlessly to pick up where their absent starters left. Houston, on the other hand, showed that individual talent in any one position doesn’t pay off if the team isn’t working together toward a common goal – figuratively and literally. Subbing in big names like Darwin Quintero and Mateo Bajamich makes no difference if they can’t come in as a part of a system. Tab Ramos, and perhaps the club as a whole, have got to figure out how to come together as a team and not just individual talents.

Houston will next play again on the road, where they’ll take on Vancouver on July 20th after a much-needed week off to regroup. Seattle heads to Minnesota on the 18th.