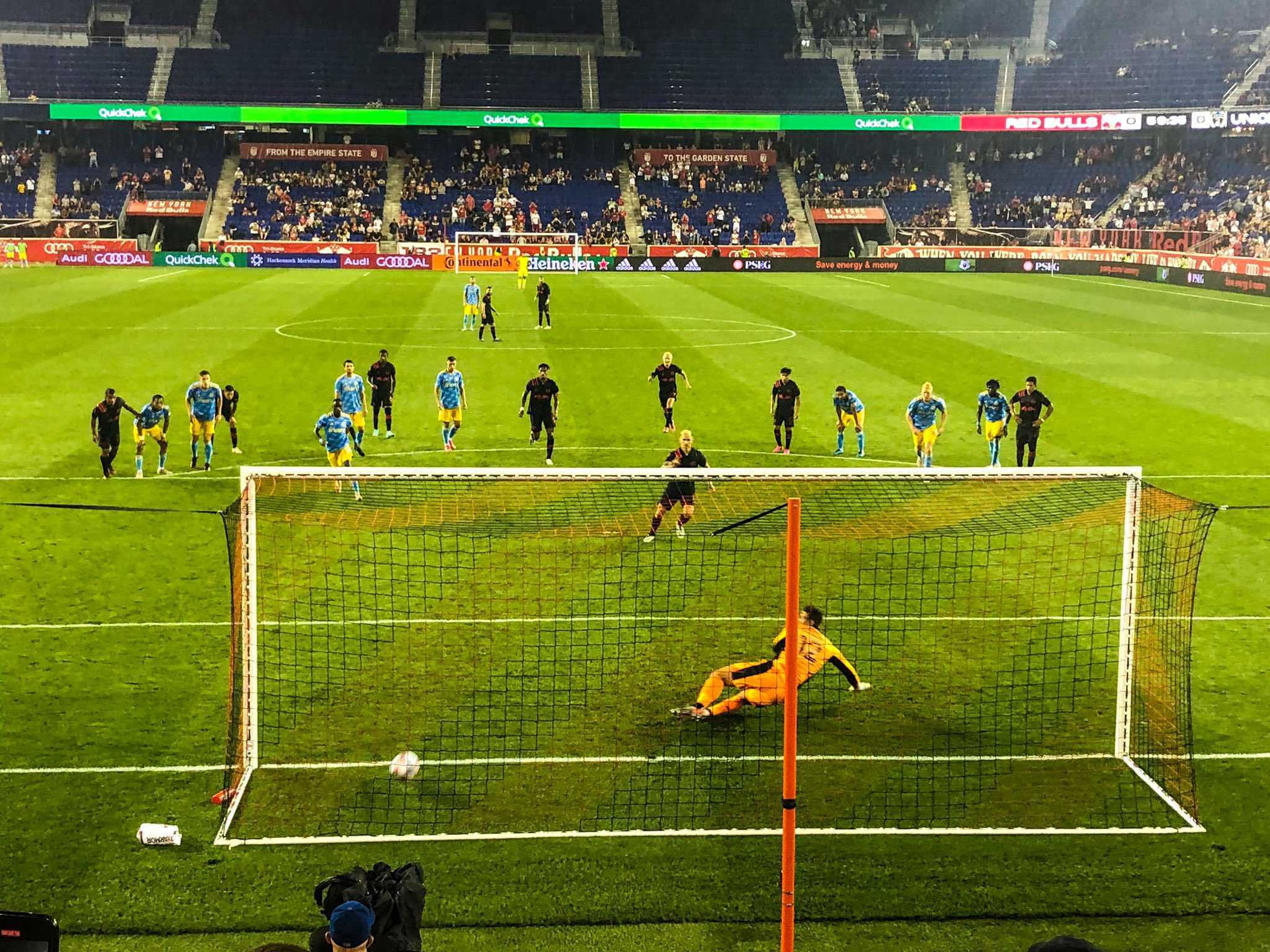 I let it fall

Never have I ever had to drive through torrential downpours to get to Red Bull Arena. It was a pain, but at least I wasn’t alone. Supporters and casual observers alike rolled into Harrison to see the Red Bulls take on the Philadelphia Union… again. The best way I can put it is this: Union can out-Red Bull the Red Bulls. I used to say it was Union manager Jim Curtin’s ability to outmaneuver former RBNY coach Jesse Marsch, but it has only gotten better after the latter’s departure. New York is dying to claim points from Philly again.

You rose to claim it

Not so long ago, New York native and Fordham University alumnus Ryan Meara stepped aside from the RBNY goal for one Luis Robles. What followed was a record-breaking streak between the sticks for Robles, and a USL championship for Meara, which is nothing to look down at. After Robles left for Inter Miami, Meara’s injury kept him seated as Danish keeper David Jensen joined the club. As this season began, Meara was once again held in wait as Brazilian keeper Carlos Coronel took the starting position. It’s important to note you’ll never hear Meara bemoan his state. He is no second string goalkeeper– just another starter available when needed. And Coronel certainly came up big in the first half, with two saves and several more blocks. He had made damaging errors earlier in the season, learned from them, and seems to be hitting upon the necessary form for this MLS campaign.

Without falling to your feet

Neither team was going quietly into the night. The result was no goals and one yellow card apiece by halftime. Then just short of the hour mark, everything turned on its head: Union keeper Matthew Freese grabbed at Red Bull attacker Wiki Carmona, a blatant denial of a goal-scoring opportunity. He was given a straight red and sent off. Then, as a new wave of rain came down, striker Patryk Klimala buried the kick from the spot (60′). Not content to park the bus, RBNY rode the wave to attempt another goal in the run of play.

A side to you that I never knew

But it was the Union who found the net. In the 85th minute, Union sub Sergio Santos sent a ball across the face of goal, where it knocked into the far post and in behind Coronel. Fans were annoyed: John Tolkin was down but there was no stoppage because he was off the field. It… got a little crazy from there. More confrontations and more yellow cards followed. Both sides pushed on to get a go-ahead goal. It was to no avail: the final whistle blew with the contenders sharing points.

The Red Bulls have a long week off before their next match, when they welcome Inter Miami. Defender depth is dwindling– hopefully Tolkin can recover in that time. In the games they play, they need to always win.