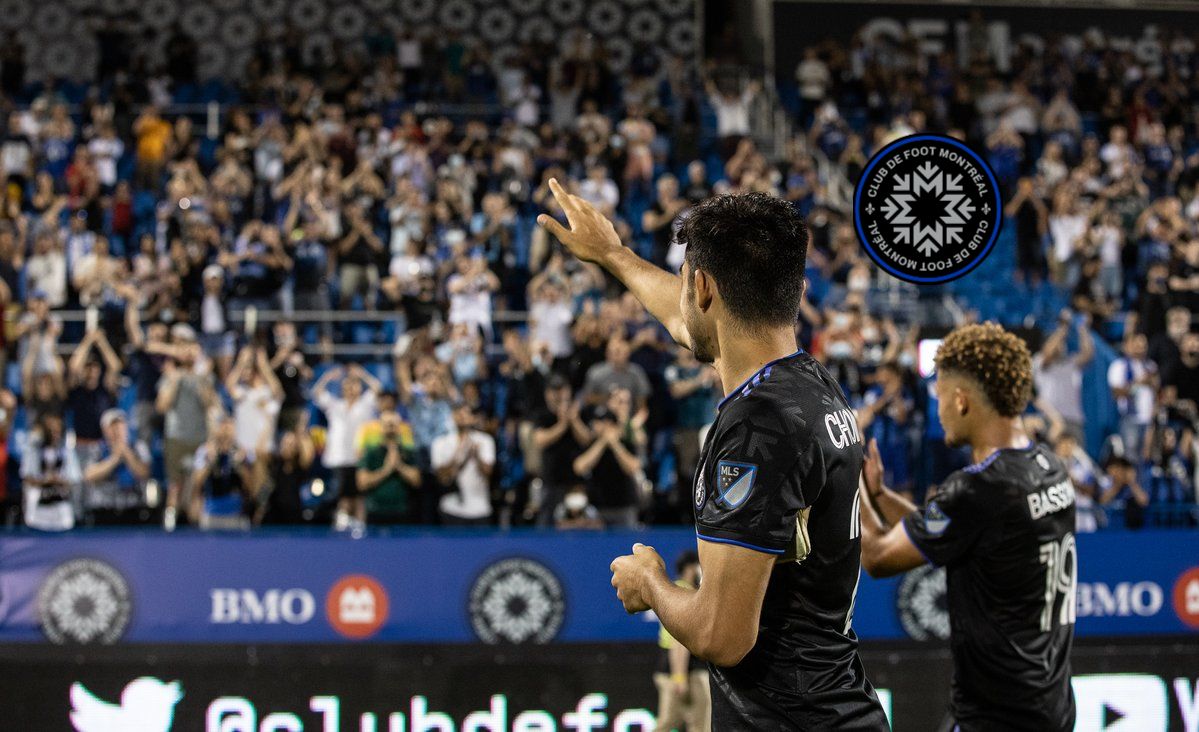 It’s been an incredibly hard season for the Canadian MLS clubs. All the teams situated north of the border have played in empty “home” stadiums for the first third of the season, separated from friends and family, living out of hotels. For CF Montreal, the adversity was compounded by a controversial rebrand and the last minute departure of the head coach on the eve of pre-season. Along with a slew of new arrivals from all corners of the planet, pundits far and wide wrote the team into the bottom of the standings.

Suffice it to say that when the Canadian government relaxed border restrictions, allowing the team to finally find home ground to practice, nobody expected CF Montreal would be in fourth place in the Eastern conference, with the second-best defense in the league. When a last-minute green light came to have a fully vaccinated contingent from FC Cincinnati enter Canada, a five-thousand strong homecoming party at Stade Saputo was in order.

Montreal had never notched a point against Cincinnati, meaning that even though certain key players would be absent from both sides, the specter of that record loomed over the meeting. Both Wilfried Nancy and Jaap Stam fielded squads missing starters, with a notable first start of the season for Joaquin Torres.

It looked as though old ghosts would haunt Montreal as two calamitous errors occurred early. Victor Wanyama turned over possession just a few yards outside of the eighteen-yard box, followed by James Pantemis getting the ball picked off his foot to gift Cincy a 2-0 lead by the fourteenth minute. Montreal would rally though, and hit the post three times in the first half.

Mason Toye scored the first comeback goal with a header off a Lassi Lappalainen cross, followed by Joaquin Torres capitalizing on a spill by ‘keeper Kenneth Vermeer to equalize. Yet a freekick conceded late in the half allowed Cincinnati to go ahead 3-2 when referee Silviu Petrescu whistled for halftime.

Immediately after the half, the defensive catastrophes continued, as Rudy Camacho lost his balance leaving Brenner wide open to score his second of the night and once again give the visitors a two-goal lead in the 46th minute. Montreal had found the strength to equalize earlier, but now had it all to do again. Ahmed Hamdi was substituted onto the pitch, a more attacking replacement for Emmanuel Maciel and Montreal threw everything they had at the Cincy defense.

Hope was reignited when Toye was taken down by Vermeer in the box, and scored the resulting penalty in the 72nd minute. Two minutes later, Torres weaved through a slew of defenders and toe-poked a ball which Hamdi shot first time. This time, the ball bounced off the post and into the net. Montreal were level again. The home side continued to press for a game-winning goal, and in the 87th minute the 5,000 faithful were rewarded when a cross was cleared to the centre of the 18 yard box and Hamdi was the willing recipient of the loose ball, again with a first-touch shot to pull his team ahead for the first time.

Through seven long minutes of injury time, Montreal held on to see out the three points. It was a much-needed balm for the club and its fans after the adversity of the season to date. The victory was dedicated to assistant coach Jason Di Tullio, who recently revealed he is fighting brain cancer but was in attendance for the emotional victory.

It was a short but sweet homecoming for Montreal, who travel to Red Bull Arena – which serves as temporary home for NYCFC – on July 21st at 7:00 PM EST.