Crew Lucky To Pull Out A Win Against NYCFC 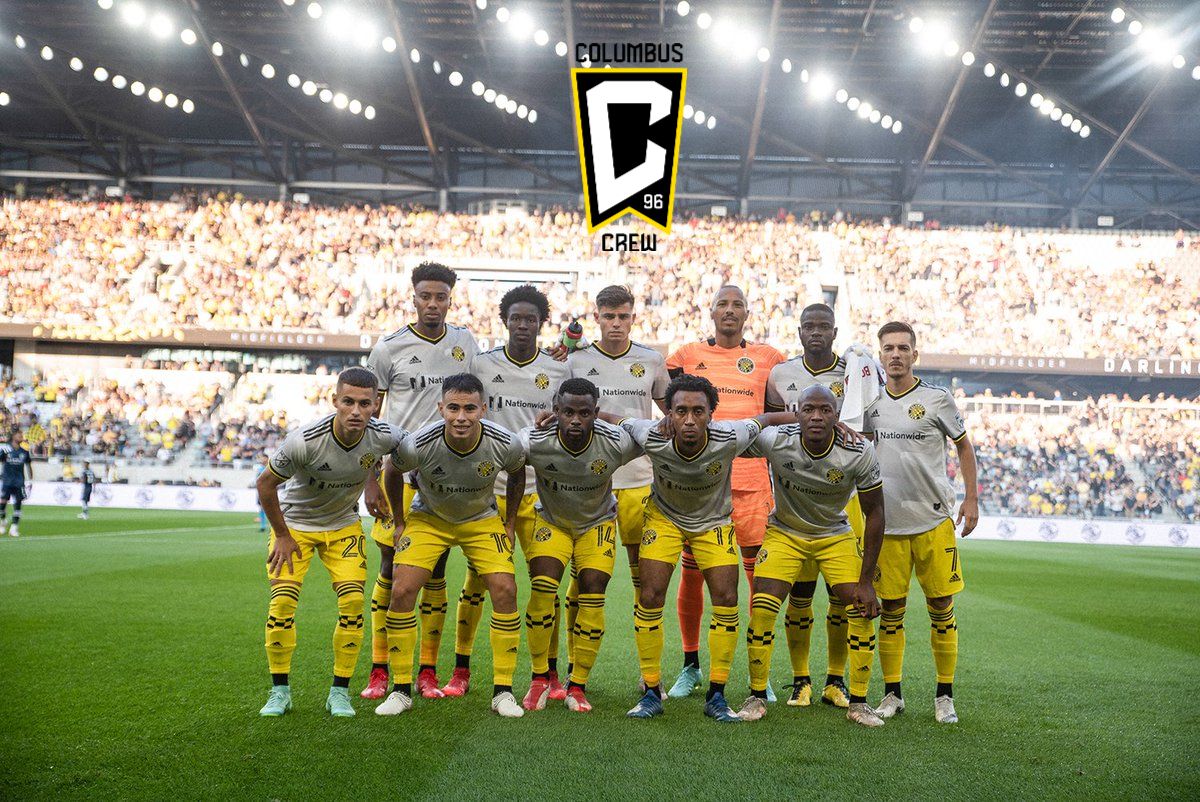 The exhausted and depleted Columbus Crew pulled out their first win in their new home against a dangerous New York City FC, finishing 2-1.

NYCFC came out from the start looking to score. In the 4′, NYCFC forward Valentin Castellanos fired a hard shot at Crew keeper Eloy Room who was able to block the ball and push it away.

A few minutes later in the 9′, NYCFC defender Gudmundur Thoranrinsson took a shot from outside the 18′. The ball seemed to hit Crew defender Saad Abdul-Salaam’s arm. The referee signaled for a PK, but after looking at the VAR of the play, he changed the call to a free kick as Abdul-Salaam was outside the 18 when the ball hit his arm. Unfortunately, NYCFC was not able to capitalize on the free kick.

NYCFC squandered another goal scoring opportunity in the 23′. Thoranrinsson shot a ball that Room was able to block, but in the process he sent it directly across the goal mouth where NYCFC Valentin Castellanos couldn’t get to the ball in front of an open net.

Columbus found the lead in stoppage time of the first half. Midfielder Darlington Nagbe beat NYCFC’s Alexander Callens to take the ball by himself toward the NYCFC goal. Sending a small chip over sliding NYCFC midfielder Keaten Parks and keeper Luis Barraza, Nagbe sent the Crew into halftime with a 1-0 lead.

NYCFC came into the second half looking to make up for all their early missed chances. In the 47′, the Crew defense continued their streak of not definitively clearly a ball and as it bounced around from Crew player to NYCFC player, it finally ended up at the feet of NYCFC midfielder Jesus Medina who tied up the game 1-1.

In the 62′, Crew midfielder Lucas Zelarayan showed why he is the king of free kicks. He curled one towards the top right corner of the net, and while Barraza got his gloves on it, it wasn’t enough to stop it.

Despite NYCFC continuing to be dangerous, they couldn’t tie up the game and the Crew won 2-1.

Eloy Room was the MOTM for the game making 6 saves and kept the Crew in the game. Our typical strong defense seems to be having the same problem of getting clearances out of the box or closing down men at the top of the 18. They need to tighten up the defense, so Room doesn’t have to do as much.

Shout out to the Nordecke who held a minute of silence at the 80′ and held up a two-stick honoring 24 year-old Columbus Blue Jackets keeper Matiss Kivlenieks who was killed on July 4th. The Columbus Crew fans can empathize having lost midfielder Kirk Urso in 2012.

Injuries and call-ups continue to make it difficult for the Crew who are coming up on their third game in 13 days. The team looks tired, and we are definitely missing Artur, Williams, and different options at the wings. This lack of options off the bench makes me worry for Darlington Nagbe, Pedro Santos, and Jonathan Mensah who have played every minute of the last two games and are desperately needed for our upcoming match against Nashville.