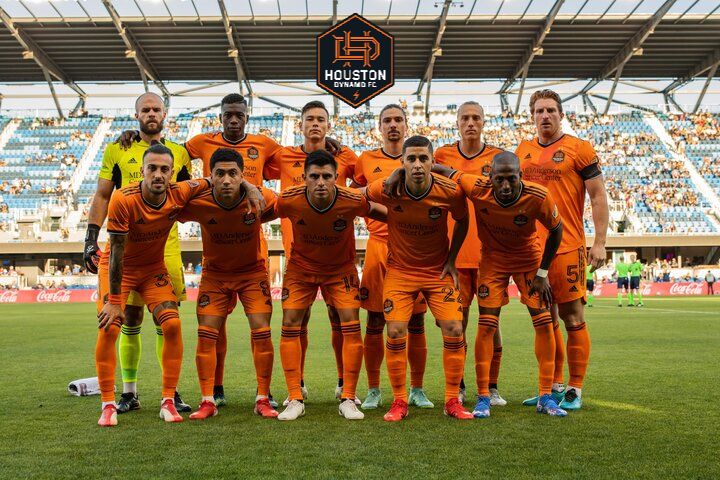 Houston Dynamo FC and the San Jose Earthquakes split points on the west coast, neither team able to break their winless streaks which are tenure-highs for coaches Tab Ramos of Houston and Matias Almeyda from San Jose. Both teams seem to be inching their way through the season one point at a time, with the Dynamo drawing 6 of their last 7 matches and San Jose 5 of their last 7.

That’s not to say that the night was without its share of ridiculously MLS-style action. The most notable event of the evening came in the first half when San Jose’s Nathan plowed through referee Ted Unkel, leaving him with an injury to the face that required Matthew Thompson to make his refereeing debut. I’m not one to wish Unkel, a notorious Dynamo antagonist, back on the pitch; however, for both teams’ sakes, this match required a more experienced mediator on board. (Those with tenderness in their hearts for Ted Unkel should know that he was seen later in the second half watching the match with the bridge of his nose bandaged, seemingly in good spirits.)

One would think that the level of carelessness that allowed Nathan to incapacitate a veteran referee like Unkel might have been managed more carefully through the match. He was repeatedly cited for fouls (6!) but not yellow carded until the 70th minute. By the final whistle, foul counts were high, the tensions among the players were higher, chests were puffing up, and threats were being lobbed from both ends. I can’t help but think that if Nathan – or Remedi, another persistent fouler – had been shown yellow earlier it would have cooled some tempers.

Matthew Thompson did locate his red card for Carlos Fierro, who was ejected from the match in the 97′ after retaliating brutally against a foul from Houston’s Maxi Urruti. He whistled the end of the match moments after.

Houston scored both goals in the match late in the first half. Matias Vera sent off a rocket that blew past two defenders and beat the Earthquake’s Marcinkowski into the bottom right corner in the 40′. Unfortunately for Houston, defender Zarek Valentin’s foot awkwardly caught a ball coming off a free kick from Cristian Espinoza near the corner and tapped it right into the back of the net, leveling the scoreline for San Jose.

Houston’s offense showed uncharacteristic grit, which was a welcome refresh for frustrated fans. Players weren’t backing away from challenges and won lots of balls in the midfield. The next piece of the puzzle will be to maintain that possession, as won balls were too often given right back to San Jose. Tab Ramos is still shuffling his starting defenders, bringing Griffin Dorsey to the back line for this match – his Dynamo debut and only his third MLS appearance.

Hopefully coming home will be a balm for the bruises from this very physical bout when Houston hosts RSL on Saturday, while the Earthquakes head up the coast to meet Seattle.