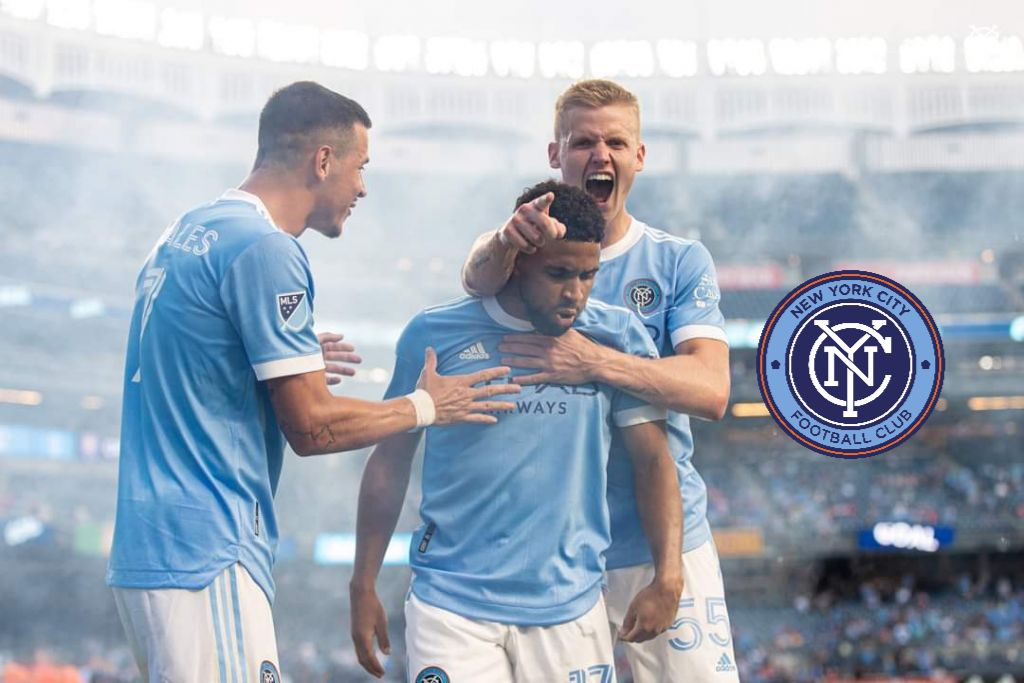 Oh, Yankee Stadium, how we’ve missed thee. It’s been a long time since New York City FC played a true home game in the Bronx. Since May 15th against Toronto FC, to be exact. The results on the road have been frustrating, for lack of a better word. With a string of disappointing losses against CF Montreal and Columbus Crew, NYCFC was looking for a stronger performance with better finishing in the final third. Striker Taty Castellanos had failed to score in nine games despite starting the season with five goals in five games.

The Front Office of New York City FC has been facing more backlash from supporters after they recently announced variable ticket prices for the remaining games in the season. Many season ticket holders now find themselves having to pay out-of-pocket to attend the last few games of the season, after they were originally told leftover money would be rolled over into next year. This unfavorable information breaks on the tail end of more bad news regarding a permanent, soccer-specific, home stadium for NYCFC within the five boroughs of New York City. It was as if the club and the city had finally come to compromise on a stadium site, only to have the rug pulled out from under the hopeful supporters one more time.

Despite this negative energy surrounding the club, faithful season ticket holders were eager to support the Boys-in-Blue back at Yankee Stadium against the second in the East, Orlando City SC. Still treading water in the middle of the table, NYCFC needed to turn possession into goals against Orlando – and the New York City faithful were rewarded with one of the strongest performances of the season.

Orlando City goalkeeper Pedro Gallese saved three shots, while another four shots missed and one shot by midfielder Maxi Moralez bounced off the post, all within the first 30 minutes of the game. NYCFC maintained great possession and demonstrated a much cleaner ability to complete passes than they have all season. During the first half hydration break, head coach Ronny Deila of NYCFC made some tactical changes to the formation by making Maxi Moralez the central 10 and Jesús Medina to the left wing. The changes became immediately apparent on the pitch.

With only five minutes left in the first half, Taty surged forward toward goal, watching the ball fall toward him. Orlando defender Antônio Carlos ran parallel with Taty, colliding with him and causing the striker to fall. By sheer luck, the ball bounced off Taty’s head and into the feet of Jesús Medina. Medina streaked forward and shot the ball from distance, finally beating Gallese and putting NYCFC up 1-0 with his seventh goal of the season.

The beginning of the second half saw Orlando City coach Óscar Pareja make two changes to his lineup and the team immediately took a shot on goal. It was saved by NYCFC goalkeeper Luis Barraza (starting in place of Sean Johnson, still away with the USMNT at Gold Cup), his second save of the match. Barraza earned his first clean sheet Wednesday night against CF Montreal and was looking to continue his streak.

In the 53rd minute, NYCFC’s Malte Amundsen delightfully switched the ball from the opposite side of the pitch to Tajouri on the wing. Dribbling past Orlando City defender Rodrigo Schlegel, Tajouri took a shot from distance. Gallese was able to get his fingertips on the ball, but it wasn’t enough to save the goal. NYCFC found themselves up 2-0.

The pressure from NYCFC did not stop with a comfortable two goal lead. Over the next ten minutes, Orlando found themselves defending against multiple attacks, including four shots, to the delight of the home crowd. Taty, desperate to break his drought, continued to put himself in good positions, but still found himself unable to beat Gallese. With a ball passed slightly to his left by Thiago, Taty was unable to shoot directly at net. Instead he opted to cross to Moralez who easily finished the cross, putting NYCFC up 3-0 and sending the supporters into roaring celebration.

In the 79th minute, NYCFC’s Malte Amundsen passed the ball off to Moralez then immediately made a run toward the box. Moralez followed his progress and nonchalantly chipped the ball up and over a wall of players in the box. Malte managed to keep himself onside while beating his defender to cheekily clutch yet another goal for the Boys-in-Blue while chalking up his first MLS goal.

With only ten minutes plus stoppage time left, it looked as if Taty was going to face another goalless game and, as usual, not for a lack of effort. Taty has often found himself in the right place, but just unable to finish with accuracy. Taty continued to put pressure on Orlando City SC. In the 82nd minute, Keaton Parks stripped the ball from Orlando and passed it off to Taty. Taty found himself in front of two Orlando defenders, but saw Maxi open to his left. Taty unselfishly passed the ball to let Maxi take the shot. While Maxi lined it up, Taty continued running forward, shoving his way past the defenders. Gallese was able to save Maxi’s shot, but Taty followed up on the rebound, finally able to earn himself another goal. The relief could be seen on his face as he roared into the crowd, who were happy to return the roar.

The game ended 5-0, a score NYCFC had been playing toward for weeks now. Statistics have shown NYCFC with good possession and shots, but frustrating results were often the outcome. The boys needed such a dominant game to breathe some life back into their play and boost their confidence.

NYCFC hopes to bring that confidence into the next game. They will host Columbus Crew at Yankee Stadium on Friday, July 30th, 2021 at 7:30PM EST.