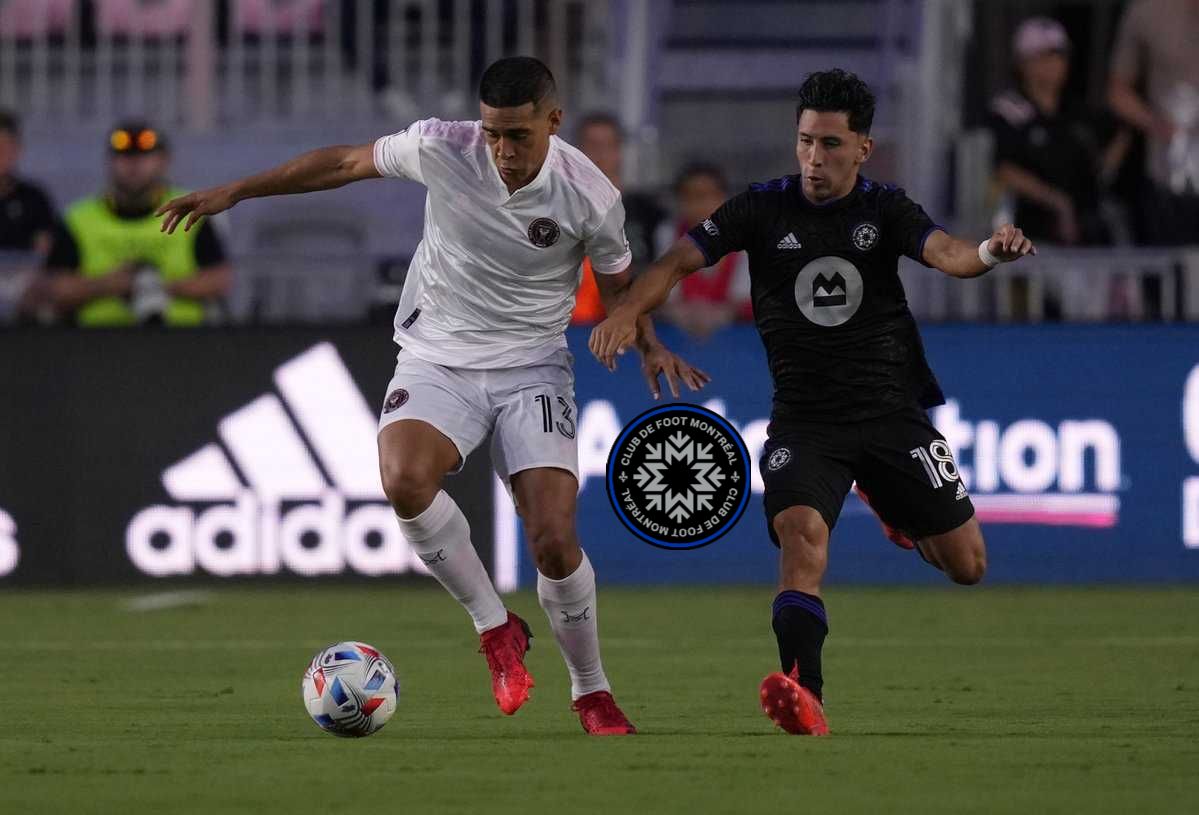 CF Montreal’s six-game unbeaten streak seems eons ago. A schedule full of road games, with several key players unavailable and a packed schedule … It’s hard to think of a worse time to fall into such a slump. After their roller-coaster homecoming win over FC Cincinnati, CF Montreal have now lost three matches on the bounce.

In the most recent loss, CF Montreal visited a familiar stadium — their home away from home for the first part of the season, DRV PNK Stadium in Fort Lauderdale. Montreal had beaten the landlord team twice and was looking for a third win against a reeling side that was facing eight matches without a win. Entering as the favourite in a stadium that would theoretically be less hostile than most, it was the perfect trap match.

Despite the worrisome defensive performances, Wilfried Nancy deployed his preferred 3-5-2, with Mathieu Choinière slotting over to the left wingback position. Miami manager Phil Neville dropped Blaise Matuidi to the bench for a second consecutive match as the brothers Higuain paired for a rare start together.

The match started in Montreal’s favour. Joaquin Torres, who has become an undeniable spark in offensive animation, seized upon a loose ball in the box to grab his second goal of the season in the 20th minute, allowing Montreal to enjoy a first-half lead, despite Miami starting to turn some screws following the goal.

Immediately after the second half began, Montreal’s defensive shortcomings were on full display. A failed offside line led to a penalty conceded after Zohran Bassong and Federico Higuain came together in the box – And it was converted by Gonzalo Higuain. The goal appeared to shake all eleven players in black on the pitch, as Mason Toye missed several undeniable chances, particularly an opportunity when he rounded the keeper but blazed his shot well into the stands.

The generalized panic along the back line was never more evident than in the 69th minute. As the defensive players struggled to play out of the back, Rudy Camacho found himself under pressure at the 18-yard line. In attempting to move the ball between his feet, he lost possession, allowing G. Higuain to bag a brace. James Pantemis got a hand to the shot, but was not able to keep it out of the net.

Montreal will return to Stade Saputo on Wednesday, August 4th, to face Atlanta United, another team in dire need of a result.