D.C. United are Unbeaten in Five Matches with 2-1 Win Over CF Montreal 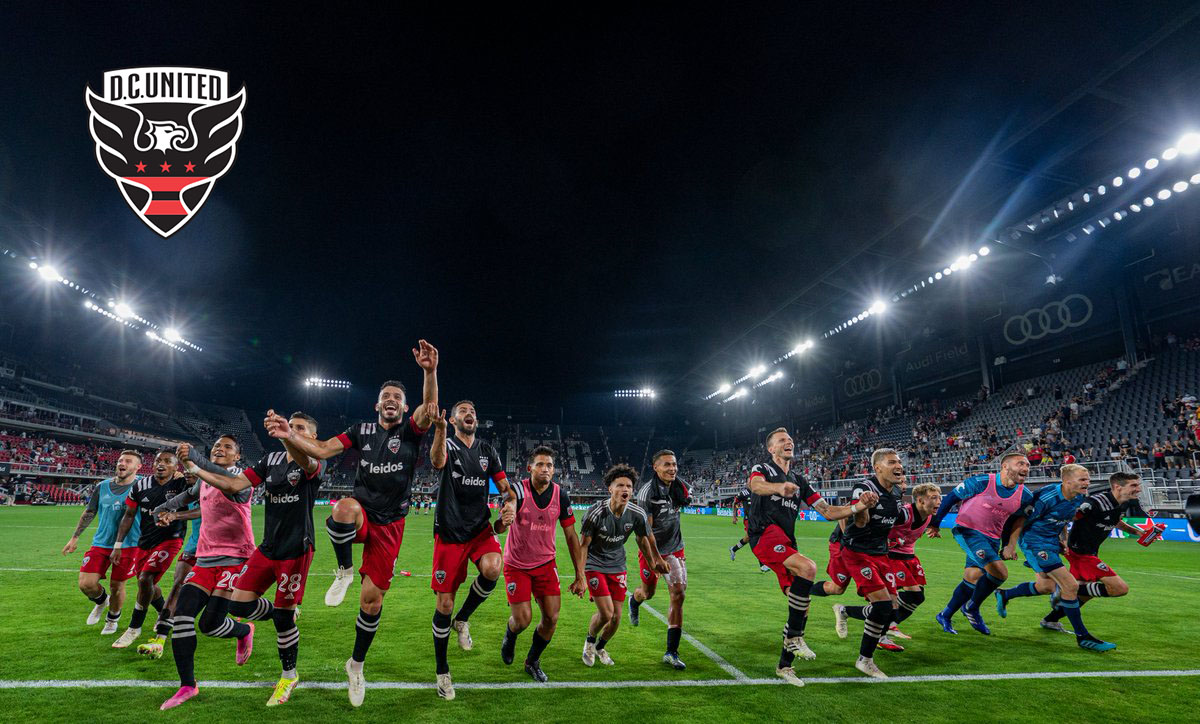 Despite a roster riddled with injuries, D.C. United tallied a fifth unbeaten match, taking all three points at Audi Field with a 2-1 win over CF Montreal. The win places D.C. comfortably within playoff contention. Reflecting post match, head coach Hernán Losada said, “you feel like this team is getting very mature and knows how to close games.”

The Black-and-Red welcomed back USMNT player and Gold Cup winner, Paul Arriola, for the first time since the 7-1 demolition derby against Toronto FC on July 3. Suffice it to say, he has been missed. Slick service from Arriola within the first ten minutes of the match set up precocious homegrown Kevin Paredes for a chance in heavy traffic. While the shot may not have hit its mark, the moment was telling as to the kind of impact Arriola has on the pitch. If he and Julian Gressel keep providing such stellar service, the Black-and-Red are going to be even more dangerous.

Montreal’s Zachary Braille-Guillermo snuck a neat shot in toward the back post, slipping the ball by John Kempin to open the scoring in the 16’. Montreal seemed to have planned for stalwart goalkeeper Bill Hamid’s absence (due to an injury sustained in Columbus), capitalizing on their early energy to press D.C. United.

Unlike the D.C. United we’ve seen in seasons past, an opening goal by the opposition doesn’t spell disaster, it’s simply motivation for the Black-and-Red to attack with even more veracity. Despite being almost halfway through the season, the confidence of Losada’s squad never fails to thrill.

Andy Najar danced through traffic around the half-hour mark, with some fancy footwork, to fire off a shot but there was perhaps a little too much spice served up and the ball went high. It didn’t take long for Najar to find another opportunity and cash in. In the 40’ he headed a ball – served up by none other than Julian Gressel – into the top of the net, past Montreal’s Sebastian Breza. It was Najar’s first goal in Black-and-Red since September of 2011 and the celebration said everything. It was a touching moment to see a joyful Najar and assistant coach Nicolas Frutos bask in the result of so much hard work.

For Losada, this moment was the proof in action of all the belief he and Frutos have placed in Najar from the beginning. “It’s beautiful to see the progress of a player like Andy,” he said with a smile. “I think Andy is the best example of how this team has developed and grown in the last couple of months.”

Montreal tried to dismantle their host’s defense, making a few nail-biting runs in D.C.’s half. In the 44’, Sanusi Ibrahim caught Kempin out of the net and raced to make his shot. Unable to stop him, the frustration on Gressel’s face was evident, but not for long. Ibrahim missed the open net. Despite the sharp run, Montreal wouldn’t take the lead before the half- or at all.

D.C. striker Ola Kamara banked his 10th goal of the season, the game winner, in the 54’. Tony Alfaro provided the assist after outwitting a struggling Montreal defense. The focus on fitness and positivity in Losada’s system is clearly working for Kamara; he is absolutely thriving and on track to match his early MLS goalscoring performance.

The pressure for Montreal to find opportunities in the second half led to gritty play. Kevin Paredes was taken down by a nasty foul that saw training staff rush onto the pitch. While Kamal Miller was shown yellow for the foul, Losada was not convinced. (For the record, neither was this writer.)

At the conclusion of the press conference, Losada made his thoughts known:

“I really believe that the foul on Kevin Paredes is a straight red card. It’s a brutal foul that was only punished with a yellow card. So, I hope the League will start to protect those players like Kevin like they used to protect all the DPs. Kevin Paredes is one of our DPs, maybe not on paper but he shows up every single week and every time he needs to play. That was a brutal foul that needs to be punished, so I hope they start to protect our offensive players much better.”

As the second half progressed, it was clear that energy was fizzling out for both teams, which was expected as both D.C. and Montreal came into the match with slim rosters due to injury. We’re currently in that stretch of the season where matches are coming fast and furious, sometimes three a week with no real chance for players and coaching staff to catch their breath. The slog only gets more intense as we move forward, with teams more conscious than ever that they need to grind out results to get or stay above the playoff line.

Losada understands the challenge ahead: “I said to the players, we need to stay humble, because there is a lot to come and a lot of hard games to come, but we are one point from third place. We already have a gap with the teams below us. We need to keep on working. I believe there [are] still things that we can do better, and it’s important to stay humble and stay hungry… because this team is a tough team to play against and I really like [being] their coach.”

Next up, D.C. will take a road trip to Nashville on August 15. Success will see the Black-and-Red climb the table even further.