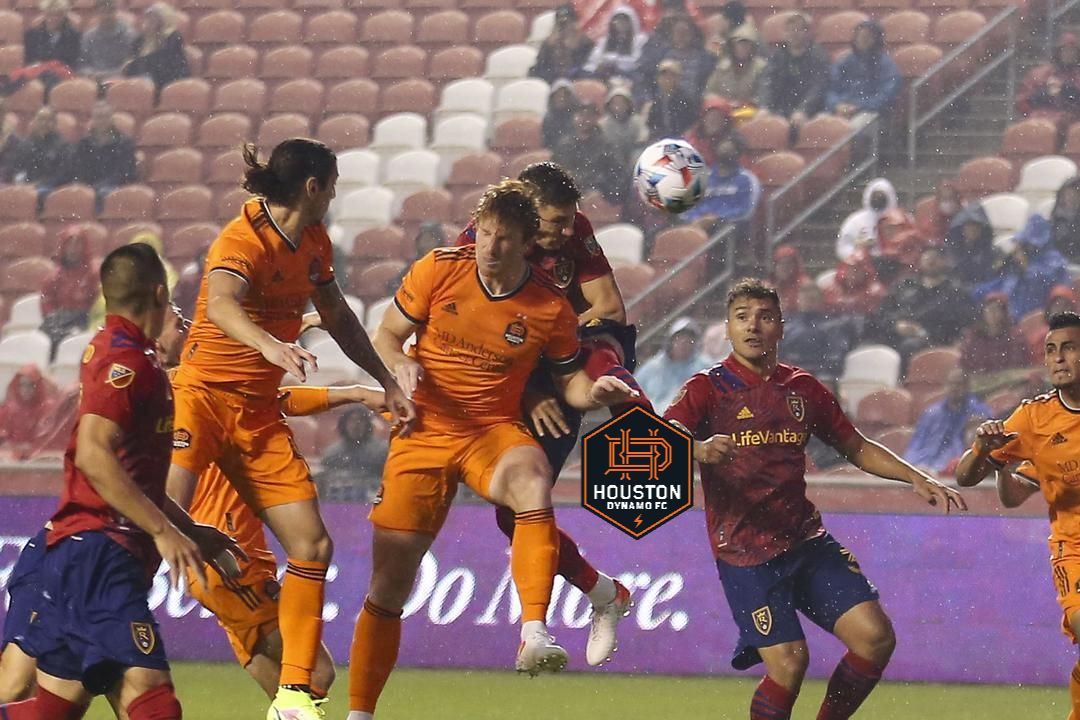 The Houston Dynamo FC continue their slog to the bottom of the Western Conference with their fourth straight loss in a soggy, mid-week match against Real Salt Lake. After fans begged for weeks to see the team break out of their rut of repeated draws, the team seems to have settled into a new normal of disappointing defeats. That is not to say that there were no good aspects to Wednesday night’s match – the team showed a good effort that has been missing in recent matches and held RSL to a draw for a solid half hour before falling prey to the old habit of losing composure, structure, and ultimately the match in the final minutes.

As I pointed out in this week’s podcast, it feels like Houston is still trying to find their footing with a constantly rotating Starting XI. Halfway through the season, new faces are still popping up in the lineup and the chorus of “the players are getting to know each other and settling into a system” is becoming deafening.

RSL took the lead early when Houston’s defense was caught up in the midfield with a goal from Meram in the 6th minute. Houston had a couple of opportunities but largely seemed to just hold on through the first half. Tab Ramos’ halftime redirection must have really hit the mark as the Dynamo came into the second half with a renewed sense of purpose and motivation. In the 51st minute, Houston capitalized on a corner kick and Fafa Picault landed a header into the net to tie things up.

Houston fought hard through the second half, and there were chances that hinted that they may actually have a game winner coming. However, when last minute changes came around the 80th minute, RSL and Houston couldn’t have reacted more differently to the fresh legs on the pitch. Real Salt Lake’s system solidified with fresh legs while the Dynamo seemed to go right back to the first moments on the pitch as Joe Corona and Memo Rodriguez struggled to find their footing. The final ten was no time to restart that process, and Salt Lake capitalized on the confusion with a second goal courtesy of Julio in the 88th minute.

A quick shout out to smaller soccer media outlets for the coverage of this match, as most big-name match reviews identified one of the 84th minute changes for the Dynamo as Maynor Figueroa coming into the match. Those of us that follow the squad for passion and not a paycheck recognized Memo Rodriguez came into the match instead. Support your local soccer media, folks.

Houston will host their original Texas Derby rivals from Frisco this Saturday, FC Dallas, and hopefully the rivalry motivation will spur the Dynamo into their first win in three months. Real Salt Lake continue their road tour with a stop in Colorado on Saturday to face the Rapids.