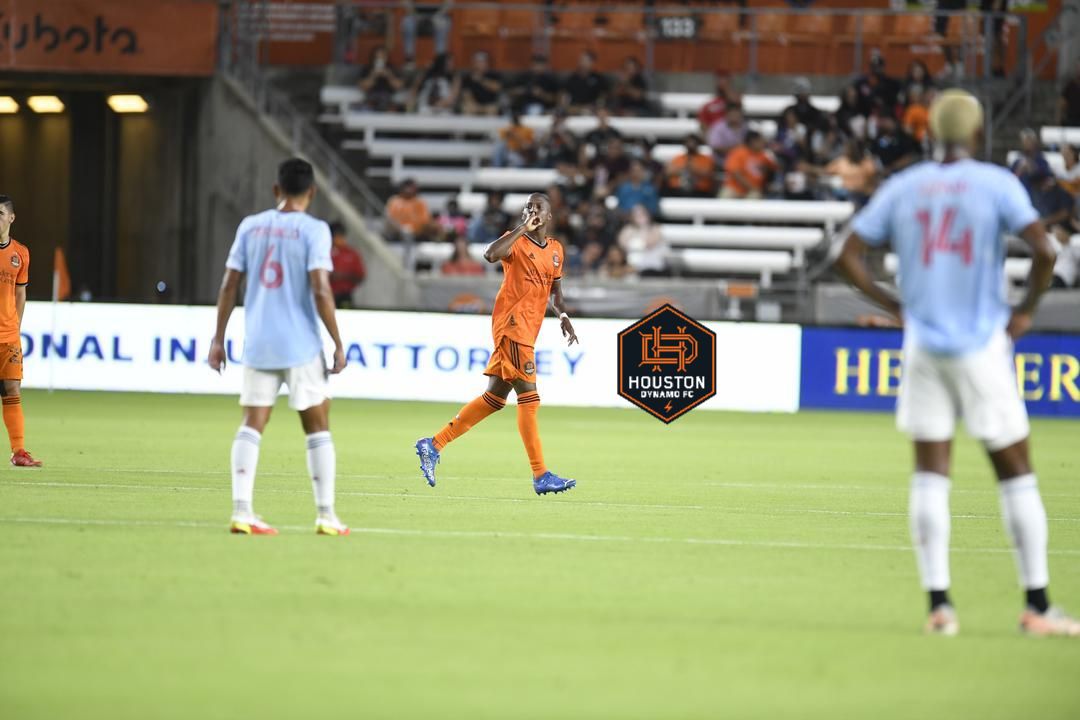 There’s little to say about the draw between Houston Dynamo FC and FC Dallas that isn’t painfully obvious or a redundant retelling of constant issues with Houston’s consistency and endurance, so I’ll just hit the highlights.

The north side of BBVA Stadium saw the majority of the action through the night. The Hustle Town Supporters were provided a front-row show of the best and the worst. The home team attacked there and dominated through the first half. The second half, Dallas dialed in and hammered away at their new attacking side.

Despite excellent possession, and gritty determination while in possession, Houston’s only first half goal came from a penalty earned and scored by former Dallas forward Fafà Picault in the 25th minute. In the second half, FC Dallas stunned Houston with back to back goals in the 54th and again at 58’ from Nikosi Tafari and Ricardo Pepi thanks to poor setpiece defense and a clearance error from Marko Marić, respectively. Matias Vera was able to even the score at 72’ with a nice long ball that surprised almost everyone, Dallas goalkeeper Jimmy Maurer most especially. The scoreline held, sealing yet another draw in Houston.

With that out of the way, I need to speak to a growing rift among supporters of the Houston Dynamo FC. The tifo told a big story last night. There was one section of supporters with multiple signs calling for the firing of Matt Jordan, the club’s General Manager. Some of the fans in this section wore paper bags over their heads, presumably illustrating embarrassment in their team and/or its results. Another section had a simple banner stating, “VENIMOS X LA CAMISETA NO X LOS JUGADORES & D-TIVOS”, translating to “We came for the shirt, not for the players or the executives” (hat tip to Victor Araiza for a great photo and translation). Full disclosure: This latter section is where I stand, though I had nothing to do with the tifo.

I’d like to comment on the differences between these two fan attitudes. It’s not that the upper-bowl supporters don’t make their opinions known on social media that they want better match results, improved management, and big changes – it’s that game time at the stadium is about standing shoulder-to-shoulder and offering support to the club regardless. Passion for the crest supersedes results and continues even through slogs at the bottom of the conference standings.

As a Texas supporter, I saw Austin yank an MLS team away from San Antonio fans and I remain grateful every single match for the opportunity to have this community. And I went to stand with my people when an altercation broke out, because I believe that support means not hiding under a paper bag. I was amazed at the access that my white skin provided me in the midst of that chaos, by the way – which will probably be a larger conversation on an upcoming Resting Pitchface podcast.

The bottom line is that for 90+ minutes at your soccer home, be there for your team and with your soccer family. If you don’t want to be seen showing up, maybe lurk over to a regular section and stay out of the supporters’ space.