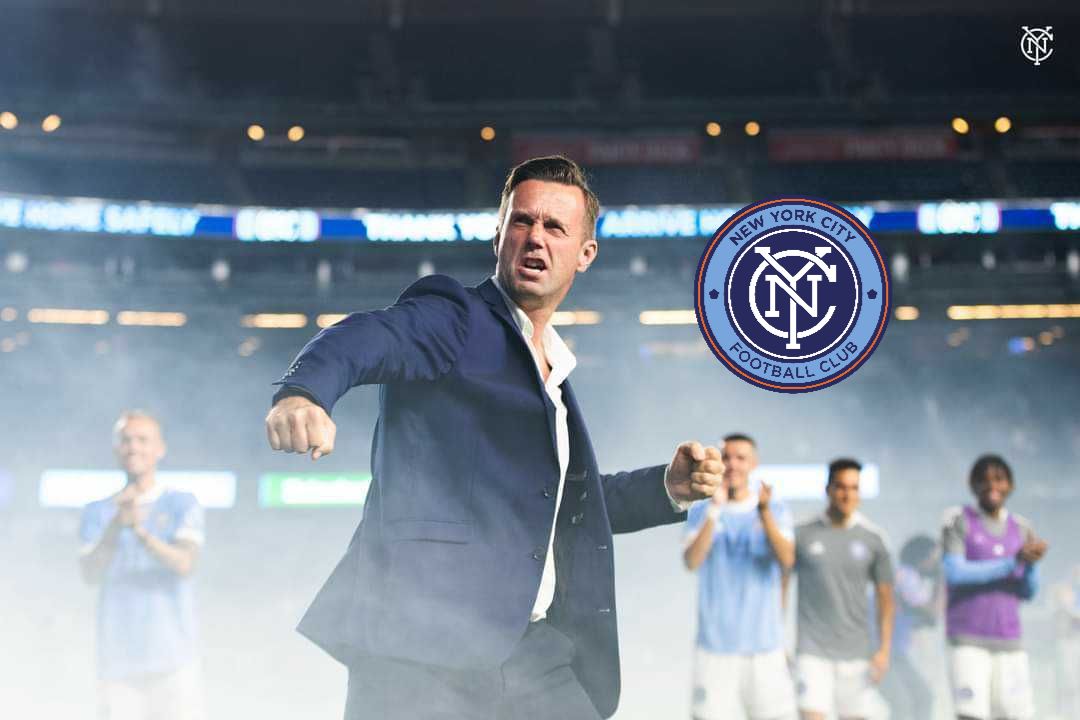 New York City FC took advantage of an unplanned bye week (after a torrential downpour delayed last weekend’s Hudson River Derby) to prepare to bedazzle Eastern Conference leader New England Revolution. With a well-rested squad, NYCFC took the field at Yankee Stadium and completely controlled the game from the first to final whistle. Within minutes of the opening kick, NYCFC midfielder Jesus Medina attempted a left-footed shot from a Maxi Moralez freekick, but it sailed over the goal. The first real chance for New England to score was in the 24th minute when Buksa headed the ball toward goal following a corner kick. His shot went wide of goal, no threat for NYCFC’s goalkeeper and captain, Sean Johnson.

In the 32nd minute, New York City’s midfielder Anton Tinnerholm crossed the ball toward Taty Castellanos. With excellent awareness, Taty popped the ball back toward Maxi Moralez, then made a run into the box. Maxi softly lifted the ball up and over New England’s defense to find Taty, who easily headed the ball over Turner and into goal. Celebrations erupted around Yankee Stadium only to be quickly met with angry roars as the goal was ruled offside.

NYCFC recently saw two goals rescinded by VAR in their match against Liga MX’s Pumas UNAM, but fortunately, VAR would go in favor of NYCFC tonight. After reviewing the play on the sideline monitor, referee Kevin Scott reversed the decision on the field and awarded the goal, much to the delight of supporters and team alike.

In the dying moments of the first half, City midfielder Santiago Rodríguez broke away from New England’s defensive line to receive a ball forwarded by Tinnerholm. Rodriguez danced around New England’s Andrew Farrell and took a shot toward goal. However, Turner was able to block it and the half ended with NYCFC up 1-0.

The second half saw another quick start when Maxi Moralez ran down the wing and delivered the ball across the box toward Taty. Maxi slid across the grass as Taty directed the ball into the back of the net and took off running toward the sideline camera smiling and blowing kisses. Taty had every right in the world to be smiling as the young forward had netted his 9th and 10th goals of the season, both assisted by Maxi Moralez.

Let us please talk about how good of a game Maxi Moralez had against New England. He had two assists, but countless other moments where he was an essential play-maker and got the ball forward efficiently. On his current contract Maxi is set to depart NYCFC at the end of this season and his presence on the field will be a major void to fill by the club.

New York City FC also had such a strong defensive performance against the Revolution. New England wasn’t able to mark a shot on target until the 76th minute of play. Adam Buska’s on target right-footed shot was easily saved by Sean Johnson and NYCFC saw out the remainder of the match with no sweat.

In international news, New York City FC will be without its defensive starters, with James Sands (USA), Maxime Chanot (Luxembourg) Alexander Callens (Peru), and Gudmundur Thórarinsson (Iceland) all earning international call-ups for World Cup Qualifiers. NYCFC will see a heavily changed lineup for the games in September, all of which are considered important matches. Supporters speculate that the postponed Hudson River Derby against the Red Bulls will be rescheduled midweek in late September at Red Bull Arena, potentially leading to back-to-back derbies between the rivals as NYCFC hosts the Red Bulls at Yankee Stadium on September 25, 2021. New England goalkeeper Matt Turner, who had a very strong performance against NYCFC, was also called up to the United States Men’s National Team for WCQ, leaving the Revs without their starting keeper for the month of September.

New York City FC will travel to Nashville SC for their first meeting in Nissan Stadium this Friday, September 3, 2021. The match will kickoff at 7:30 PM EST. Nashville currently sit in third place of the Eastern Conference, merely one point ahead of NYCFC. New York City will be looking for the win to overtake Nashville in the rankings. (If Orlando loses their match against Columbus this Saturday, NYCFC will then be in second place, just behind New England Revolution. Vamos NYCFC.