MNUFC Finds A Point and Possibilities In Philadelphia 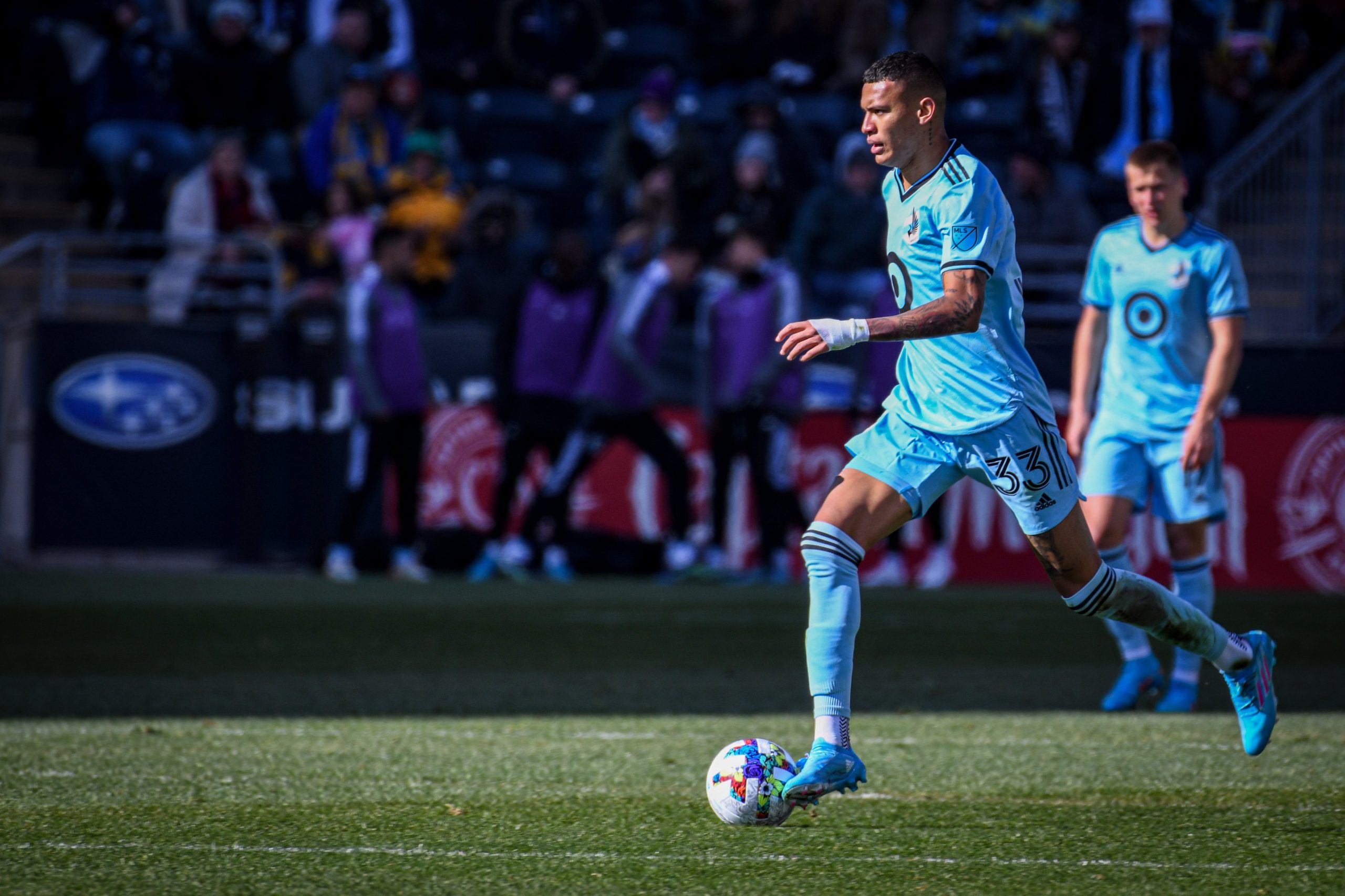 A shuffled yet rejuvenated Minnesota United FC opened the 2022 season on the road at Subaru Park on Saturday, playing Philadelphia Union to a 1-1 draw and notching the league’s first goal of the season.

With three key defensive starters nursing injuries, Minnesota was forced to test its depth in the first match of the season. Head coach Adrian Heath kept his usual 4-2-3-1 but moved Bakaye Dibassy out to left back in place of Chase Gasper (concussion) and debuted Oniel Fisher at right back for Romain Metanire (hamstring). The newly minted Hassani Dotson and Wil Trapp pairing was shelved again when Trapp suffered a hip strain last weekend. His replacement was another debutante; Kervin Arriaga’s paperwork reportedly received final MLS approval just as the squad hit the pitch for warmups.

Jim Curtin’s 4-3-3 staged a midfield battle from the start. The Union’s Daniel Gazdag, Alejandro Bedoya, and Leon Flach traded runs with Loons’ midfielders Emanuel Reynoso, Robin Lod, and Francisco Fragapane. Despite losing some big names from their 2021 postseason and CCL runs (Kacper Przbylko, Jamie Monteiro), Philadelphia’s quality runs deep. Their finishing – not so much. Each run through midfield saw shots either trickle wide or directly into Minnesota traffic.

Unfortunately, that’s a problem for Minnesota too. While an attack orchestrated by Reynoso seems on paper to be just the assistance Luis Amarilla needs to pay off his 23 goal debt, interest will accumulate for yet another week. The Striker Island Effect, once thought to be a player problem, stung Amarilla on Saturday, suggesting once again that it’s perhaps a tactical problem. No matter. The solution is Finnish.

Fragapane found his way into the Union’s third in the 23′ and sent a high angled cross into the box. Amarilla was the target but it fell behind him, finding Lod at the penalty spot. He one-timed a shot over Andre Blake’s shoulder and into the upper right corner for the first goal of the 2022 MLS season.

The home team leveled less than 10 minutes later when a Union setpiece ended with Glesnes crossing the ball past Tyler Miller, to set up a clinical header by Cory Burke waiting near the goal line. The goals sparked some life into both sides, but the tame runs continued and the first half ended 1-1.

The second half was a bit more temperamental, serving up four of the match’s five yellow cards, but the finishing was even less clinical and it was clear that both clubs would happily take one point. The introduction of Bongi Hlongwane and the entrance of Adrian Hunou brought fresh legs for a three point drive and while seven minutes of stoppage time wasn’t enough for them to impact the score, Hlongwane’s presence and Arriaga’s performance are two bonus points in themselves.