D.C. Take Home All 3 Points After a Nail Biter in Cincinnati 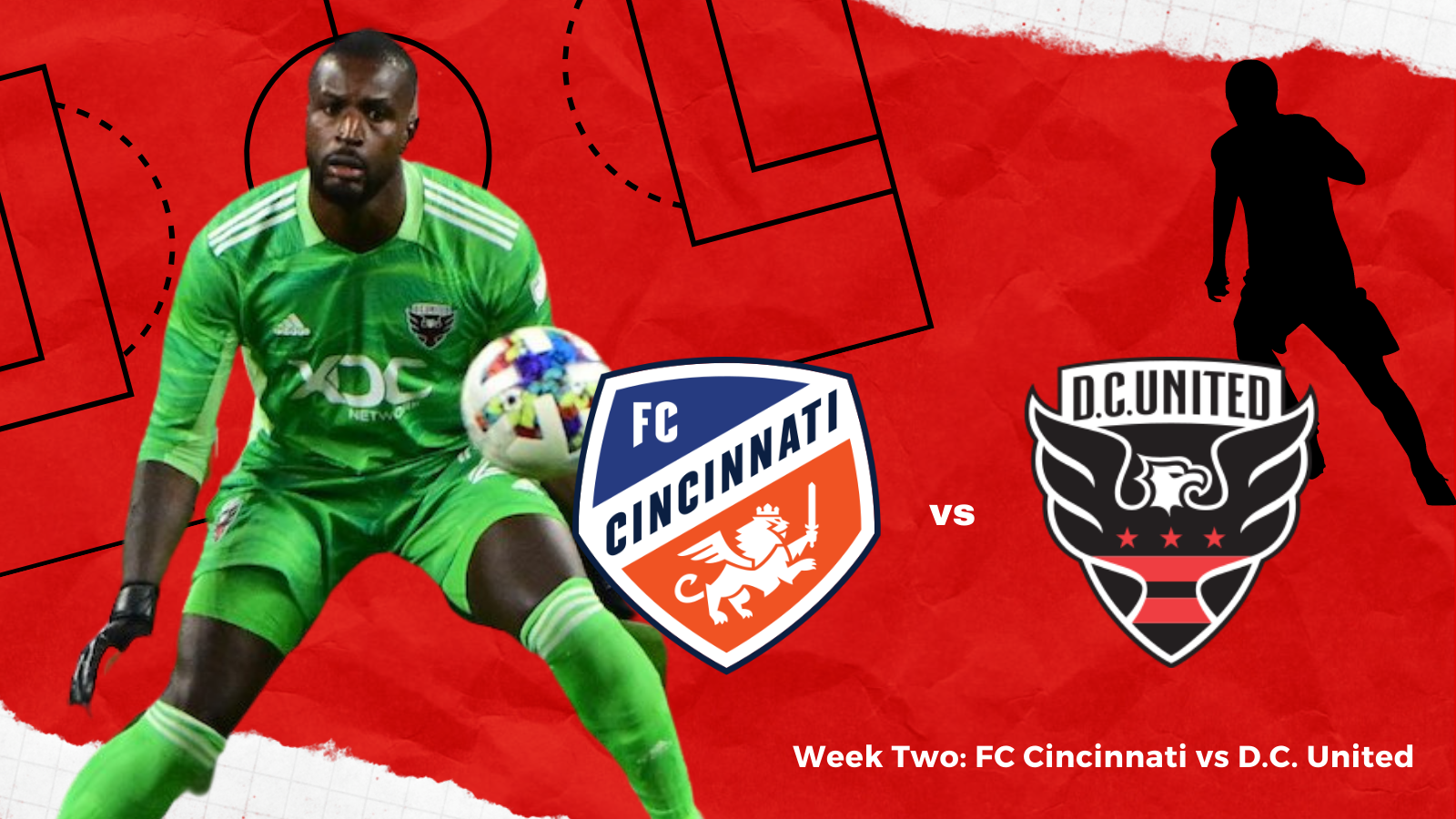 With D.C. United down to 10 men, Ola Kamara converted a penalty kick in the waning moments of stoppage time to secure a road win in Cincinnati.

Chaos, Thy Name is Soccer

Coming off a 3-0 home opener win against Charlotte FC, D.C. United seemed primed for success as they headed up to TQL Stadium. Their opponent, FC Cincinnati, had just been subjected to a 5-0 drubbing by Austin in their first match of the season. Eager to recover from a poor first result, Cincinnati brought their best to their home opener to exploit the least sign of D.C. weakness.

The Black-and-Red seemed to have the match well in hand in the opening minutes, with a near-perfect ball landing at homegrown forward Griffin Yow’s feet. Unfortunately, a save on the line by Tyler Blackett denied D.C. their first scoring opportunity.

By the 18’, D.C. had yet another chance on Cincinnati’s goal, but pressure forced Edison Flores to hold on to the ball just a moment too long and compromised his touch for another near miss. Not to be denied their own chances, Cincinnati’s Brandon Vázquez tried to capitalize on a through ball from Lucho Acosta (formerly a D.C. United player) in the 22′. However Vázquez was caught offside.

D.C.’s Julian Gressel went down late in the first half, apparently injured after a bad knock. The second half of the match would start without him, Adrien Perez taking his place.

Bill Hamid shouldered a heavy load, saving six on-target shots and logging his 80th clean sheet. FC Cincinnati was relentless in their attack, making 16 attempts on goal to D.C.’s 10. Thankfully, attempts don’t count unless they find the back of the net.

Ola Kamara joined the fray in the 60’ for Michael Estrada, alongside Sofiane Djeffal for Drew Skundrich as play intensified. Cincinnati captain Lucho Acosta was determined to find D.C.’s net and was seemingly everywhere on the pitch as the second half wore on, volleying dangerous crosses and making well-timed attempts to test Bill Hamid’s resolve.

In the 78’ a poorly timed kick from youngster Moses Nyeman brought his studs far too high. Acosta went down, winning the free kick. Initially booked with a yellow, VAR resulted in a red – and D.C. United being reduced to 10 men on the pitch in the 80’.

When all chances of a win seemed lost, Cincinnati’s Geoff Cameron conceded a penalty with a handball. Yes, Cameron was in the air and his positioning was a bit unnatural. No, we are not going to question this particular call from referee Pierre-Luc Lauziere that up-ended a ho-hum scoreless draw.

Although he didn’t score within a minute of being on the pitch as he did last week against Charlotte FC, Kamara easily converted the penalty kick in the dying moments of stoppage time to bag all three points for D.C. United in the 90+8’.

Head coach Hernán Losada said, “Every point is important… I think it was the right time to play Charlotte, the right time to play against Cincinnati. And now we’re going to face a team with a lot more experience, and names, and power…We have to go one game at a time. One game at a time, I think is the right mentality. Knowing that we have a lot to improve, but there were also a lot of positives that we need to keep for the future like the amount of scoring opportunities that we create. On the other hand, defensive wise we need to help Bill to have a little less work than he had already for two games.”