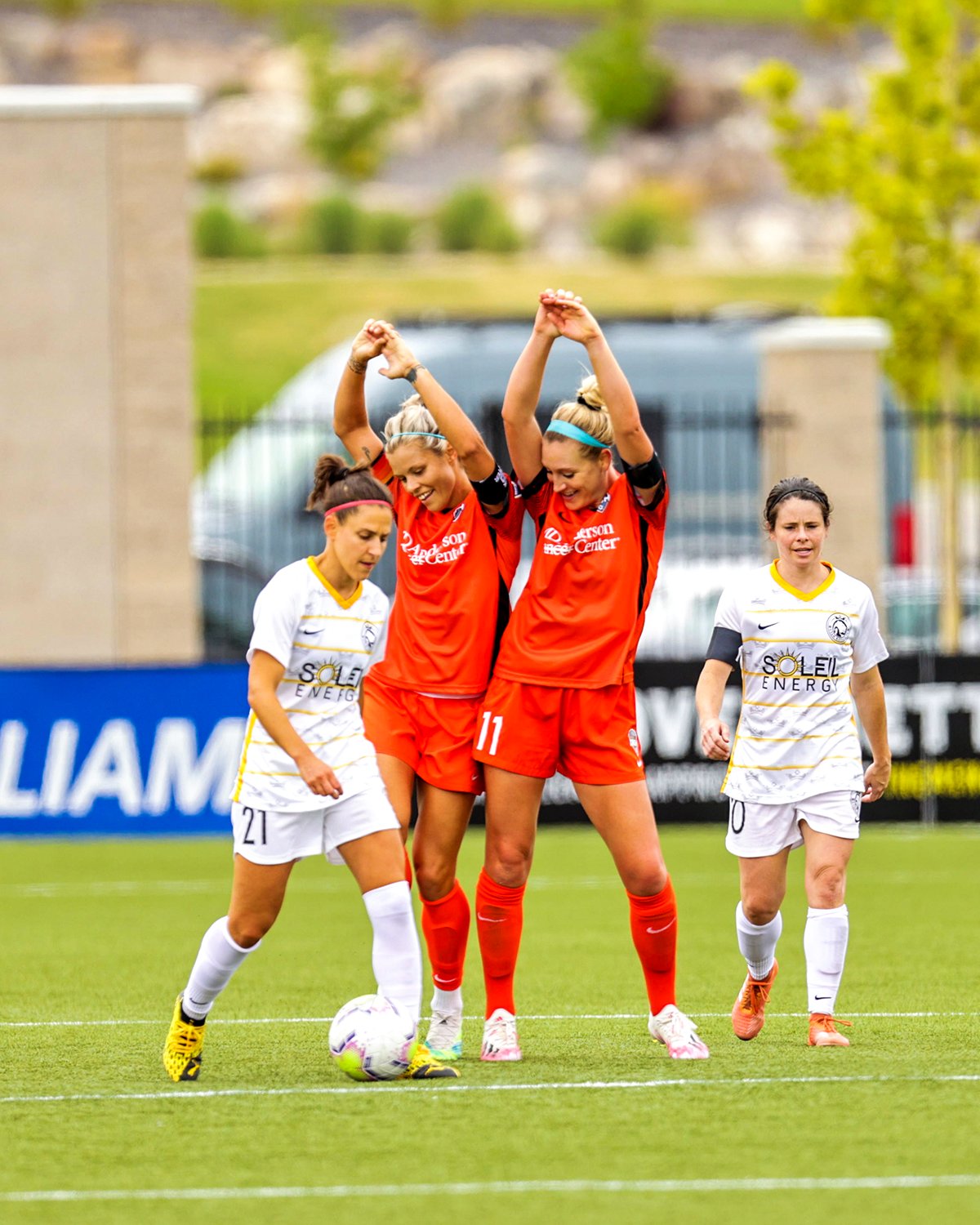 Going into this game, fans across the league were wondering what would happen between the often evenly matched teams. Over the offseason, Houston had multiple big-name roster moves, with stars Sofia Huerta and Kealia Watt (nee Ohai) leaving the squad and veterans Megan Oyster and Katie Naughton coming in.

Utah is in a different boat, with a steady squad but a lot of key players out of this match for a variety of reasons. Christen Press opted out of this tournament. Canadian midfielder Desiree Scott returned home for personal reasons, and Kelly O’Hara was sidelined due to a quad injury.

This match was Craig Harrington’s first game as a head coach of the Royals. He took over the position from Laura Harvey, who accepted a role with the US Youth National Team. In a pregame interview, Harrington said the first five minutes would be crucial — he wanted his team to come out flying and gain confidence.

In the first half-hour, you could see signs of disconnect, and each team getting their rhythm. Soon enough it was back to classic NWSL style, with each team having multiple opportunities. Forwards Rachel Daly (HOU) and Amy Rodriguez (Utah) set the tone for their teams and showed their high-energy, high-press style of play.

In the 35’ Diana Matheson scored the first goal of the game as she tapped in a heated cross from captain Amy Rodriguez. This match was Matheson’s first since 2018, due to a foot injury, and she did not disappoint.

During stoppage time of the first half Houston captain, Rachel Daly tied it up with a short-range volley that snuck past keeper Abby Smith. Daly kept the momentum after the start of the half, getting her head on Kristen Mewis’s corner kick, giving Houston the lead, 2-1 in the 47′.

Houston kept pushing on the gas and eventually got the third goal when Groom launched a beautiful shot into the net from about 15 yards out.

Utah did not settle. They got their second goal in the 82′ when Spanish midfielder Veronica Boquete Giadans bent a freekick around the wall and into the net. The Utah rookie Tziara King got her head on a set-piece and equalized the game in the 88’.

The game ended in a 3-3 draw, with each team earning one point.

Going into the tournament, both teams were missing some big names. Reign was missing Megan Rapinoe, Jess Fishlock, and Sofia Huerta, while Sky Blue was without Carli Lloyd and Mallory Pugh. However, this allowed each team to showcase new talent and give minutes to young players. One of whom for the Reign was Bethany Balcer, the reigning NWSL Rookie of the Year. Balcer, who scored 6 goals last year, became a critical part of the offense with Fishlock injured.

Another young and very talented name in NWSL is Midge Purce of Sky Blue. She is a fantastic outside back, with the skill to play virtually anywhere on the field. Her dynamic, crafty movements provide unmatched energy to Sky Blue’s offense. It is clear that she is a natural playmaker.

In the first half, both teams stayed pretty neutral. The Reign fell into a rhythm of quick-paced possession, trying to shift Sky Blue’s defense in order to open an easy path toward the goal. Kristen McNabb and Darian Jenkins shined on the left side, creating multiple scoring chances. On the other side, Sky Blue used the energy of Purce and the composure of McCall Zerboni to attack. However, neither team were able to put away any opportunities.

Although the game ended in a draw, both teams showed promise. The goalkeepers shined, making difficult saves to keep the shutout– Including an amazing save in the 85’ by Sky Blue’s Kallen Sheridan, denying Jasmine Spencer’s close attempt on goal. Nahomi Kawasumi (Sky Blue) and Jenkins (Reign) led each team in offense but did not put away any of the shots. Both teams will receive a point in the standings, which will impact seeding for the playoffs.

On Saturday, June 27th,  North Carolina rookie Ally Watt left the game early with an unknown injury. It was later released that she tore her ACL, cutting short an already shortened rookie season. We wish Ally the best of luck in recovery and cannot wait to see what is in store for her next season!

With all eight teams having played their first game, here are the updated standings. All teams will make it to the quarterfinals of this tournament, so standings are only used for seeding.

Sep 12, 2021 Evejpowell
Processing…
Success! You're on the list.
Whoops! There was an error and we couldn't process your subscription. Please reload the page and try again.