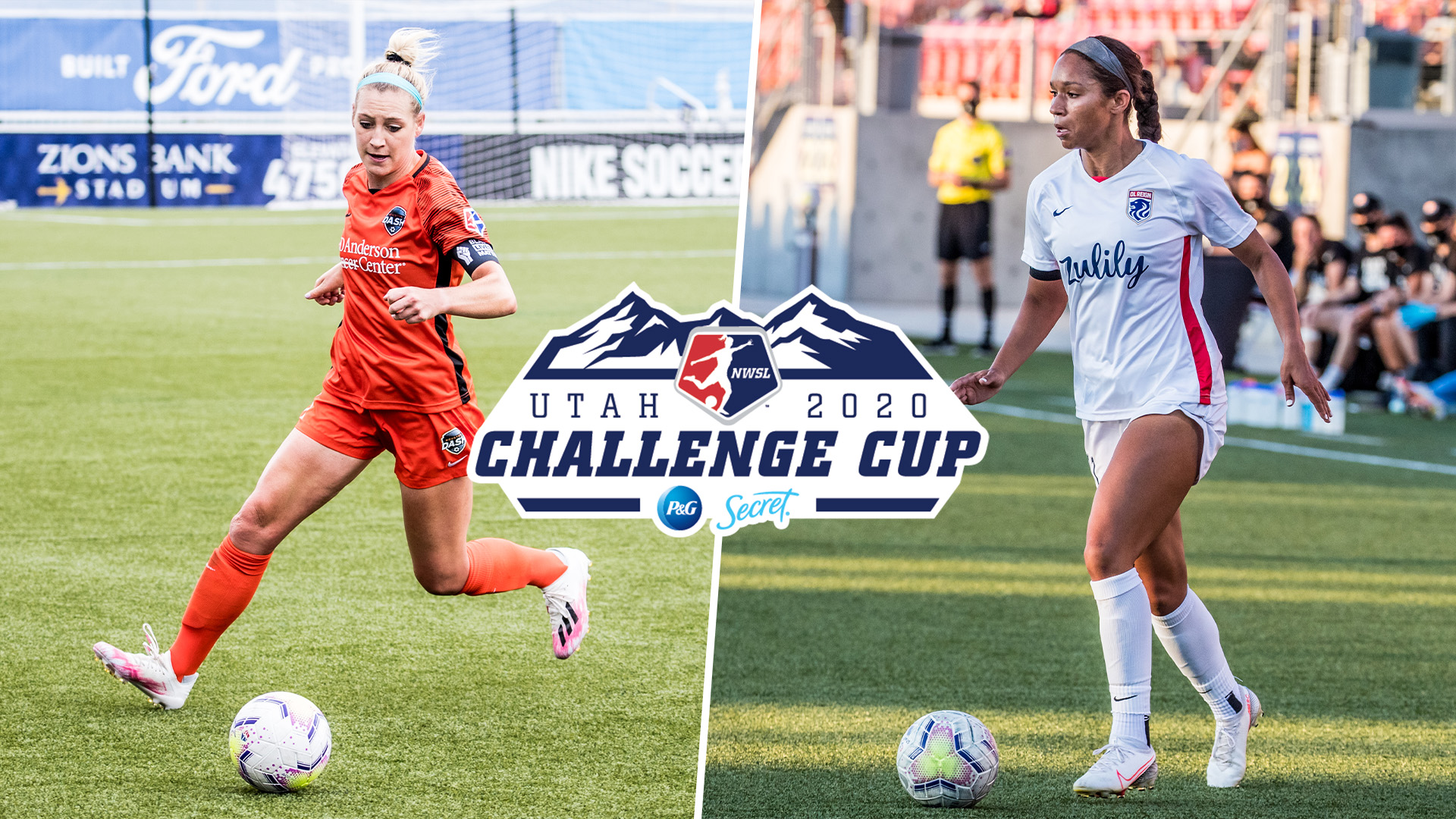 Day 4 of the Challenge Cup featured two teams who opened the tournament with draws. Both were hungry for a win on Saturday and, with Matchday 4 landing on July 4th, they were primed for action.

Sparks flew from Utah immediately after kickoff. Their attacking presence was prominent in a way that Sky blue could not contain. Royals’ captain Amy Rodriguez came out flying, bending her runs to get in good positions, and utilizing her dangerous change in speed. Utah coach Craig Harrington mentioned in pregame that Rodriguez’s movements would be key to their success and something they wanted to focus on through this tournament.

Vero and Lo’eau Lobonta provided great service from Utah’s midfield, supplying forwards Brittany Ratcliffe and Rodriguez as they worked together to create opportunities.

Utah’s hard work paid off in the 42’ as Vero slipped a through ball to Rodriguez and who shot it to the far post past Kailen Sheridan. The game remained fairly lopsided as Sky Blue did not produce much of an attack, but they did hold off Utah’s many scoring opportunities to hold them to one goal.

One observation that has been widely discussed by the NWSL fan community is how Margaret Purce seems withheld at her position as an outside back with Sky Blue. Yes, she is a solid outside back, but where Purce shines is her versatility on the attack. When most of your offense comes from your outside back acting as the main playmaker, you might want to reconsider her position.

Houston brought the fireworks as they faced the Reign to close out the second round of preliminary matches. The Dash’s offense shined, providing lots of chances and finished two of them to secure the victory.

In the 12’ Kristie Mewis capitalized on beautiful buildup play from her teammates, fed through traffic by Shea Groom. Mewis fired from the 18 to put Houston on the board.

The Reign seemed a little lost throughout the game. While they had some opportunities, they lacked a playing identity. With eight shots to the Dash’s ten, not one was on target. And at the back, the Reign’s defense seemed disorganized.

It took Houston until the 53’ to double their lead, when Groom put her head on a perfectly placed cross from captain Rachel Daly.

The teams traded shots and fouls for the remainder of the match, but Houston locked down the 2-0 win. The result bumped Houston to second in the standings (ahead of Utah on goal differential), while Reign dropped to last place with one point from two matches.

Sep 12, 2021 Evejpowell
Processing…
Success! You're on the list.
Whoops! There was an error and we couldn't process your subscription. Please reload the page and try again.